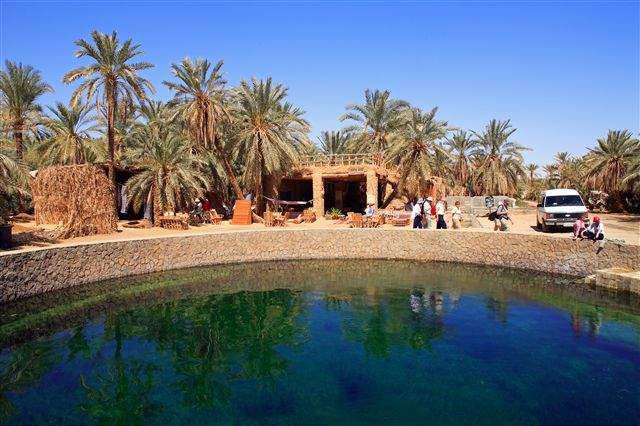 The report further highlighted that the Middle East was the world’s fastest growing spot welcoming international tourists while growth slowed down in Asia and the Pacific. It added that Europe also saw slow growths compared to previous years, at only four percent.

An economic adviser at the World Tourism Organization and member of the UN Economic Commission for Europe, Saeed al-Batouti announced that the number of tourists expected to visit Egypt in 2020 will exceed 15 million, thanks to Egypt’s current stability.

In an interview with the MENA News Agency, Batouti said that Egypt’s tourism sector has significantly recuperated with 13 million tourists having visited Egypt in 2019 due to efforts by the political leadership to support the tourism industry.

Also a board member of the German Travel Association (DRV), Batouti added that the Italian and Spanish markets are particular targets for Egypt, with 422,000 Italian tourists having visited Egypt in 2018 while 66,000 from Spain did.

Praising the recent step of merging the ministries of Antiquities and Tourism together, Batouti said that this would help augment tourist flow into Egypt – especially with the inauguration of the Grand Egyptian Museum.

Lexie Alford, who broke the Guinness World Record as the youngest traveler to visit all of the world’s 196 countries at the age of 21, chose Egypt on the top of Forbes’ “Where to Go Next” 2020 list, referring to the highly-anticipated opening of the new Grand Egyptian Museum.

Constructed on approximately 500,000 square meters, the mega museum is located near the Giza Pyramids and is expected to be one of the largest museums in the world showcasing artifacts from a single civilization.

The museum will break new ground and aims to impress with King Tutankhamun displays, exhibiting artifacts that have never been shown since they were unearthed in 1922. After several years of work on restoration and transportation, the GEM is expected to house around 100,000 artifacts from various periods of Egypt’s rich history.

Egypt witnessed a 177 percent increase in the number of North American visitors in 2018, according to Intrepid.

A recent report by the Arabian Travel Market (ATM) revealed that the number of visitors to Egypt annually is expected to increase by 50 percent over the next few years from 1.49 million in 2018 to 2.23 million in 2022.

The report predicts that travelers coming from Europe to Egypt will represent a major boost to the tourism sector, anticipating 9.1 million tourists in Egypt in 2022 compared to just 6.2 million in 2018.

Bloomberg highlights Cairo, GEM in “Where to Go in 2020” list

Egypt is number one 'off-the-beaten-path' destination for Americans in 2020: USTOA