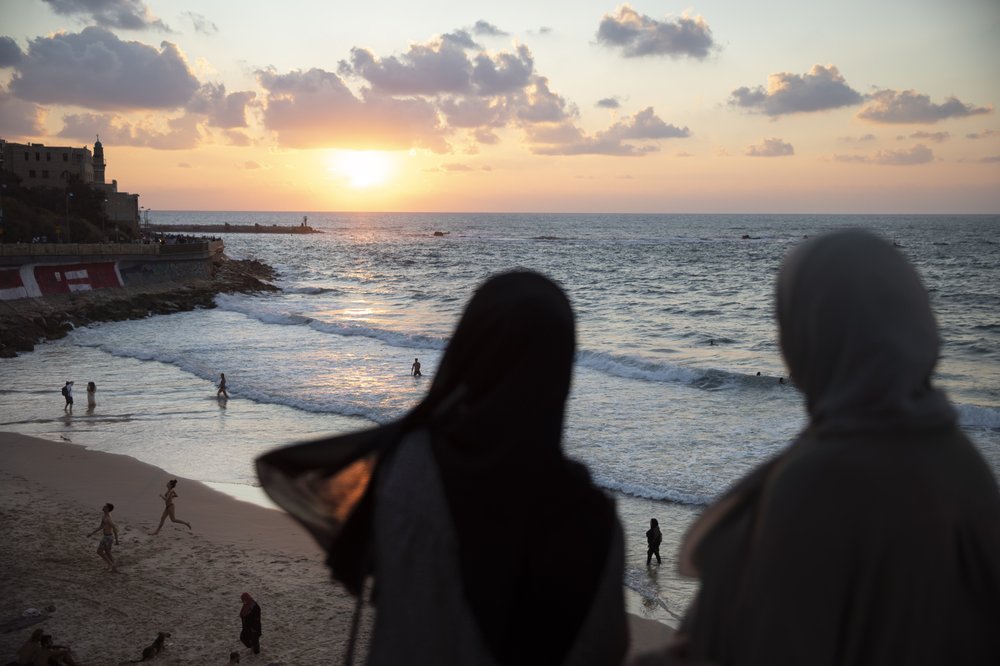 NAZARETH, Israel (AP) — When election results confirmed that an Arab alliance had emerged as the third largest bloc in Israel’s parliament, its leader Ayman Odeh reached for the Old Testament, tweeting

in Hebrew from Psalm 118 that the stone which was rejected had become the cornerstone.

His message: The Arab community, long shunted to the margins of Israeli society, is going to use its newfound influence to set the country on a more equitable path.

The results left the two biggest parties deadlocked, but marked a victory for the Arab bloc and put Odeh in a strong position to become the first Arab opposition leader, an official role that would allow him to receive high-level security briefings and meet visiting heads of state. Outraged at what they see as Prime Minister Benjamin Netanyahu’s racist policies and incitement, most of the bloc recommended his opponent, former army chief Benny Gantz, as prime minister, the first time Arab parties have backed an Israeli candidate since 1992.

The potential for newfound influence has forced Arab citizens to confront a dilemma going back to Israel’s founding: Working within the system might secure social gains for the marginalized community, but risks legitimizing a state that many feel relegates them to second-class status and oppresses their Palestinian brethren in the occupied territories.

“We truly want to support Gantz,” said Abed Abed, a food wholesaler in the Arab town of Nazareth in northern Israel. “But at the same time we are Arabs, and the people in Gaza and the West Bank are our brothers. If Gantz goes to war in Gaza tomorrow, then we can’t be part of it. So we’re in big trouble.”

Israel’s Arab citizens make up 20% of the population of 9 million and are descended from Palestinians who remained in Israel following the 1948 war that surrounded its creation. They have citizenship and the right to vote, they speak Hebrew and attend Israeli universities, and have increased their presence in a wide array of professions, from medicine to tech startups.

But they still face widespread discrimination, particularly when it comes to housing, and accuse Israeli authorities of ignoring crime in their communities, contributing to soaring homicide rates. They also have close family ties to Palestinians in the occupied West Bank and Gaza, and largely identify with the Palestinian cause.

That has led many Israelis to view them as a fifth column allied with the country’s enemies, fears Netanyahu has repeatedly exploited to whip up his right-wing base in election campaigns.

The Joint List of Arab parties has vowed to use its political influence to address day-to-day struggles while remaining outside any government. No Arab party has ever sat in an Israeli government, and none of Israel’s main parties have invited them to do so.

The issues Arab leaders face, and the limited means available to address them, were on display Wednesday in the northern town of Shefa Amr, known in Hebrew as Shfaram, where Israeli forces demolished two homes that had been built without permits. That ignited clashes between local youth and Israeli police, who detained around a dozen people.

“They consider us second-class citizens,” said Sabri Hamdi, one of several angry residents who gathered outside the police station. “They want us to despair and leave the country, but we will not.”

Aida Touma-Sliman, an Arab lawmaker from Odeh’s party, arrived shortly after the clashes ended. The crowd outside the police station parted to let her through, and she met with Israeli officers inside to press for the release of the detainees. After about 15 minutes, she emerged with what she said was a commitment from the police to process the cases quickly.

“Change is not going to happen in a few days. It’s a long battle,” she told The Associated Press. “We gained three seats but the political situation in Israel hasn’t changed. The racism is still there.”

Rights groups say systematic discrimination in planning and approvals has restricted the growth of Arab communities for decades, forcing those with growing families to build without permits and leaving them vulnerable to home demolitions.

Odeh listed housing equity among the Joint List’s top demands in a New York Times op-ed in which he endorsed Gantz while refusing to join his government.

He called for more resources for law enforcement, better access to hospitals, a rise in pensions for all Israelis and programs to combat domestic violence. He also called on the next government to revive the peace process with the Palestinians and to repeal a controversial law passed last year declaring Israel the nation-state of the Jewish people.

“Arab Palestinian citizens can no longer be rejected or ignored,” Odeh wrote. “The only future for this country is a shared future.”

A poll carried out by the Israel Democracy Institute at the start of the year, before Israel’s unprecedented back-to-back elections, found that 76% of Arab citizens were in favor of their parties joining an Israeli government and 65% were proud to be Israeli, the highest rate recorded since 2003. The nonpartisan think tank polled 536 Arab citizens, with a margin of error of plus or minus 4.5 percentage points.

It also found that 58% of Arab citizens were dissatisfied with their leaders, something the pollsters attributed in part to their prioritizing the Palestinian cause over domestic issues. But for many Arab citizens, the two are inseparable.

“Domestic concerns cannot be separated from the general political oppression exercised over the Palestinians,” says Nijmeh Ali, a political analyst at Al-Shabaka, a Palestinian think tank. To do so is an attempt to undermine the political legitimacy of Arab leaders and “depoliticize” what is seen as institutionalized discrimination, she said.

The dilemma over how much to engage in politics continues to divide Arab citizens. The three lawmakers from the hard-line nationalist Balad party, which is part of the Joint List, refused to endorse Gantz.

“It’s clear that Palestinians inside (Israel) want more influence,” said Heba Yazbak, a newly elected Balad lawmaker who recently completed a Ph.D. in sociology at Tel Aviv University. “But if you ask any Palestinian in this country if they want us, as the Arab parties, to join a government of occupation, a government whose budget is devoted to the occupation, to besieging Gaza, the answer will be no.”

By JOSEPH KRAUSS and MOHAMMED DARAGHMEH

Photo: In this Monday, Sept. 23, 2019 photo, Two Israeli Arab women overlook the Mediterranean sea, in the mixed Arab and Jewish city of Jaffa, near Tel Aviv, Israel. Electoral gains made by Arab parties in Israel, and their decision to endorse one of the two deadlocked candidates for prime minister, could give them new influence in parliament. But they also face a dilemma dating back to Israel’s founding: How to participate in a system that they say relegates them to second-class citizens and oppresses their Palestinian brethren in Gaza and the occupied West Bank. (AP Photo/Oded Balilty)