Facebook Twitter LinkedIn
Europe appealed to the United Nations Security Council on Monday to back its plans to stem the flow of migrants across the Mediterranean and pledged that those intercepted at sea while making the precarious trip would not be repatriated.
European Union leaders agreed last month to “identify, capture and destroy vessels before they are used by traffickers,” but it is unclear how that may be achieved and the 28-nation bloc wants UN authorization for its operation.
EU foreign policy chief Federica Mogherini told the Security Council that details of the operation were still being worked out and the issue would be discussed by European foreign ministers on May 18.
“We cannot do it alone, this has to be a common global effort, that’s why we count on your support to save lives and dismantle criminal organizations that are exploiting people’s desperation,” Mogherini told the 15-nation council.
“No refugees or migrants intercepted at sea will be sent back against their will,” she said.
European members of the Security Council – Britain, France, Lithuania and Spain – are drafting a resolution to approve the European operation under Chapter 7 of the UN Charter, which allows the use of force, diplomats said.
But Russia has said any plans to destroy boats used by smugglers would be “going too far.”
“Our first priority is to save lives,” Mogherini said. “An exceptional situation requires an exceptional and coordinated response.
“It is not only a humanitarian emergency, but also a security crisis since smuggling networks are linked to and, in some cases, finance terrorist activities,” she said.
About 1,800 migrants have perished in the Mediterranean this year, the UN refugee agency said. Some 51,000 have entered Europe by sea, with 30,500 coming via Italy, fleeing war and poverty in Asia, Africa and the Middle East.
Most of the migrants are traveling to Europe through Libya, which has descended into chaos nearly four years after the fall of Muammar Gaddafi. Two competing governments backed by militia are scrambling for control of the oil-producing country.
Europe wants to win the support of the parties in Libya for its plan to tackle the migrant smuggling. The group controlling Libya’s coastal capital Tripoli said it would “confront” any unilateral EU moves to attack sites used by traffickers.
“We don’t and won’t act against anyone, but in partnerships with all,” Mogherini said.
Tags
european union Federica Mogherini Libya migrants UN security council united nations 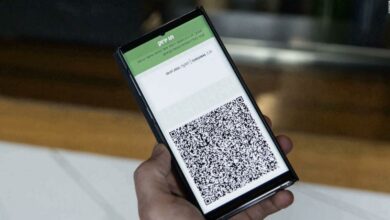 EU Covid ‘vaccine passports’: Everything you need to know 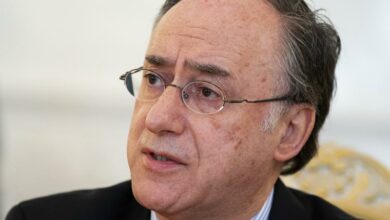