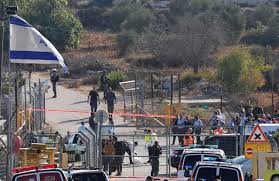 The $500 billion mega-city planned by Saudi Arabia will be floated on financial markets alongside oil giant Saudi Aramco as part of the kingdom’s drive to diversify away from oil, the crown prince told Reuters in an interview late on Wednesday.

The 26,500-square km (10,230-square mile) business and industrial zone, named NEOM, will extend into Jordan and Egypt. It was unveiled on Tuesday at a three-day international investment conference.

The surprise announcement is the latest – and most extraordinary – in a slate of privatization programs led by the floating of oil giant Saudi Aramco. The sales are designed to boost the Saudi economy and create jobs for millions of young people.

“The first capitalist city in the world … this is the unique thing that will be revolutionary,” Crown Prince Mohammed bin Salman said.

Prince Mohammed also said the Saudi Aramco IPO was on track for next year, dismissing reports of delays, adding it could be valued at more than $2 trillion.

The 32-year-old spoke on the sidelines of the Future Investment Initiative conference, which has attracted nearly 4,000 delegates from around the world to Riyadh this week.

Switching between English and Arabic, sometimes in the same sentence, the prince seemed most excited discussing his plans for the new city.

Adjacent to the Red Sea and the Gulf of Aqaba and near maritime trade routes that use the Suez Canal, the zone will serve as a gateway to the proposed King Salman Bridge, which will link Egypt and Saudi Arabia.

NEOM will be fully owned by Saudi Arabia’s sovereign Public Investment Fund (PIF) until its listing, and will attract investments from companies in renewable energy, biotechnology, advanced manufacturing and entertainment, the PIF has said.

“It won’t be listed in the markets until the idea is mature enough,” Prince Mohammed said. “It might be after 2030, it might be before, but the idea and the strategy is to float it eventually.”

The new city will not follow the rules and regulations enforced in the rest of Saudi Arabia, which imposes sharia law based on a strict Wahhabi interpretation of Islam.

It will offer residents a more liberal lifestyle, allowing musical concerts and entertainment in a remote corner of the desert kingdom. The country has already started to relax some long-standing rules, including what was an effective ban on women driving.

He said the name mixed “neo”, meaning new, with M, the first letter of the Arabic word for future.

The new city is part of the crown prince’s ambitious Vision 2030 plan to overhaul the economy of Saudi Arabia, OPEC’s largest producer, and provide jobs for an overwhelmingly young population amid a global oil price decline since 2014.

Economic growth has slowed and the economy may shrink this year as the government introduces austerity measures.

“The idea is not to restructure the economy as much as to seize the opportunities available that we didn’t address before. We have high capacity and we use only a little.”

Prince Mohammed became next in line for the throne in June after the king, his father, removed a more senior prince from the succession. He has pledged to transform Saudi Arabia economically and socially.

“Vision 2030 is about a lot of big opportunities, so Aramco is one of them, NEOM another opportunity … We have a lot of huge projects we will announce in the next few years.”

He said PIF would generate higher returns than other big investment funds.

“Qatar is a very, very, very small issue,” he said.

Prince Mohammed said the kingdom’s war in Yemen would continue in order to prevent the Houthi armed movement from turning into another “Hezbollah” on Saudi’s southern border.

“We’re pursuing until we can be sure that nothing will happen there like Hezbollah again, because Yemen is more dangerous than Lebanon,” he said.

Hezbollah, armed and backed by Iran, has become a formidable force in Lebanon and Syria. The Houthis also reportedly receive arms and training from Iran, Saudi Arabia’s arch-rival.

Yemen’s location was crucial, said Prince Mohammed. “It’s next to Bab al-Mandab so if something happens there, that means 10 percent of world trade stops,” he added, referring to the strait at the southern end of the Red Sea.

“This is the crisis.”