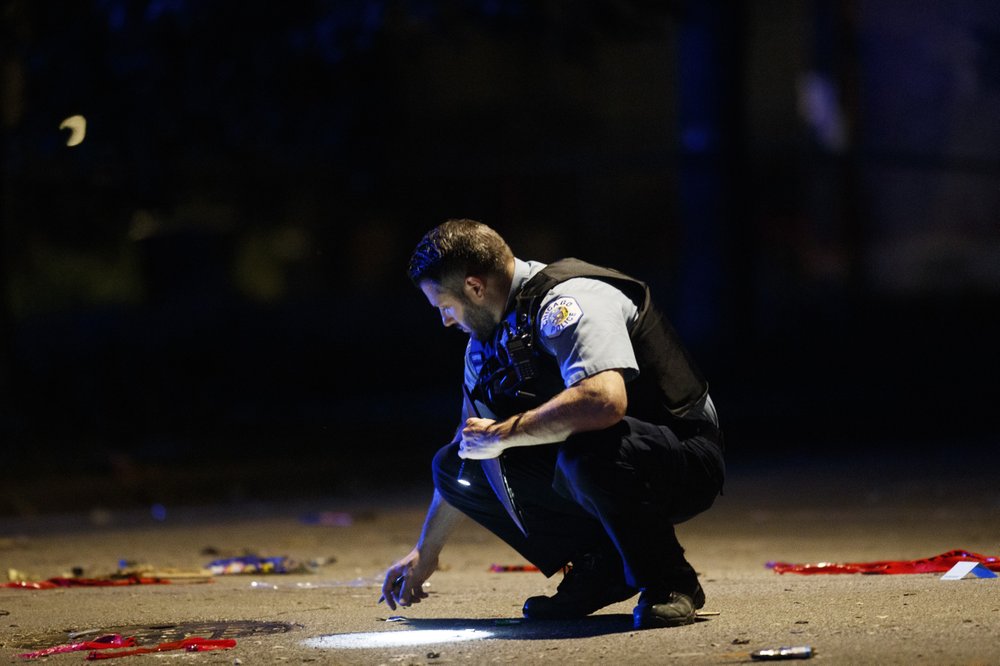 , exhausted cities around the nation are facing yet another challenge: a surge in shootings that has left dozens dead, including young children.

The spike defies easy explanation, experts say, pointing to the toxic mix of issues facing America in 2020: an unemployment rate not seen in a generation, a pandemic that has killed more than 130,000 people, stay-at-home orders, rising anger over police brutality, intense stress, even the weather.

“I think it’s just a perfect storm of distress in America,” said Atlanta Mayor Keisha Lance Bottoms after a weekend of bloodshed in her city.

Jerry Ratcliffe, a Temple University criminal justice professor and host of the “Reducing Crime” podcast, put it more bluntly: “Anybody who thinks they can disentangle all of this probably doesn’t know what they’re talking about.”

President Donald Trump has seized on the violence for political gain, accusing Democrats of being weak and suggesting the crime wave is being driven by recent protests calling for racial justice, police reform and drastic cuts in law enforcement funding.

“Law and order are the building blocks of the American dream, but if anarchy prevails, this dream comes crumbling down,” White House Press Secretary Kayleigh McEnany said last week.

Police officials in New York City and elsewhere say the recent bloodshed has shown there are consequences to some reforms they see as misguided, particularly on bail reform, enacted before the protests happened but exacerbated by the moment.

Emboldened criminals feel “that the cops can’t do anything anymore, that no one likes the police, that they can get away with things, that it’s safe to carry a gun out on the street,” New York Police Department Chief Terence Monahan said this week.

Monahan’s remarks came after a holiday weekend that saw a wave of shootings leaving 10 dead. Through Sunday, shootings were up more than 53% — to 585 — so far this year.

The recent spasm of violence was captured in a New York Post headline about a crime-ravaged city crying out for help. It was nearly identical to one that ran 30 years ago — when there were more than 2,000 murders a year. But crime has been declining for more than a decade — there were about 300 last year.

Crime has spiked in other major cities, too. In Dallas, violent crime increased more than 14 percent from April to June. In Philadelphia, homicides were up 20% for the week ending July 5 over last year at this time. In Atlanta, 31 people were shot over the weekend, five fatally, compared with seven shootings and one killing over the same week in 2019.

Some police unions say officers just aren’t doing their jobs over fear of being charged with crime.

Bottoms, a Democrat, lashed out after an eight-year-old girl was shot and killed near the Atlanta Wendy’s restaurant where Rayshard Brooks died three weeks earlier in a confrontation with police who were later charged criminally.

“That’s an important movement that’s happening,” she said at a news conference. “But this random, wild, wild West shoot ’em up because you can has got to stop.”

Trump’s Georgia campaign arm claimed Atlanta was a “war zone” brought on after Bottoms “lost control of the city after what started out as peaceful protests, quickly turned violent. In a flurry of anti-police activity.”

The Trump campaign also launched a $250,000 ad blitz Sunday on Facebook and Twitter, claiming “violent crime has EXPLODED” as protesters call for cuts to police departments across the country. The ad features video of an empty police station with a ringing phone that sends a caller to an answering machine, which says the estimated wait time for police help is five days.

The video ends by flashing the words, “You won’t be safe in Joe Biden’s America.”

Biden’s campaign said the Trump approach was just another distraction from his “inaction and mismanagement” of the coronavirus crisis.

“While Donald Trump searches for the latest cultural issue to drive people apart and celebrates Independence Day with new, race-baiting rhetoric, Americans are contracting coronavirus at alarming rates, and there is still no coherent national plan to address it,” said T.J. Ducklo, a spokesman for the presumptive Democratic nominee.

Trump’s messaging went beyond the ad campaign. Donald Trump Jr. shared on Facebook a conservative-created meme of 11-year-old Davon McNeal, who was shot to death in Washington during a cookout over the weekend.

“Davon was murdered after a string of BLM (Black Lives Matter) violence on the Fourth of July,” it read.

The shooting was not connected to Black Lives Matter, the movement behind many of the protests against police brutality. The boy had been at a family-oriented anti-violence cookout Saturday, but he left to get a phone charger from his aunt’s house when he was struck by gunmen in a sedan.

Tracie Keesee, a longtime police official in Denver and New York who co-founded the Center for Policing Equity, said it’s important to get answers on what is driving the crime, whether it’s drugs, domestic violence or poverty. She cautioned against broad-stroke generalizations.

“You have to get into the numbers,” she said.

Reform advocates say blaming a spike on the necessary push for police reform ignores the root causes of crime and the progress of the movement.

To link the shootings to reforms, Johnson added, gives “an inaccurate picture of what criminal justice reform is about and is just demonizing the moment that we’re in and not talking about what brought us here today.”

Like New York, Chicago had already seen an increase in homicides and shootings in the first part of the year. But while the violence tapered off in New York under stay-at-home orders, shootings in Chicago remained steady, likely because of gang warfare, said Wesley Skogan, who studies crime at the Institute for Policy Research at Northwestern University.

Seventeen people were fatally shot in Chicago and 70 wounded, one of the bloodiest holiday weekends in memory there.

Gangs “are not particularly deterred by the risks of being out there,” Skogan said. “Of all the things they are likely to be worried about, COVID is way down the list.”

By TOM HAYS and COLLEEN LONG

Image: FILE – In this July 5, 2020, file photo, an officer investigates the scene of a shooting in Chicago. Still reeling from the coronavirus pandemic and street protests over the police killing of Floyd, exhausted cities around the nation are facing yet another challenge: A surge in recent shootings has left dozens dead, including young children. (Armando L. Sanchez/Chicago Tribune via AP, File)