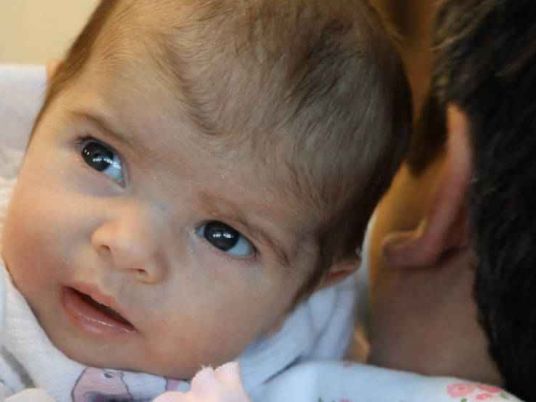 Fathers-to-be can experience a drop in two hormones, testosterone and estradiol, as their wives' pregnancies progress, according to a first-of-its-kind study at the University of Michigan.

Past research has indicated that fathers' testosterone drops after the birth of a baby and a study at Northwestern University confirmed this to be the case in 2011, a finding the researchers say is consistent with other species in which males help care for offspring.

Why the hormones change is not yet fully understood, according to lead author Robin Edelstein, whose study was published in the American Journal of Human Biology.

Working with 29 first-time parents-to-be who were between the ages of 18 and 45, the researchers obtained saliva samples at 12, 20, 28 and 36-week intervals in the wives' pregnancies.

They tested the saliva to assess proportions of testosterone, cortisol, estradiol and progesterone, all of which increased for the expectant mothers.

While the study suggests the presence of an infant isn't the only factor that contributes to men's hormonal changes, no control group was established.

"Thus, we can't completely rule out the possibility that the changes are simply due to age or the passage of time," says Edelstein.