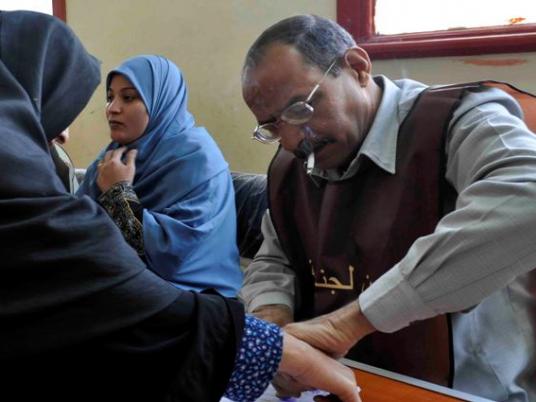 Egyptians voted on Sunday in a long-awaited parliamentary election, the final step in a process that is meant to put the country back on a democratic course but which critics say has been undermined by widespread repression.

Egypt has been without a parliament since June 2012 when a court dissolved the democratically elected main chamber, dominated by the now-banned Muslim Brotherhood, reversing a major accomplishment of the 2011 uprising that toppled autocrat Hosni Mubarak.

Here are some facts about how Egypt's elections will work and who is taking part:

* Egypt's new parliament will be unicameral after the constitution abolished the upper chamber and expanded the number of seats in the main house.

* It will comprise 568 elected members – 448 elected on an individual basis and 120 through winner-takes-all lists in four districts with quotas for women, Christians and youth. The president may also appoint a further five percent of the total number of elected lawmakers.

* Run-offs will take place on Oct 26-27 and Nov 30-Dec 1 in areas where no clear winner has emerged. The final results will be announced in December.

* Egypt's Muslim Brotherhood, which won almost half the seats in the last election, has been banned along with its political wing the Freedom and Justice Party and will not participate. Its supporters are largely expected to boycott.

* "For the Love of Egypt", an alliance of loyalist parties and individuals including the Free Egyptians, is running for all 120 list seats and is expected to come first. It is headed by former intelligence officer and general Sameh Seif Elyazal.

* The Egypt List, headed by Mubarak-era prime minister Ahmed Shafiq, is another alliance that will compete with two party lists. Smaller alliances packed with former-regime figures are also in the running.

* An alliance of socialist parties set to run for the list seats withdrew shortly before the poll. Though riven by internal differences and a lack of funds, the "Democratic Current" would have represented the main opposition choice on the ballot paper. Some of its members are running for individual seats.

* The Islamist Nour Party, which seeks to impose strict Sharia law and came second in the last election, will take part, running its own party lists in two districts and fielding individual candidates too. It has lost much support among Islamist sympathisers, however, since endorsing the army's decision to remove elected President Mohammed Mursi, a Brotherhood member, from power in mid-2013.

* At the other end of the political spectrum, the Free Egyptians party founded by Naguib Sawiris, a billionaire businessman and Coptic Christian, has joined a loyalist list alliance but is also running for individual seats on a platform of economic reform. The Free Egyptians seek to minimise the role of religion in politics.

* Individual seats are widely expected to be dominated by provincial notables, businessmen and former members of Mubarak's now-defunct National Democratic Party (NDP) — people with the cash and connections to offer much-needed services to provincial voters.