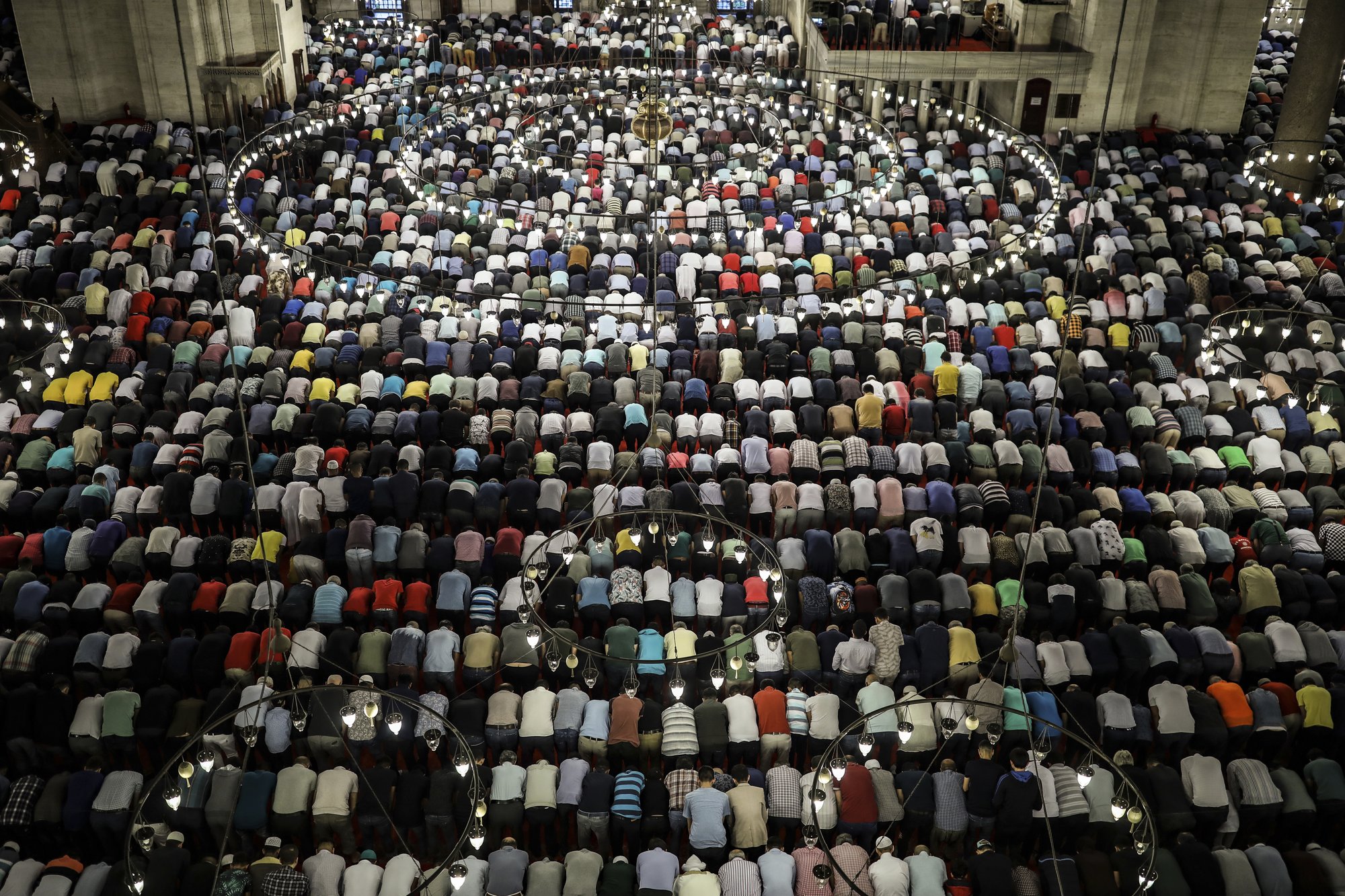 BEIRUT (AP) — Muslims across the Middle East and beyond began marking the Islamic holiday of Eid al-Fitr, one of the most celebrated holidays for the world’s 1.5 billion Muslims and traditionally a time for family and festivities.

The holiday marks the end of the holy month of Ramadan, when devout Muslims have been fasting from sunrise to sunset.

But the start of the holiday varies from country to country — with splits even within the same country — because the start of Eid is traditionally based on sightings of the new moon.

As with everything else in the Middle East, politics often plays a part.

Ordinarily a festive occasion, this year’s Eid comes amid war and turmoil in more than one area. In Afghanistan, the Taliban insurgent group has said it will not mark Eid with a ceasefire, as they did last year. Yemen has been mired in war and famine for years, while in Sudan, the ruling military just conducted a deadly crackdown on Monday against pro-democracy protesters, killing at least 35.

Sudanese protesters have camped for months outside the military’s headquarters as the two sides negotiated over who would run the country after longtime strongman Omar al-Bashir’s ouster in April. On Monday, the military had had enough and moved to crush the protest movement, overrunning the main sit-in site in the capital, unleashing furious volleys of gunfire, beating protesters with sticks and burning down tents.

At night, the state-run SUNA news agency announced that the country will celebrate the first day of Eid on Wednesday, but the Sudanese Professionals’ Association, which has spearheaded the protests, declared Tuesday is the first day of Eid according to astronomers in the Khartoum University — apparently in defiance to the military council.

The SPA urged people across the country to hold Eid prayers, “pray for the martyrs” and take to the streets to protest.

Mohammed Yousef al-Mustafa, a spokesman for the SPA, said the military authorities has announced Tuesday as a fasting day in efforts to keep people in their homes after Monday’s “massacre.”

In Yemen, the internationally recognized government said Tuesday is the first day of Eid, while the Shiite Houthi rebels who control much of the country including the capital, Sanaa, announced that Eid starts on Wednesday.

It is the first time in Yemen’s modern history that its people were split over celebrating Eid.

Muslim Sunni powerhouse Saudi Arabia, as well as Kuwait, Qatar and the United Arab Emirates, started celebrating on Tuesday, whereas Egypt, Syria, Jordan, the Palestinian territories and others said the Shawwal crescent moon was not visible across the country and won’t start till Wednesday.

In Lebanon and Iraq, Sunnis began celebrating on Tuesday whereas Shiites will celebrate on Wednesday.

Pakistan, which is mostly Sunni, traditionally celebrates a day after most of the Muslim world. Pakistan is also split within the country along geographical lines, with residents of Khyber Pukhtunkhwa province, located on the border with Afghanistan and dominated by ethnic Pashtuns, celebrating Eid on Tuesday. The new moon was apparently spotted in North Waziristan, while the rest of Pakistan will celebrate on Wednesday.

In Afghanistan, Shiites were told by clerics that the moon was not seen so Ramadan would not begin for them until Wednesday. Sunnis however are celebrating Tuesday. The Taliban, which are Sunni hardliners, have said there will be no end to fighting while U.S. and NATO troops are still in Afghanistan.

The holiday traditionally lasts one to three days and is eagerly anticipated after the month of fasting. During Ramadan, the faithful refrain from eating, drinking, smoking or sexual activity from dawn to dusk.

Most businesses close during Eid, as people dress up and visited relatives, enjoying their first daytime meals in a lunar month. Mosques hold special prayers at sunrise, and children are often given gifts or a special allowance.

Photo: Turkey’s Muslims offer prayers during the first day of Eid al-Fitr, which marks the end of the holy fasting month of Ramadan at the Suleymaniye Mosque in Istanbul, early Tuesday, June 4, 2019. (AP Photo/Emrah Gurel)