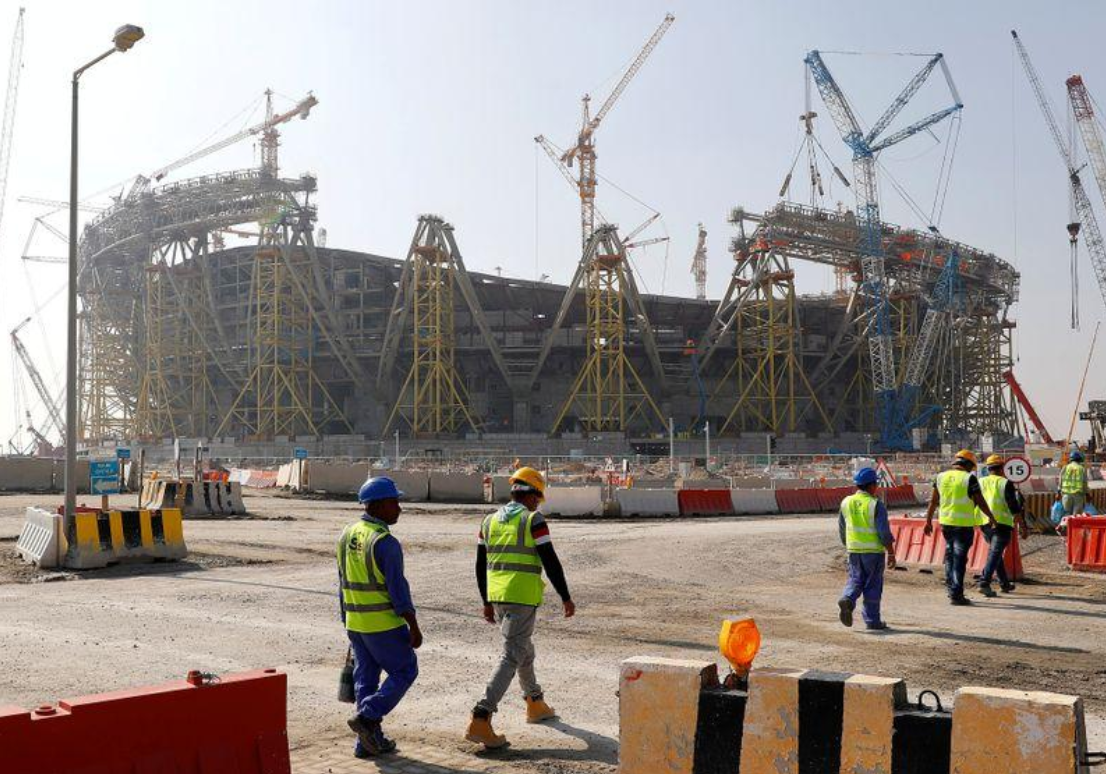 (Reuters) – The 2022 World Cup in Qatar, the only major scheduled football event left unchanged after this year’s calendar was wrecked by the coronavirus, has become the focus of fresh FIFA corruption allegations after the release of a new US Department of Justice indictment.

Suspicion and rumors have long surrounded the 2010 vote by FIFA’s executive to hand the 2018 World Cup to Russia and the 2022 tournament to Qatar. But on Monday, for the first time, prosecutors set direct, formal allegations down in print.

According to the prosecutors, representatives working for Russia and Qatar bribed FIFA executive committee officials to swing votes in the crucial decision of world football’s governing body.

FIFA did not immediately respond to a request for comment.

Although FIFA has responded to previous media allegations about the Qatar bid process by insisting the tournament will be unaffected, the US allegations will lead to further questions over the hosting of the competition, which is scheduled for November and December of 2022.

The allegations made by the Department of Justice are that then FIFA vice-president Jack Warner was paid five million dollars through various shell companies to vote for Russia to host the 2018 World Cup.

Warner has been accused of a number of crimes in the long-running US probe, and he is fighting extradition from his homeland of Trinidad and Tobago. Warner, who was not immediately reachable for comment, has always denied any wrongdoing.

The indictment also states that the three South American members of FIFA’s 2010 executive — Brazil’s Ricardo Teixeira, the late Nicolás Leoz of Paraguay and an unnamed co-conspirator —took bribes to vote for Qatar to host the 2022 tournament.

“Ricardo Teixeira, Nicolás Leoz and co-conspirator #1 were offered and received bribe payments in exchange for their votes in favor of Qatar to host the 2022 World Cup.”

Alexei Sorokin, CEO of the local organizing committee for Russia’s 2018 World Cup, did not immediately respond to a request for comment.

Asked if the Kremlin was aware of the US indictment, Kremlin spokesman Dmitry Peskov said: “We read the media reports. We don’t understand what they refer to. Russia received the right to host the World Cup completely legally. It is in no way linked to any bribes. We reject this. And Russia hosted the best soccer World Cup in history, which we are proud of.”

The Qatar World Cup organizers have been fending off allegations of corruption ever since the tiny Gulf state was awarded the 2022 tournament.

In 2014, FIFA, then under the control of former President Sepp Blatter, cleared Russia and Qatar of wrongdoing in their bids to host the World Cup after an investigation.

Blatter was banned from football by FIFA along with scores of other officials following internal ethics investigations, promoted by the arrests of seven FIFA officials on US corruption charges in Zurich in May 2015.

Image: Workers walk towards the construction site of the Lusail stadium which will be built for the upcoming 2022 FIFA soccer World Cup during a stadium tour in Doha, Qatar, December 20, 2019. (REUTERS/Kai Pfaffenbach/File Photo)