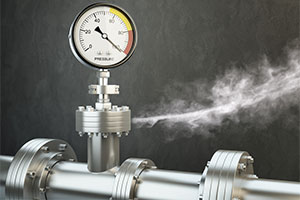 At least seven people were killed and 16 injured in a fire in a Nile Delta village on Wednesday evening, hours after the attempted theft of gas from a pipeline caused a gas leak in the area, Egypt’s state-run newspaper Akhbar Elyom said.

One local resident told Reuters a hospital in the area was packed and that there appeared to be more casualties than reported. The smell of gas was everywhere, he said.

Abdel-Moneim Hafez, head of the Petroleum Pipelines Company, said the attempt to rob the pipeline took place in Itay el-Baroud in Beheira governorate on Wednesday afternoon.

“As a result of an unknown source of flame, there was a flare in the leaked product following the accident,” state news agency MENA quoted him as saying.

Technical teams had rushed to the scene after the attempted theft and controlled the leakage, Hafez said.

The injuries included different degrees of burns, MENA quoted Khaled Megahed, an adviser to the health minister, as saying. All of the injured were in a hospital, he said.