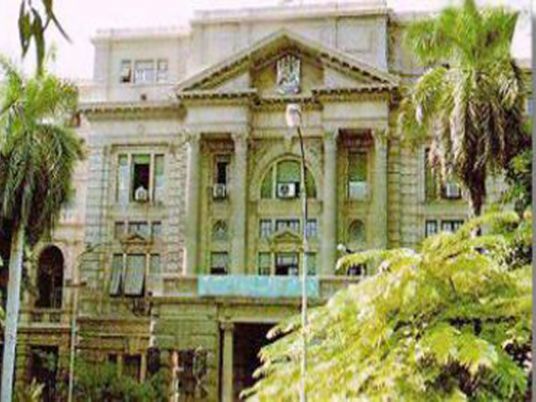 A fire broke out in the main building of the Agriculture Ministry in Dokki on Wednesday morning.
The reason behind the fire is still not clear.
Civil defense forces were able to put out the fire using seven fire vehicles. No casualties were reported, although three female employees at the ministry suffered suffocation.
The blaze had broken out in three administrative offices located on the fourth floor of the ministry building. The offices were left completely destroyed.
An incident eport was filed with the police. Prosecutors decided to ask the criminal laboratory to inspect the scene, in an attempt to figure out the reasons behind the fire.
Agriculture Minister Ayman Farid Abu Hadid has ordered investigations into employees allegedly responsible for failing to deal with the fire quickly enough.
Abu Hadid commissioned the ministry's departmental heads to follow-up on investigations and to develop an urgent plan to deal with future crises. He also decided to establish a first aid unit in case of emergencies.
The minister asked department heads to list the offices that use paper and to evacuate all offices that witnessed the fire or were damaged by it.
Abu Hadid also ordered a test on the entire building before allowing staff to return as soon as possible.
Edited translation from Al-Masry Al-Youm