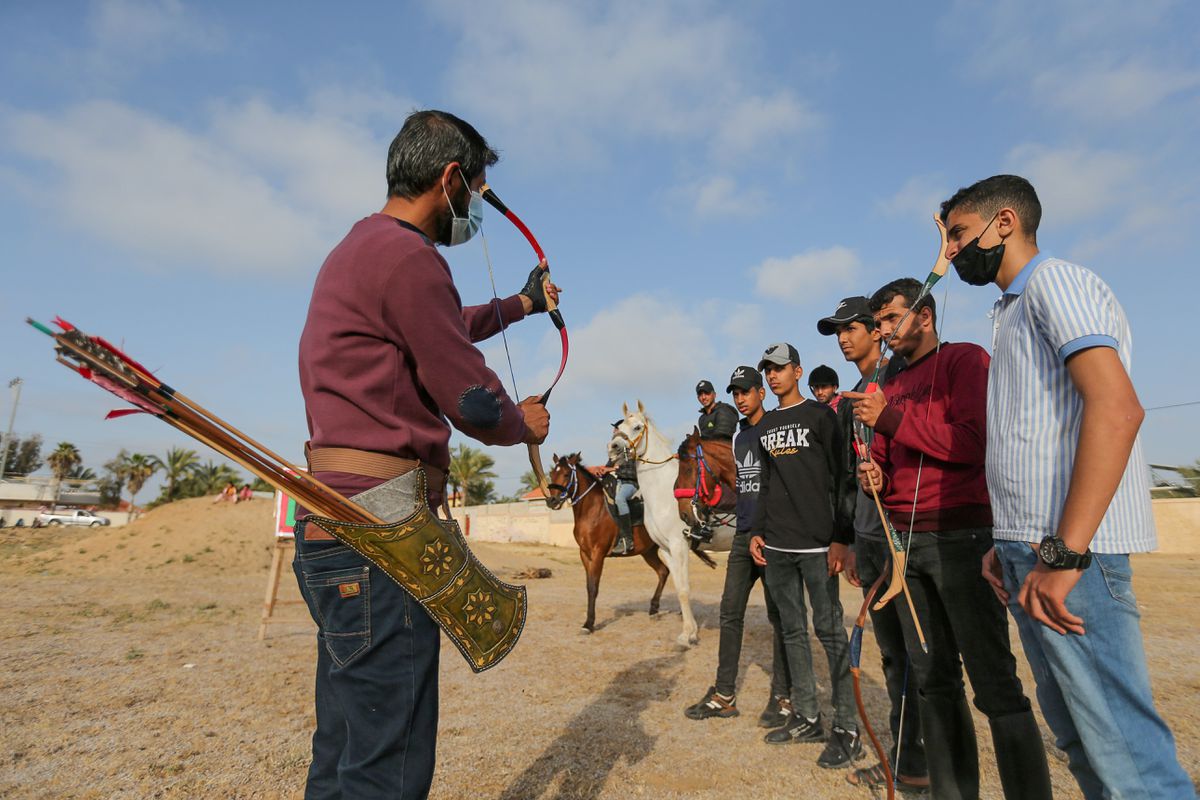 Hoofs pounded the ground and kicked up dust clouds as one by one a small group of young mounted archers pulled back their bows and let their arrows fly at a passing target. Most of them missed.

They will get better, said Mohammad Abu Musaed, who is training the first team of horseback archers in the Gaza Strip, a blockaded coastal enclave with a population of two million.

Mounted archery is a hard skill to master. Centuries ago it helped Genghis Khan’s Mongol army conquer much of Asia and today is showcased in niche competitions.

Abu Musaed, 40, wants to build a team that can compete internationally and has so far recruited a handful of participants.

After several more tries, all five Palestinian riders managed to hit the target.

“I want to revive this sport and to encourage youth to practise it because it helps release bad energy,” Abu Musaed told Reuters.

He makes the team’s bows himself out of wood, carbon fibres and glue. Sometimes he decorates them with animal horns.

There are several hundred horseback riders in Gaza but few have so far been willing to give it a try with archery.

The challenge, Abu Musaid said, is to stay calm and focused while standing up straight on a galloping horse.

“If you try it once you will want to do it again,” he said.

As Lebanese cry for justice, politics paralyzes the system