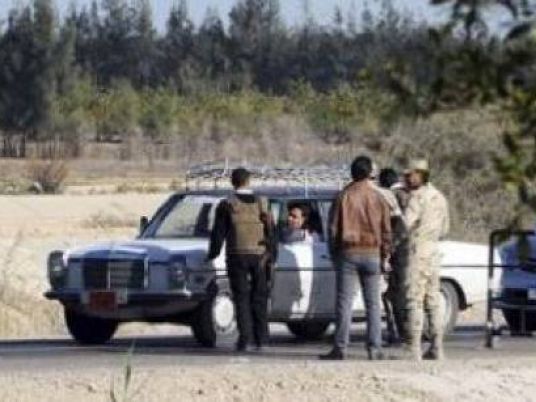 Five militants were killed, another seven were injured and further suspects were arrested in a joint army-police crackdowns in North Sinai.

A store containing explosive material and weapons, as well as vehicles and huts used by the militants were also destroyed during the operation in the cities of al-Arish, Rafah and Sheikh Zuweid, according to security sources.

Twenty-one fugitives and wanted suspects were arrested over criminal and misdemeanor charges, the sources added, pointing out that security measures were tightened in central Sinai in conjunction with the ongoing World Youth Forum in Red Sea resort Sharm el-Sheikh.

Meanwhile, thousands attended the funeral of Sergeant Mohamed Ramadan Tolba, who was killed during an operation in al-Arish, in his hometown of Monoufiya on Tuesday.

The Egyptian army and security forces have been engaged in a low-level war with militant extremists in North Sinai in the past years. Militant activity escalated following the military ouster of former president Mohamed Morsi in July 2013 and have since slowly expanded into Egypt’s urban centers.