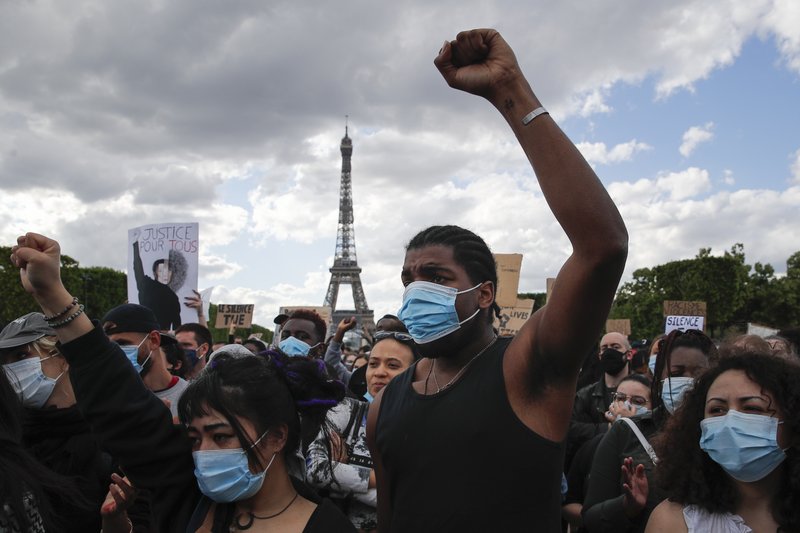 Richard Wallace had seen it all before, and he wasn’t hopeful.

It was, he thought, the same old story: Police kill a Black person, protests erupt, politicians pledge reforms and corporations offer platitudes about supporting needed change. But Wallace, the 38-year-old founder and executive director of Equity and Transformation, a social and economic justice advocacy group in Chicago, came to realize that this time was different.

This time the victim was George Floyd, a 46-year-old Black father of five captured in a sickening citizen video taking his final breaths under a white officer’s knee. And this time, the victim would become a global symbol for change much broader than criminal justice reform.

As Minneapolis braces for Monday’s opening statements in the trial of Derek Chauvin, the ex-officer who is charged with murder and manslaughter in Floyd’s death, so does the world. Floyd was the spark that set the U.S. ablaze. In the days and months after his death on Memorial Day, millions of Americans, along with thousands in cities abroad, took to the streets in protests that were often peaceful but sometimes violent and destructive.

Even as many new supporters rallied to the Black Lives Matter cause, then-President Donald Trump’s move to transform the unrest into a winning political issue, and his embrace of white supremacism, left the U.S. seemingly more divided on issues than ever.

Still, Floyd’s global impact is undeniable. Federal, state and local governments have taken concrete steps — like supporting reparations and reinvesting in community resources — to address decades of harm visited on Black Americans and other minorities. Corporations, nonprofits, media and the entertainment industry have launched promising diversity, equity and inclusion initiatives.

People will remember 2020 not just as a year of upheaval over Floyd, but as a year in which people demanded and took bold action toward systemic change, said Nekima Levy Armstrong, a civil rights attorney and activist in Minneapolis. But, she added, much more of it is needed.

For Levy Armstrong, the stakes of the trial are high. The former Minneapolis NAACP branch president has watched her community rise up in response to unchecked police violence, only to have their spirits crushed by an acquittal and lack of grand jury indictments in the cases of Philando Castile, a Black man killed by police in a nearby suburb in 2016, and Jamar Clark, a Black man killed by city police in 2015.

“We have for too long lived inside of a culture of ignorance, not just in the U.S. but worldwide,” she said. “I don’t think that this country in particular, but the world itself, has ever had to reconcile the mistreatment, the abuse and the dehumanization of Black folks. But for some people, they’re now beginning to see we have a problem, and we need to begin to take steps to address these problems.”

Her assessment of the international impact of the case is not hyperbole. Some of the protests abroad — in Asia, the U.K., France and other European nations — rivaled American demonstrations last summer.

“Having the Black Lives movement embraced the way it was in this country was painfully healing, because it’s not nice to have an occasion like the tragic death of George Floyd be the reason for people to acknowledge what you’ve been trying to share,” said Sylvana Simons, who won a seat in the Dutch Parliament in elections held this month.

Community House for Supportive Development, a grassroots nongovernmental organization in Paris, joined five other NGOs in January to launch the first class-action lawsuit targeting France’s police. The suit alleges a culture of systemic and racial discrimination in on-the-street identity checks.

Floyd “was a real catalyst, and not just in France, an earthquake, like a tsunami over the entire planet. In lots of countries,” said the group’s founder, Omer Mas Capitolin, who is Black. “In France today, we are all potential George Floyds.”

In the U.S., the House of Representatives passed the George Floyd Justice in Policing Act, a sweeping piece of legislation that implements bans on racial profiling, chokeholds, no-knock warrants and other law enforcement tactics that have precipitated the deaths of Black Americans at the hands of police.

However, the legislation’s chances in a Senate very narrowly controlled by Democrats are slim, and the Movement for Black Lives, a national coalition of more than 150 grassroots organizations associated with the BLM movement, has opposed the legislation as inadequate.

According to the police reform advocacy organization Campaign Zero, the number of people killed by police in the U.S. in 2020 was the second most since 2013, when it began tracking those figures.

Nearly 1,130 people were killed by police last year, and 58% of those deaths either began during traffic stops, in police responses to mental health crises or in situations where the person was reportedly not threatening anyone with a gun, according to the group’s report.

Still, group co-founder Sam Sinyangwe said, “There are some shifts happening. And there’s the potential to make massive changes through some of the solutions that are being implemented or piloted in cities, in response to protests.”

And many are looking to carry the push for change well beyond the outcome of the trial, in Floyd’s name and in the names of so many others.

“What the Black Lives Matter movement has done is use these various incidents to allow us to reevaluate the underlying cultural narrative,” said David Hooker, associate professor of the practice of conflict transformation and peacebuilding at Notre Dame’s Keough School of Global Affairs.

Hooker, Wallace and others say that narrative — with its neat assignment of people into “good” and “bad” categories — promotes violence against racial minorities and aims to keep them from flourishing.

Floyd, they say, is a perfect example: Here was a man who was once imprisoned but was striving to make a better life for himself and his family. His life mattered more than the few, less-savory details about his past that had been reported in the press and that could come up in his accused killer’s trial, said Wallace, who is also a member of the Movement for Black Lives’ national policy leadership team.

“That’s how racism works,” he said. “It’s about the bifurcation of Black people into silos of those deserving and undeserving of love, care, respect, or whatever.”

After being incarcerated for a run-in with the law during his early adult years, Wallace gained national recognition as the rapper, Epic. He also dedicated his life to activism, receiving Roosevelt University’s Matthew Freeman Social Justice Award among other achievements.

Then, earlier this month, Wallace said he had the kind of experience that reminds Black people “exactly who you are and what place you’re in.”

Combining a work trip to Los Angeles with family time for his daughter’s seventh birthday, Wallace booked a stay through Airbnb — a company that, as he points out, released a statement reaffirming its commitment to fight racism days after Floyd’s death and donated $500,000 to the NAACP and the Black Lives Matter Global Network Foundation.

But Airbnb informed Wallace through email that his account was deactivated and his reservation canceled because a background report flagged Wallace’s criminal record from nearly two decades ago. Reached for comment, Airbnb said it implemented an appeals process in 2019 for people who feel they’ve been unfairly barred from using its service.

“We failed to clearly communicate to (Wallace) that this was even an option,” said Christopher Nulty, a spokesperson for the hospitality platform. He added that Wallace’s account was restored on Friday.

Still, for Wallace, the situation confirmed to him that systemic change has to be deep and structural.

“You’ll march for George Floyd,” the activist said, “but would you have hired him?”

Morrison reported from New York City. Noreen Nasir in Minneapolis, Elaine Ganley and Jeff Schaeffer in Paris, and Mike Corder in The Hague, Netherlands, contributed to this report.

Find the AP’s full coverage of the death of George Floyd: https://apnews.com/hub/death-of-george-floyd

Image: FILE – In this June 6, 2020, file photo, hundreds of demonstrators gather on the Champs de Mars as the Eiffel Tower is seen in the background during a demonstration in Paris to protest against the recent killing of George Floyd. As Minneapolis braces for Monday’s opening statements in the trial of Derek Chauvin, the ex-officer who is charged with murder and manslaughter in George Floyd’s death, so does the world. (AP Photo/Francois Mori, File)

‘I am a child!’ Pepper spray reflects policing of Black kids

No charges against Wisconsin officer who shot Jacob Blake