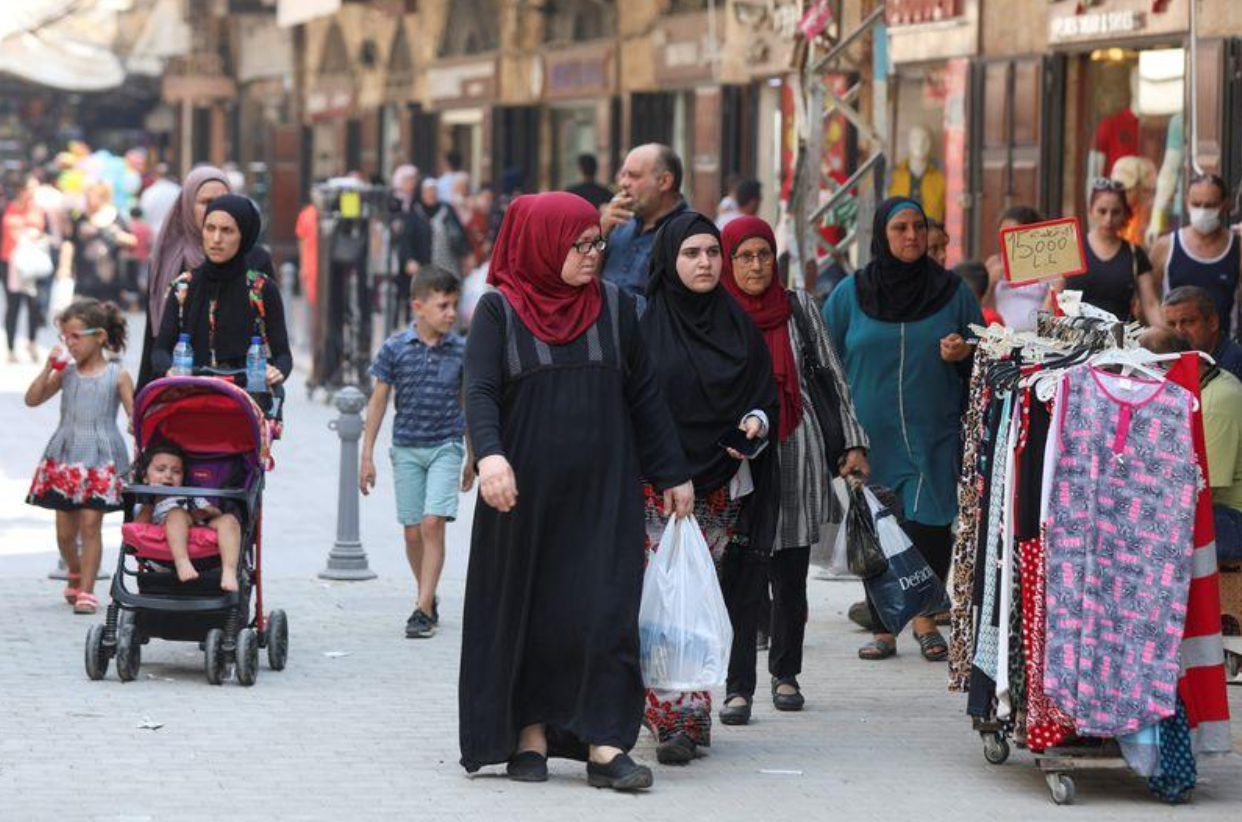 TRIPOLI, Lebanon (Reuters) — On the streets of Tripoli, Lebanon’s second biggest city and one of its poorest, there are no signs of festivities for Eid al-Adha this year, no decorations or twinkling lights. There’s no electricity anyway.

Only a large billboard welcomes visitors at one of the city’s entrances. “We’re broke,” it says.

Many butchers’ shops in Tripoli, once buzzing with customers, were closed this week.

Meat prices are just too high for most people, forcing them to forgo the Eid custom of slaughtering sheep or lambs to share among family and donate to the needy as alms.

“What Eid? Look around you, does this look like a market at Eid to you? Where are the people?” said Um Tarek, a mother of five, at the central souk.

Her husband owns a sweet shop but now barely manages to put food on the table. They will be lucky if they can buy a watermelon for Eid. “We’ve only had it once this season,” she said.

“It used to be that you had to elbow your way in through this market over Eid,” said Ghazi Arnaout, whose family’s shoe shop has been around for six decades. He plans to shut it down after the festival.

Hatem Abulashra, a livestock merchant, had few customers for this year’s holiday. The price of a lamb has gone up more than eightfold since last year.

“My farm is full of sheep but there is no one buying. What good is that?” he said. “Even my own family is not eating meat.”

For Iman al-Ali, whose blind husband had to sell his vegetable cart, it was already tough to get by before the crisis wiped out the daily manual labour they relied on.

They had to move with their eight children into the tiny storage room of a building, and nowadays all she can do is hope they don’t starve.

“They keep asking me for new clothes,” she said. “But we just can’t.”

Image: People walk at a souk ahead of the Eid al-Adha celebrations in Tripoli, northern Lebanon July 29, 2020. (REUTERS/Mohamed Azakir)