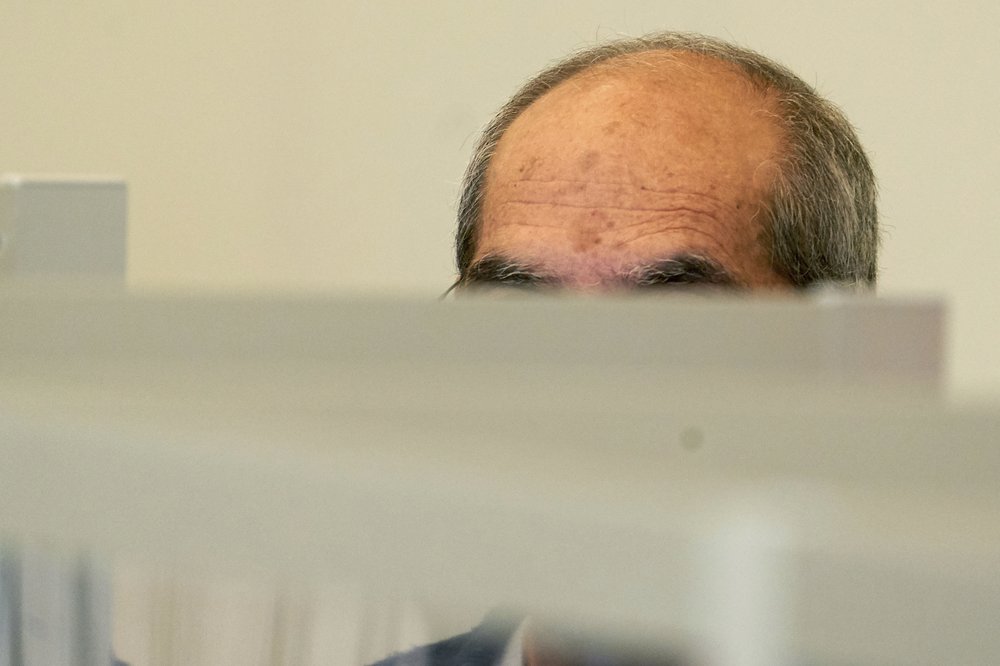 BERLIN (AP) — A former Syrian secret police colonel testified in a German court Monday that he was not involved in the torture of opponents of the regime of President Bashar Assad, in the first war crimes trial outside Syria linked to the country’s years-long conflict.

Anwar R., 57, is accused of crimes against humanity, rape and murder as head of the Al Khatib detention center, also known as Branch 251, near Damascus.

As a senior member of Syria’s General Intelligence Directorate, R. is accused of overseeing the “systematic and brutal torture” of more than 4,000 prisoners between April 2011 and September 2012, resulting in the deaths of at least 58 people, according to the indictment.

His co-defendant, 43-year-old Eyad A., is accused of being part of a police squad that detained protesters and brought them back to Branch 251, where they were then mistreated. Neither of their last names has been released, in line with German privacy laws.

In his first statement since his trial opened in April, Anwar R. told the Koblenz state court that he was not guilty of the accusations against him.

“I have not committed the crimes I’m accused of,” he said in a statement read by his attorneys, the dpa news agency reported. “I have never taken part in human rights violations.”

Instead, he said, he was a secret supporter of the Syrian opposition, and testified that he sympathized with the victims of torture.

Patrick Kroker, a lawyer for the European Center for Constitutional and Human Rights that is supporting several of the victims, called the defendant’s statement “grotesque.”

At least nine torture victims are represented as co-plaintiffs in the case, as allowed under German law. They and several others are expected to be called as witnesses.

Kroker said that R. had accused all witnesses of either lying or not having been under his responsibility.

The two defendants left Syria for Germany before their arrest in February 2019. If convicted, Anwar R. could face life imprisonment. Eyad A. could be sentenced to up to 15 years in prison if convicted of complicity in crimes against humanity.

The Koblenz regional court, where the trial is being held, has reduced the number of seats available to reporters and the general public by a third due to social distancing rules to combat the coronavirus pandemic.

The trial is expected to run several months.

Image: One of the defendants, Anwar R. (57), sits in the dock of the Higher Regional Court behind Corona protective screens, hiding his face under a hood in Koblenz, Germany, Thursday, April 23, 2020. Two former members of Syria’s secret police go on trial Thursday in Germany accused of crimes against humanity for their role in a government-run detention center where large numbers of opposition protesters were tortured. (Thomas Frey/dpa via AP)