Security forces had fired tear gas and stun grenades as protesters marched through Khartoum and the neighboring cities of Omdurman and Bahri towards the presidential palace on Thursday, Reuters witnesses said.

Police said in a statement that four people were killed in Omdurman, and 297 demonstrators and 49 police forces members were wounded nationwide in the protests, which involved tens of thousands of people.

Al Hadath TV quoted an adviser to military leader Abdel Fattah Al-Burhan as saying the military would not allow anyone to pull the country into chaos and that continued protests were a “physical, psychological, and mental drain on the country” and “would not achieve a political solution”.

Thursday’s protests marked the 11th round of major demonstrations since an Oct. 25 coup that saw Abdallah Hamdok removed and then reinstated as prime minister. The demonstrators have demanded that the military play no role in government during a transition to free elections.

The Forces of Freedom and Change coalition said that security forces “used excessive repression” on Thursday and called on “regional and international communities and human rights organizations to condemn the coup”.

U.S. Secretary of State Antony Blinken wrote on Twitter that he was troubled by reports of lethal force and the United States “stands with the people of Sudan, as they demand freedom, peace, and justice”.

The U.N. Special Representative to Sudan, Volker Perthes, said that he was “deeply disturbed” by the deaths. 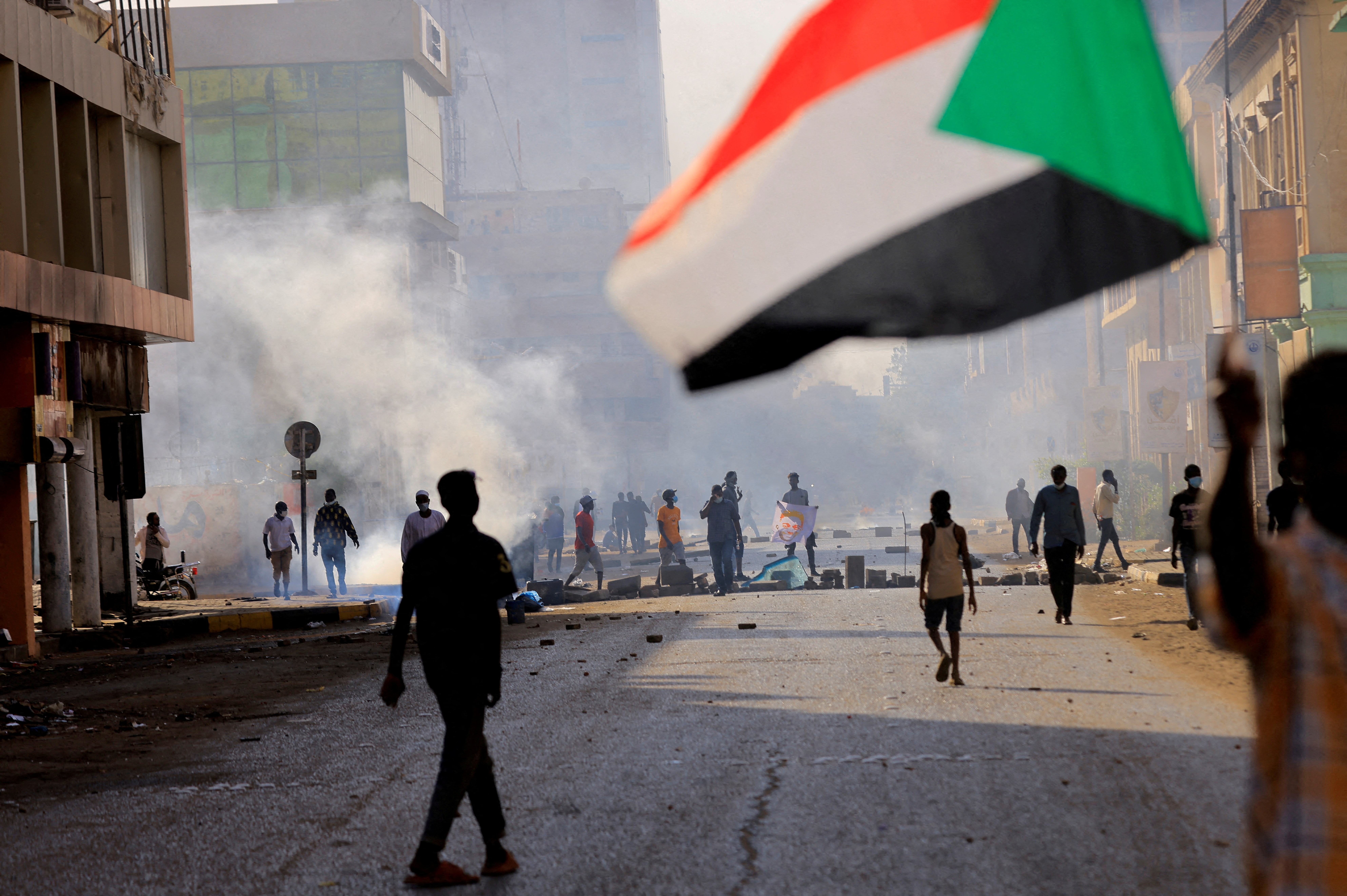 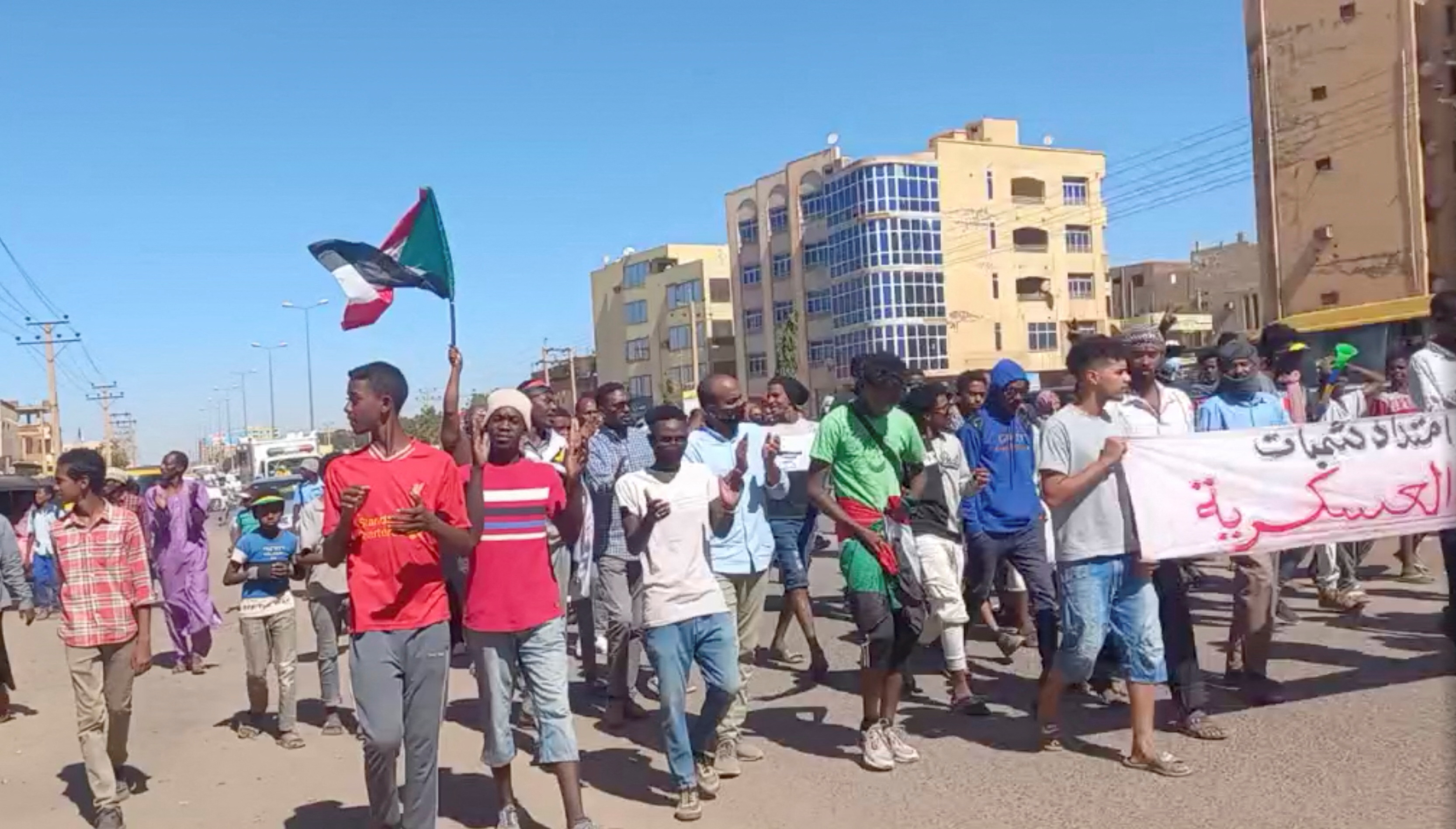 Security forces had confronted the protesters about 2 km from the palace in the centre of the capital, a Reuters witness said.

The Khartoum State Ministry of Health also said in a statement that security forces in Omdurman had prevented ambulances from carrying the wounded to nearby hospitals, adding that the “scale of repression exceeded expectations”.

Internet and mobile services had appeared to be disrupted in Khartoum on Thursday.

Reuters witnesses were unable to make or receive domestic and international calls and a source at a telecoms company said an order to shut down internet services had come from the state-owned Sudan National Telecommunications Corporation.

Some people managed to post images on social media showing protests in several other cities, including Port Sudan, Zalenjei, Kassala.

The Central Committee of Sudanese Doctors said Thursday’s deaths brought the death toll to 52 since crackdowns on protests against military rule began in October.

“I come for the martyred. I’m not going to be tired because some people gave their lives for this. Being tired is nothing compared to that,” said a nurse in Bahri on Thursday, who has attended all 11 protests and gave her name as Jihad.

Russia has used more than 4,700 missiles to strike Ukraine since start of war, President Zelensky says 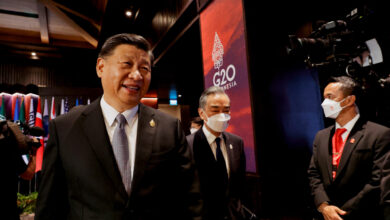