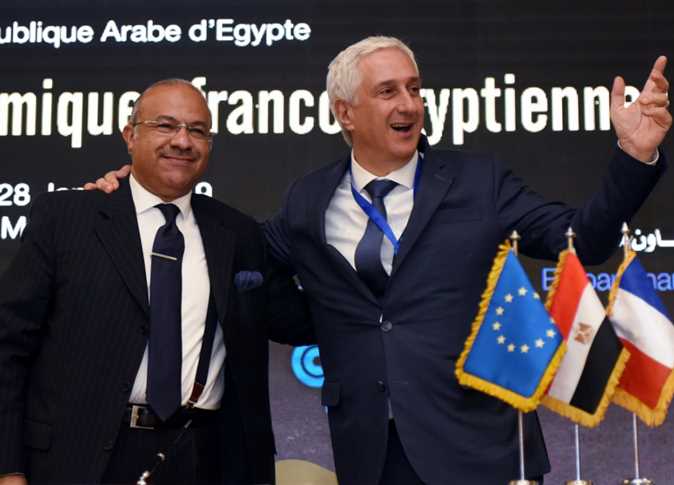 Egypt’s government, represented by the Ministry of Supply and Internal Trade, signed a cooperation protocol with Rungis, the largest French company specializing in the management of wholesale markets in Europe, to rehabilitate and develop the markets of vegetables and fruits in Egypt.

Minister of Supply and Internal Trade Ali al-Meselhy said that the ministry is exerting great efforts to develop the infrastructure for internal trade, especially wholesale markets and logistics areas, which will contribute to facilitating the transfer and distribution between governorates.

Wholesale markets are an essential component of the internal trade system and their management process had become very complex, he added.

Meselhy added that France is the number one country in Europe in terms of the management of wholesale markets.

He said that an agreement was signed between the governments of the two countries to develop logistics areas, wholesale markets and production chains in Egypt, as well as provide technical support and training of Egyptian cadres in a grant of 80 million euros.

First Assistant to the Minister for Investment and head of the Internal Trade Development Authority Ibrahim Ashmawy said that the agreement with Rungis includes management of the wholesale markets in Egypt and providing technical support for a period of six months as a first stage, which is scheduled to start in February.

He pointed out that the agreement aims to reduce the rings of circulation and reduce losses while providing good management, which would lead to a reduction in prices for the consumer by 15-20 percent during 2019.

Ashmawy stressed that the first phase of the agreement includes developing, operating and managing markets for vegetables and fruits. The next phase targets the French company entering the stage of partnership to finance and establish new markets.

Rungis Project Manager Benoît Juster confirmed the importance of the Egyptian market on the company’s future investment map in the Middle East, pointing out that the company hopes to establish a long-term partnership with Egypt in the establishment and management of wholesale markets.

Juster said that his company manages, operates and provides support to wholesale markets in France, as well as other countries such as Russia, Kazakhstan, Benin, the Philippines and Budapest. He added that the company’s annual sales volume exceeds 10 billion euros.