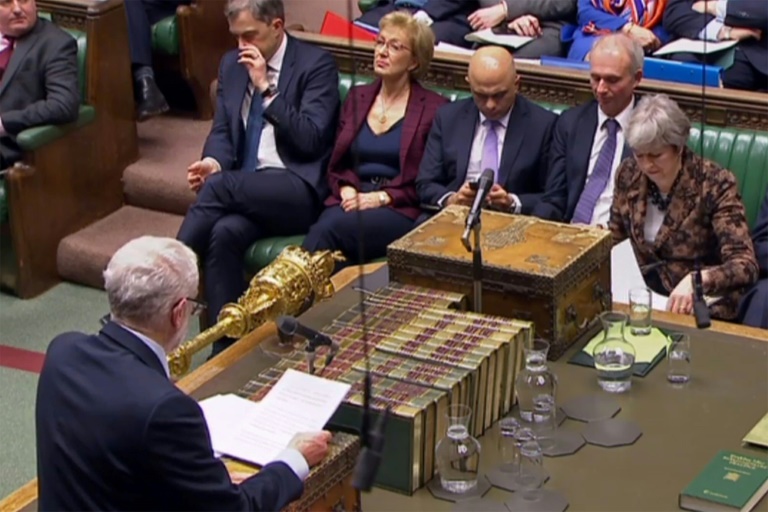 British MPs frustrated with Prime Minister Theresa May’s Brexit strategy are seeking to force a new approach, which could include delaying Britain’s exit from the EU and holding a second referendum.

The House of Commons rejected May’s withdrawal deal last week, leaving Britain on course to exit the EU on March 29 with no deal.

She has promised to try once again to amend the agreement, but critics say she will not succeed — and that parliament must now take control.

May has promised a debate and votes on the way forward on January 29.

The government laid a parliamentary motion late Monday setting the stage for the discussions, and groups of MPs have already begun tabling amendments.

What do the MPs want?

An amendment tabled by opposition Labour leader Jeremy Corbyn demands parliamentary time to debate and vote on options to avoid a “no deal” Brexit.

These include negotiating a new UK-EU customs union and a “strong relationship” with the EU’s single market, and holding a second referendum.

Senior Labour MP Hilary Benn has tabled an amendment demanding the government hold a series of votes designed to test what the Commons wants.

These would include votes on leaving the EU with no deal, holding a second referendum or renegotiating with Brussels.

Labour MP Yvette Cooper has tabled an amendment to force the government to make time in the Commons to debate her own bill preventing a “no deal” Brexit.

This legislation says that if there is no Brexit deal by February 26, the government must delay Britain’s departure from the bloc until December 31, 2019.

This has the support of some former ministers in May’s Conservative party.

The only thing that can force an unwilling government to act is legislation — which is why Cooper has tabled her own bill. However, she might struggle to get this through parliament in time.

Are they right to try?

But Corbyn said that the government has no new ideas and “MPs must now act to break the deadlock”.

Hilary Benn added: “MPs doing their job are not plotters, they are trying to sort out the mess the prime minister has created.”

Not all amendments will be put to a vote — the selection will be made on the morning of January 29 by Commons Speaker John Bercow.

Any that are chosen would need support from all sides. It is unlikely that Corbyn’s plan would command the support of any Conservative MPs.

Technically, any amendments agreed would not be legally binding, but politically, it would be hard for the prime minister to ignore them.

“It’s an opportunity for the House (of Commons) to express its political will,” her spokesman said.

This would be particularly true if a significant number of Conservative MPs backed any amendment.

The government is under pressure to allow a free vote by its MPs, with reports that failure to do so could result in a slew of ministerial resignations.

Setbacks for May as MPs debate Brexit deal before historic vote