Policymakers from the world's top economies said on Saturday that the world needs to look beyond easy monetary policy to provide balanced growth.

In a joint communique issued at the end of the two-day conference of G20 central bankers and finance ministers in Shanghai, participants repeated previous pledges not to engage in competitive currency devaluations and pledged to "consult closely" on exchange markets.

The final communique appeared unchanged from a draft reported by Reuters earlier on Saturday.

Policymakers from the Group of 20 big developed and emerging economies said they would use "all policy tools — monetary, fiscal and structural — individually and collectively" to strengthen growth and financial stability.

The communique specifically said countries would make tax policy and public spending "as growth-friendly as possible", while prioritizing high-quality investments.

G20 countries would "use fiscal policy flexibly to strengthen growth, job creation and confidence, while enhancing resilience and ensuring debt as a share of GDP is on a sustainable path", it said.

The group said structural reforms would play an essential role in boosting productivity and potential output.

"We are committed to further enhancing the structural reform agenda," it said.

Geopolitics also figured in the communique.

"Downside risks and vulnerabilities have risen," it said, citing a backdrop of volatile capital flows, a drop in commodity prices, the "shock" of a potential British exit from the European Union and increasing refugee flows.

"While recognizing these challenges, we nevertheless judge that the magnitude of recent market volatility has not reflected the underlying fundamentals of the global economy," it said.

World Bank raises forecast for growth of Egypt economy to 6.1% in 2022 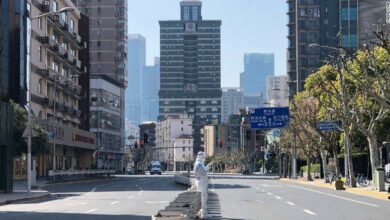 In support of Egypt, Saudi Arabia provides billions as a deposit with CBE