He also called on Lebanon to tighten border controls and take measures to deter drug smuggling via exports into Saudi Arabia and other Gulf states. 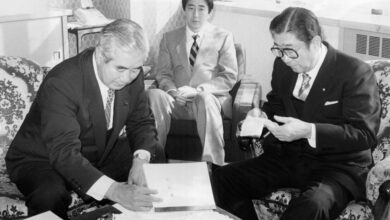 Shinzo Abe was born into a family of Japanese Prime Ministers