Facebook Twitter LinkedIn
Democracy is classically defined as the rule of the people, by the people, for the people and that basically means that people are the most important factor in the process of decision making in any given democratic country.
Many revolutionary figures harshly criticized former Vice President Omar Soliman in his response to Christiane Amanpour when she asked him, “Do you believe in democracy?” He replied, “For sure. Everybody believes in democracy, but when you will do that? [Only] when the people here will have the culture of democracy.” His answer was so real yet condemning of Mubarak's regime, if people at this time hadn't had this culture of democracy then there must have been practices and policies that didn't support this culture.
The same attitude applies to what John Kerry said in Geneva II, “It has to have an inclusive Syria where every citizen can live in dignity led by a government that the people of Syria empower with their consent.” However, when Kerry mentions people's consent as a means of empowerment what exactly does he mean? It is crystal clear that he explicitly gives a great support to people's consent, but this is a very entangled situation. There are so many diverse groups in Syria, you can never find a real answer to people's consent until you come up with a referendum that tells us who supports who. Even then, it's not guaranteed to be clear.
So in this dilemma, things have to follow the real order of democracy, which as Kerry stated it, the consent of the people. That means that Kerry is following  an upside down scheme which won't lead to any democracy. When will we see a politician who calls a spade a spade for a change? I think this may never happen. The USA along with Saudia Arabia, Qatar and Turkey and other allies is in Geneva II with an agenda that will not lead to a real reconciliation in Syria. They have already decided to oust Bashar Al-Assad and then they are asking him and his regime to approve it, which makes the situation more complicated.
The predicament can't be worked out unless the parties involved have taken new power-share according to people's votes through a referendum monitored by the UN. After that they can start a reconciliation process that may heal the wounds of the crimes committed once in the name of democracy, other times in the name of the state, and many times in the name of religion.
It is quite clear that the path they have taken in Geneva II only leads to more division and conflict. Herb Cohen once said “At any level, try not to negotiate with a person who lacks authority, unless you enjoy wasting your time.”
So the question now is who the opposing groups in Geneva II exactly represent, and who exactly the regime represents, they can never tell us. Unless the right people represent the Syrians, the dilemma will stay unsolved. And the question stays lingering, are they really willing to come up with a solution?  I doubt it. The only party in the equation that's suffering is the people, they have always been and they will always be.
Tags
Geneva II 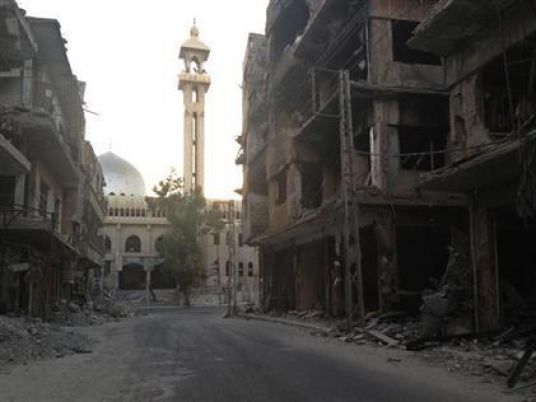 Syria opposition says it has evidence of chlorine gas attack 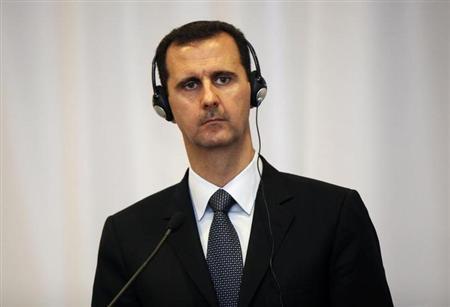 Syrian state TV: Government will join next round of Geneva peace talks