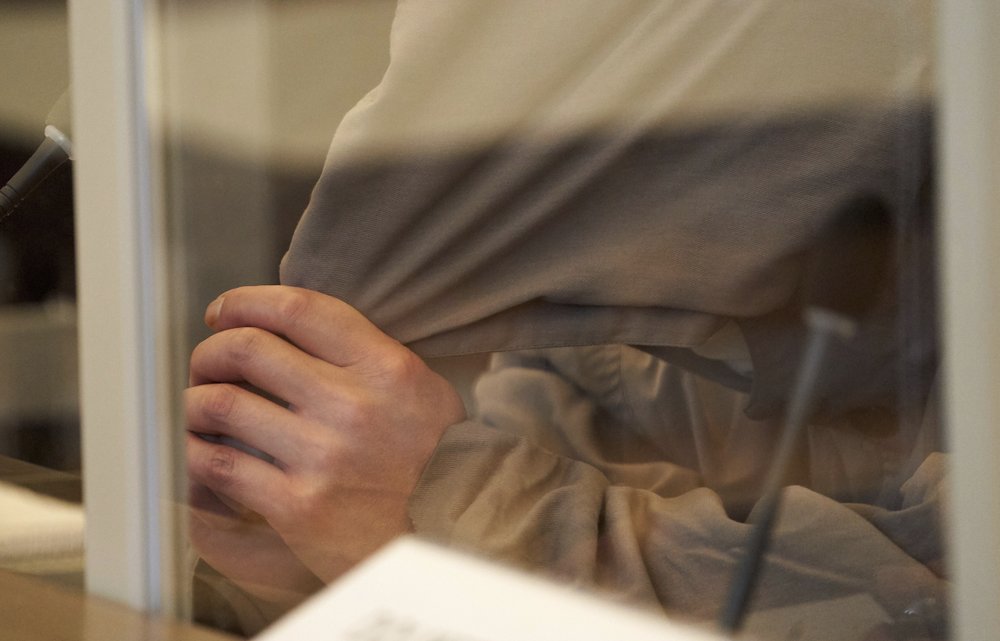 BERLIN (AP) — Two former members of Syria’s secret police appeared in court in Germany on Thursday accused of crimes against humanity for their role in a government-run detention center where thousands of opposition protesters were tortured.

The trial of Anwar R. and Eyad A., whose last names weren’t released because of German privacy rules, is the first time that representatives of the Syrian government have faced trial abroad for war crimes allegedly committed during the country’s years-long conflict.

The two men, who were arrested in Germany early last year, face testimony from several Syrian refugees who allege they were tortured at the detention center known as Al Khatib, or Branch 251, near Damascus.

Federal prosecutors allege 57-year-old Anwar R. was in charge of the site and thereby responsible for crimes against humanity, rape and the murder of at least 58 people there. The indictment by German prosecutors accuses him of complicity in more than 4,000 cases of torture.

Eyad A., 43, is accused of being part of a police squad that detained protesters and brought them back to Branch 251, where they were then mistreated.

At least nine torture victims are represented as co-plaintiffs in the case, as allowed under German law. They and several others are expected to be called as witnesses. They are supported by the European Center for Constitutional and Human Rights.

If convicted, Anwar R. could face life imprisonment. Eyad A. could be sentenced to up to 15 years in prison if convicted of complicity in crimes against humanity.

The defendants’ lawyers declined to comment to reporters ahead of the trial, which is scheduled to last several months. The men, who themselves left Syria for Germany before their arrest in February 2019, remain in prison.

The trial has been described as a pivotal moment in the effort to bring Syrian officials accused of crimes to justice.

A United Nations expert panel published a report two years ago detailing the extent to which prisoner abuse is widespread in Syria, particularly in government detention centers.

“For the first time thousands of instances of torture and abuse are being prosecuted before an independent court in Germany,” she said. “This sends a clear message: War criminals must not feel safe anywhere.”

Lambrecht said the trial would send a “signal of hope” to many who have fallen victim to crimes at the hands of the Syrian government.

More than 700,000 Syrian asylum seekers have found refuge in Germany in recent years, including Wassim Mukdad, who plans to testify in court.

“The first time in my life that I experienced a fair trial,” Hussein Ghrer, another co-plaintiff represented in Koblenz, said. “We want to reveal the truth about the system of torture in Syria.”

The Koblenz regional court, where the trial is being held, has reduced the number of seats available to reporters and the general public by a third due to social distancing rules to combat the coronavirus pandemic.

Image: One of the defendants, Eyad A. (43), is sitting on the bench of the Higher Regional Court behind Corona protective screens, hiding his face under a hood in Koblenz, Germany, Thursday, April 23, 2020. Two former members of Syria’s secret police go on trial Thursday in Germany accused of crimes against humanity for their role in a government-run detention center where large numbers of opposition protesters were tortured. (Thomas Frey/dpa via AP)