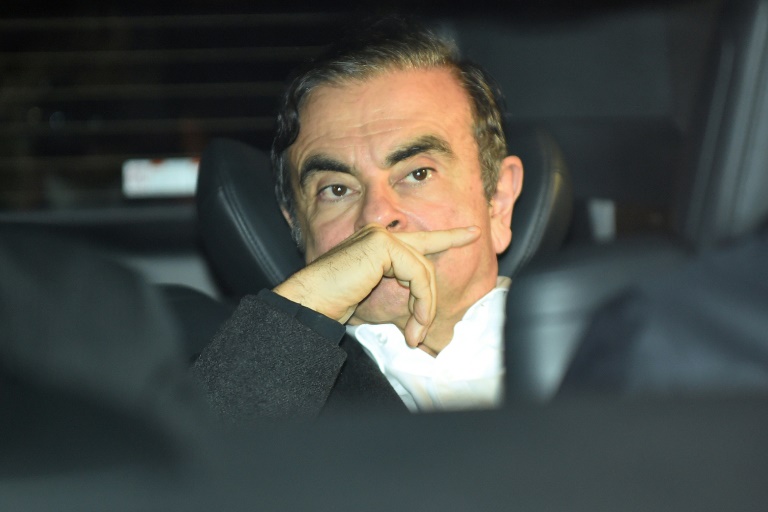 Former Nissan chief Carlos Ghosn is seeking court permission to attend a board meeting at the Japanese automaker while out on bail, his lawyer told reporters Monday.

“(Ghosn) has a duty to attend the board meeting as a member of the board, so if he is allowed, he wants to attend,” Junichiro Hironaka said in comments carried on Japan’s NTV televsion station.

Nissan is scheduled to hold a board meeting Tuesday afternoon at the company’s headquarters in the city of Yokohama.

The firm said it could not confirm that Ghosn was seeking to attend the meeting but that it would be “for the court to decide” whether its former chief could be present.

Nissan removed Ghosn as chief shortly after his shock November 19 arrest, but he cannot be officially removed from his seat on the board without a shareholder meeting.

The company has scheduled one for April 8, but Ghosn retains the right to attend board meetings until then.

But he must also obtain the court’s approval, which may prove challenging given the stringent measures that govern his release on bail.

Under the terms of his release, he is forbidden from contacting people who could be involved in his case, including Nissan executives likely to attend board meetings, such as CEO Hiroto Saikawa.

Ghosn, who paid nearly $9 million in bail money, must also live in a residence that is monitored from the outside by camera, and can only access a non-internet connected computer at his lawyer’s office.

The 65-year-old was released on bail on March 6 after more than 100 days in detention.

He faces three charges of financial misconduct over allegations he under-reported his compensation and sought to transfer personal losses to Nissan’s books.