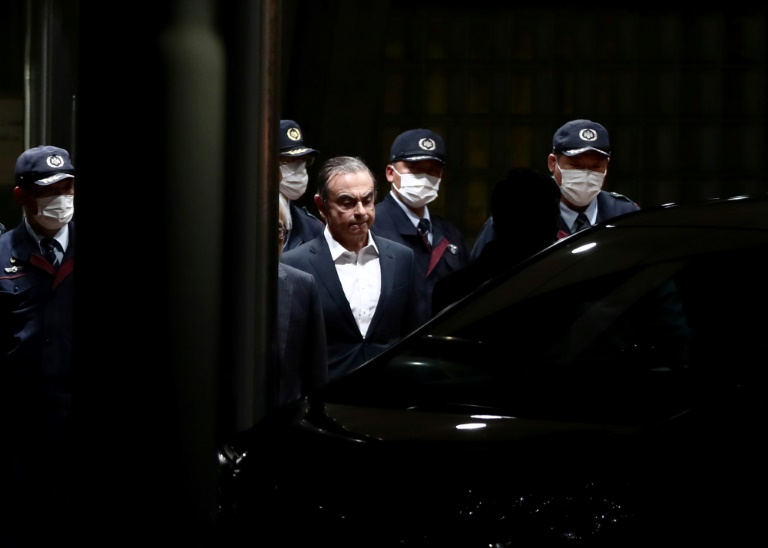 Former Nissan chief Carlos Ghosn’s trial, which was expected to begin in September, will be delayed, local media said Saturday, hinting that it may not start this year.

The 65-year-old tycoon, currently on bail, is preparing for his trial on four charges of financial misconduct ranging from concealing part of his salary from shareholders to syphoning off Nissan funds for his personal use.

The Tokyo District Court had proposed to start his trial in September during its pre-trial meetings with his defense lawyers and prosecutors, news reports said, quoting unnamed sources.

But the court told the lawyers and prosecutors on Friday that it had retracted the plan without proposing a new time frame, Kyodo News said, adding that the move could mean the trial will not start this year.

The court also decided not to separate the trial for Ghosn, his close aide Greg Kelly and Nissan — all indicted on the charge of violating the financial instruments law by under-reporting Ghosn’s compensation, according to Kyodo.

His lawyers have so far demanded he be tried separately from Nissan and have voiced fears he will not receive a fair trial.

The Sankei Shimbun also said prosecutors gave up filing an appeal to the Supreme Court against his bail, a move to erasing a chance of his return to jail unless he is arrested again on fresh charges.

Immediate confirmation of the news reports was not available.

On Thursday, Ghosn exited his Tokyo detention center after accepting bail of $4.5 million under strict conditions, including restrictions on seeing his wife.

His case has captivated Japan and the business community with its multiple twists and turns, as well as shone a spotlight on the Japanese justice system which critics say is overly harsh.

Ghosn denies all the charges, with a spokesperson for the executive saying on Monday he would “vigorously defend himself against these baseless accusations and fully expects to be vindicated”.

In a statement hours after his release, Ghosn said: “No person should ever be indefinitely held in solitary confinement for the purpose of being forced into making a confession.”

The dramatic case has thrown international attention onto the Japanese justice system, derided by critics as “hostage justice” as it allows prolonged detention and relies heavily on suspects’ confessions.

Ghosn hit with fresh charge in Japan, files for bail