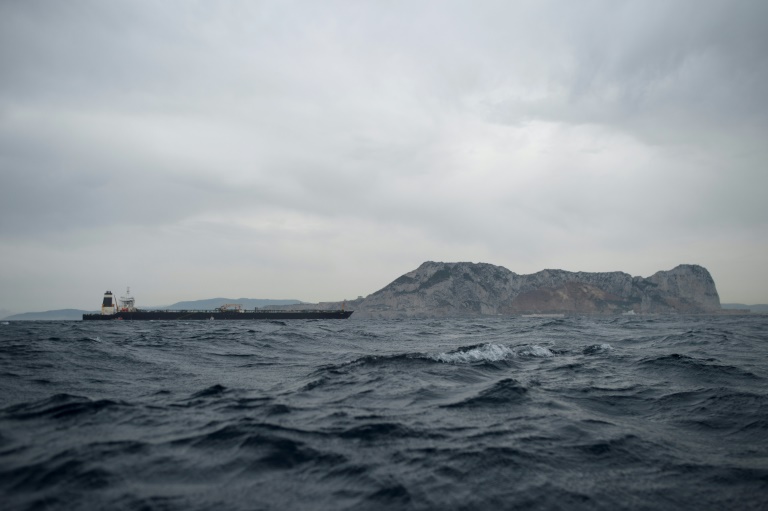 Gibraltar’s Supreme Court was to decide on Thursday whether an Iranian oil tanker seized last month near the tiny British territory can be held longer amid speculation that it might soon be released.

The Grace 1 supertanker, carrying 2.1 million barrels of Iranian oil, was seized on July 4 by Gibraltar police and British special forces off the overseas British territory, provoking a diplomatic crisis between Tehran and London. It was suspected of carrying oil to war-torn Syria in violation of EU sanctions.

Iran, which has described Britain’s actions as “piracy”, seized a British tanker, the Stena Impero, on July 19 in the strategic Strait of Hormuz for breaking “international maritime rules”.

The Supreme Court hearing on the fate of the Grace 1 is set for 10:30 am (0830 GMT), with a decision expected to be announced later in the day. The current detention order on the vessel expires on Saturday.

There has been speculation in recent days that Gibraltar authorities will soon release the tanker after the deputy head of Iran’s port authority, Jalil Eslami, said Tuesday that Britain had shown an interest in overcoming the problem and documents had been exchanged.

“I hope this problem will be resolved in the near future,” he added in a report by state news agency IRNA.

The government of Gibraltar would neither confirm or deny the report.

“We continue to seek to de-escalate issues arising since the lawful detention of Grace 1,” a spokesman said.

Sanam Vakil, a senior research fellow at Chatham house in London, said Iran sees its seizure of the Stena Impero as “retaliation” for the British seizure of the Grace 1.

“It’s a tit-for-tat thing. If the Grace 1 gets released, and it would be if behind the scenes probably Iran made a commitment not to export that oil to Syria, and then it is likely that the Stena Impero will also be released,” she told AFP.

Iranian authorities believe Britain seized the Grace 1 at the behest of the Trump administration which they feel is “staging an economic war against Iran designed in the long run to prevent Iran from regaining its market share in the oil sector. So Iran is also trying to defend its market share,” she added.

The capture of the tanker has heightened frictions just as European nations are scrambling to save a landmark nuclear deal with the Islamic Republic after the United States pulled out of it last year and started imposing sanctions on Iran.

Iran says the tanker was in international waters and was not headed to Syria. It has repeatedly called for the ship’s release.

Gibraltar authorities will also have to decide on the fate of four crew members of the Grace 1, including its captain, who were arrested shortly after the tanker was seized. All four are on police bail and have not been charged with any offence.

Gibraltar’s Supreme Court on July 19 extended its initial order authorising the detention of the Grace 1 for a further 30 days at the request of the attorney general.