Facebook Twitter LinkedIn
Girls’ Revolution, an online initiative calling for Egyptian women’s voice to be heard, has begun a new campaign to free Egyptian women from the social limitations imposed on them.
This time, the group is going after the stigma in Egyptian society against women riding bicycles, as many deem it inappropriate and “unladylike.”
“Breaking the shackles of unjustified social taboos is our main objective,” explained 22-year-old Ghadeer Ahmed, one of the founders of the movement.
The new campaign entitled ‘We Will Ride Bicycles’ calls on girls and women to enjoy the breezy pleasure of cycling in the streets of Cairo and turn a blind eye on negative social judgments.
Bicycling can often seem unattainable dream for women in a country suffers from a high rate of sexual harassment and is well-known for its severe traffic congestion.
“We want to encourage women to get the confidence to get on bikes and do whatever they want and wherever they need,” Michael Nazeh, another founder of the initiative, said.
“It is just a simple dream for many women and girls, but public criticism of female behavior or parents’ concerns to get harassed always prevent them.”
The movement has staged previous campaigns aiming to convey a message to Egyptian society that women should have the freedom of movement.
After the significant success of its first campaign named ‘We Will Wear Dresses’, the GR decided to repeat the experience differently while adopting the same vision.
After receiving many requests from its Facebook page’s fans to hold the cycling event, GR decided to team up with the Go Bike to provide bicycles, first aid tools, and security car to guarantee a safe and enjoyable experience.
In October, 100 participants headed out at 7am from 6th of October Panorama in Heliopolis, aiming to reach their first challenge of a 7-kilometer bike ride to al-Azhar park.
Besides seizing the bicycle as a tool to promote gender equality, 28-year-old Nazeh listed a number of advantages of cycling.
“We need to spread the culture of riding bicycles in Egypt. It is an environmentally friendly alternative to other modes of transport and an escape from getting stuck in the daily traffic jam,” Nazeh said adding it is a brilliant way to keep fit.
Despite the absence of bike lanes and some predictable, unwelcome comments from a handful passers-by, the event was generally met with great enthusiasm and positive feedbacks.
“We are planning to hold other events next month including bike riding, as there are plenty of other ideas still on the table,” Ahmed said.
Tags
cycling cycling in Cairo feminism feminist girls revolution 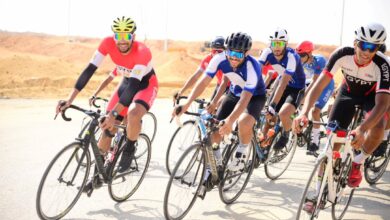 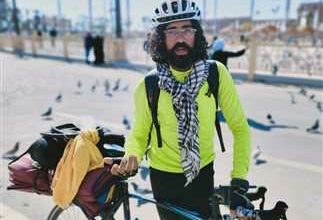