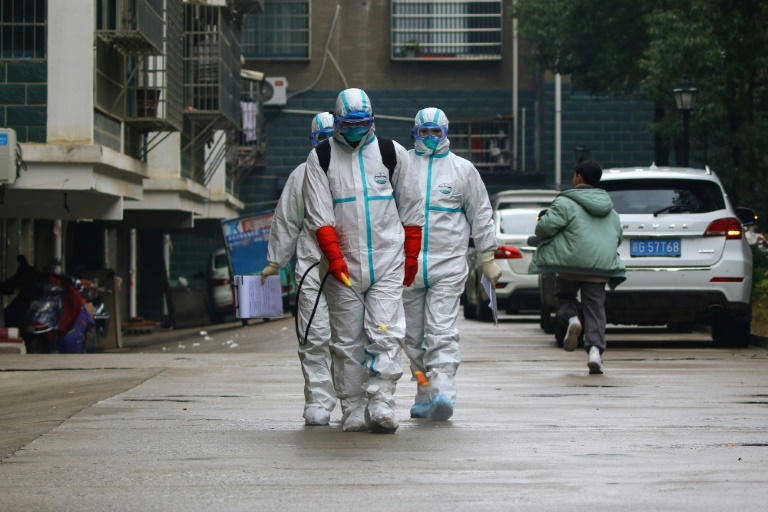 The rapid spread of a deadly virus in China caused growing global alarm on Monday, with Germany advising citizens to avoid the country, Mongolia closing its border and other nations racing to evacuate citizens trapped at the epicenter of the health emergency.

The coronavirus has now killed 81 people and infected more than 2,700 across China, with cases found in around a dozen countries as far away as France and the United States.

In a sign of the mounting official concern, Premier Li Keqiang visited ground-zero to oversee containment efforts in Wuhan, a city of 11 million people where the disease emerged late last month.

The government has sealed off Wuhan and other cities in Hubei province, effectively trapping tens of millions of people, including thousands of foreigners, in a bid to quarantine the virus that struck amid the Lunar New Year holiday.

The Communist government decided to extend the holiday, initially due to end on January 30, for three days to limit population flows as it battles the outbreak.

Twenty-four new deaths were confirmed in Hubei on Monday, and the southern island province of Hainan reported its first fatality, bringing the nationwide toll to 81.

More than 700 new infections were confirmed, while the number of suspected cases doubled over 24 hours to nearly 6,000.

The youngest infected patient was a nine-month-old baby being treated in Beijing.

In Wuhan, construction workers raced against the clock to build two field hospitals within days to relieve overcrowded hospitals swamped with people waiting hours to see doctors overwhelmed by the influx.

In Germany, Foreign Minister Heiko Maas said the government was holding crisis talks with health experts to discuss the spread of the virus.

“Travellers should consider delaying or cancelling any unnecessary trips to China,” Maas said.

Landlocked Mongolia, which is heavily dependent on trade with China, closed the border with its huge neighbor to cars.

Malaysia on Monday has banned visitors from Wuhan and its surrounding Hubei province.

On Sunday, Paris cancelled a parade for the Lunar New Year, celebrated by the city’s large Chinese community, as a precaution, according to Mayor Anne Hidalgo.

The US, France and Japan are among countries looking to evacuate their citizens from Wuhan.

A US-bound flight is scheduled to leave Wuhan on Tuesday with consular staff and some American citizens. France plans to fly citizens out of the city in the middle of this week.

Germany is also considering the possible repatriation of its citizens in Wuhan.

But the WHO last week stopped short of declaring the outbreak a global emergency, which could have prompted international trade or travel restrictions.

The virus is believed to have jumped to people from animals in a Wuhan market that sold a wide range of exotic wild game.

China on Sunday banned all wildlife trade until the emergency passes.

The virus has caused global concern because of its similarity to Severe Acute Respiratory Syndrome (SARS), which killed hundreds across mainland China and Hong Kong in 2002-2003 and also was traced to the wild game trade.

Authorities around China have already imposed aggressive curbs on transport during the usually high-traffic new year season to keep the virus out.

Typically, hundreds of millions of people criss-cross China in jam-packed buses and trains during the holiday, a time for family reunions.

But the festivities have been ruined this year by coronavirus, which can be transmitted between humans, with people told to avoid gatherings.

Countless popular public attractions and seasonal festivals have been shut down.

The nationwide measures threaten to put a dent on an economy that was already slowing down.

Beijing and Shanghai were among places mandating stringent checks and 14-day observation periods for people arriving from Hubei.

Wuhan’s major Zhou Xianwang had said on Sunday that around five million people had left the stricken city during the new year travel rush in January, highlighting fears the virus could spread further.

Workers at one of the sites on Monday slogged through muddy ground churned up by earth movers, as occasional shouts of “Let’s go Wuhan!” rang out.

A man in his 50s who gave only his surname, Zang, said he came with a group of workers from neighboring Hunan province.

“We are happy to help in this situation. Our work will finish in three days,” Zang told AFP, saying he had no fear of the virus.

“Not at all. There are no sick people (at the building site), they are all in hospital.”

Image: AFP / STR, STR China’s National Health Commission said that in addition to 2,744 confirmed infections nationwide, up 769, there were nearly 6,000 suspected cases and over 30,000 people under observation

Public anger grows over coronavirus in Thailand, with eight cases of the illness