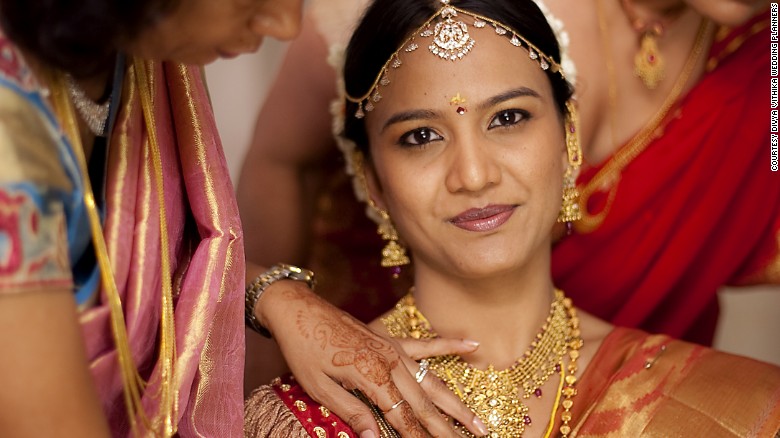 As Hindus all over the world prepare for Diwali celebrations, millions more will begin preparations of another kind.

October marks the start of the Indian wedding season, brought on by a string of auspicious dates in the Hindu calendar. Up to 20 million weddings take place in India annually, and while each will be unique, they’ll have a few things in common. One of them is gold. Lots of it.
India is a huge importer of the precious metal — to the tune of billions of dollars a month — as demand outstrips the country’s gold mining industry. Gold is a straightforward investment in a nation in which a large proportion of citizens are still unbanked, and a wedding day is the chance to wear gold accumulated throughout a bride’s lifetime — a collection augmented for the occasion.

Prices are on the rise

Global gold prices have risen since June this year, and savvy Indian consumers are looking to see where savings can be made.
A three-hour flight from Mumbai, Dubai is reaping the benefits. One jeweler interviewed by CNN reported sales increased 20-25% in the run up to wedding season. 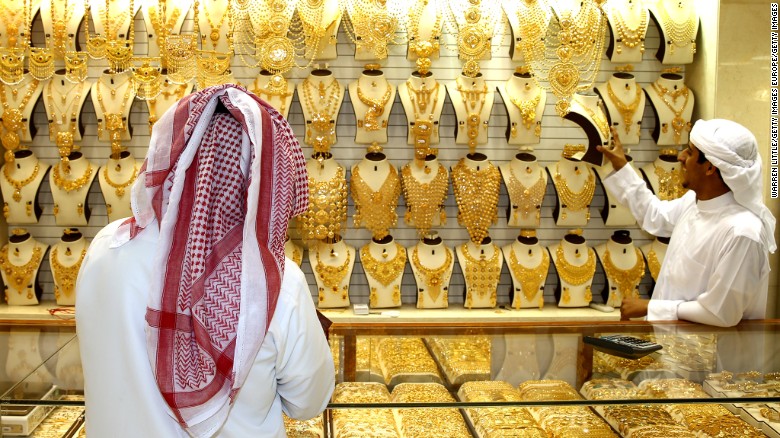 A gold merchant entices a potential customer with his jewelry at the Dubai Gold Souk in Dubai.
Consumers are drawn to the self-styled “city of gold’s” tax breaks and abundant supply.
Indian nationals can export a certain quantity of gold from Dubai duty free — 1.4 ounces for women, 0.88 ounces for men — and a 13% customs duty is imposed in India on weights above that, up to a limit of 2.2 pounds. For shoppers sticking beneath the duty threshold, Dubai offers a significant financial advantage argues Gaurang Desai, CEO of the Dubai Gold and Commodities Exchange (DGCX).
“Dubai will always be something like 6-9% cheaper than Indian jewelers when it comes to (gold),” he explains. Desai stresses that because Dubai offers easy access to other premium fashion brands and outlets, it makes wedding shopping much easier.
“When it comes to looking at the overall shopping bill, when you do it in Dubai it represents a huge amount of financial savings,” he adds.

Rich in value, rich in symbolism

Vandana Mohan, an elite wedding planner in New Delhi, says that gold plays an important role in Indian weddings because of its symbolism of wealth, prosperity and security.
Gold is considered the most precious of metals for Indians and during times of need, it can be used as a secure currency says Mohan.
“Historically, the reason why gold became so prominent was because it was a symbol of wealth. It was the most cashable component. If you gave somebody gold you could immediately (go to the market and) get actual money in return,” explains Mohan. Although trading gold for money has become less common, gold still holds the same high value in Indian families, she adds. 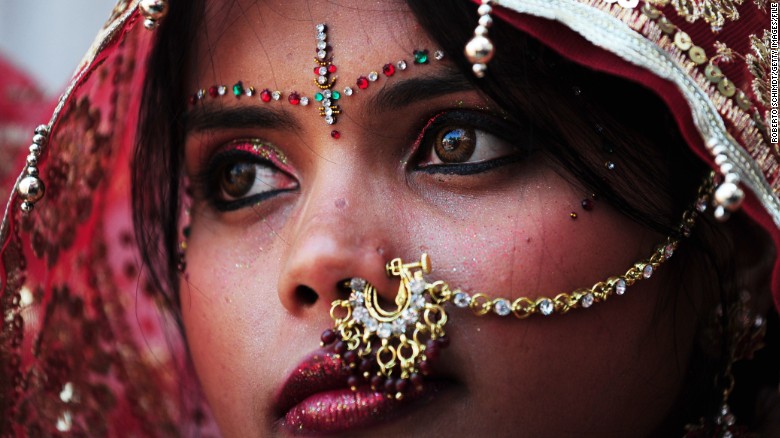 An Indian bride adorned in gold jewelry for her big day
“(It) doesn’t matter how progressive the family, something gold will always be at the wedding. Whether that is in presents, jewelry or coins,” says Mohan. The planner, whose clients include well known Bollywood names, says that at a minimum Indians spend 25% of their wedding budget on jewelry and gold. An upper-middle class Indian wedding can cost upwards of $200,000, creating a substantial price tag on the amount spent on jewelry. But considering that Indians are willing to break the bank for their jewelry needs, Dubai’s tax break isn’t the only incentive for Indian consumers.

Anil Pethani, director of Cara’s Jewellers, based in Dubai’s Gold and Diamond Park, says that during the Indian wedding season his business on average serves 6,000 – 7,000 Indian families. He also notes that jewelry sales increase by 20-25%.
Most customers, he adds, come to him asking for customized jewelry — something that can be done quickly in the emirate’s gold souk.
“Fifty percent of (Cara’s) business is customization. Many customers come with their ideas and how they want their jewelry made. Within a day we are able to (create the customized design). In other parts of the world the process takes a long time,” says Pethani. 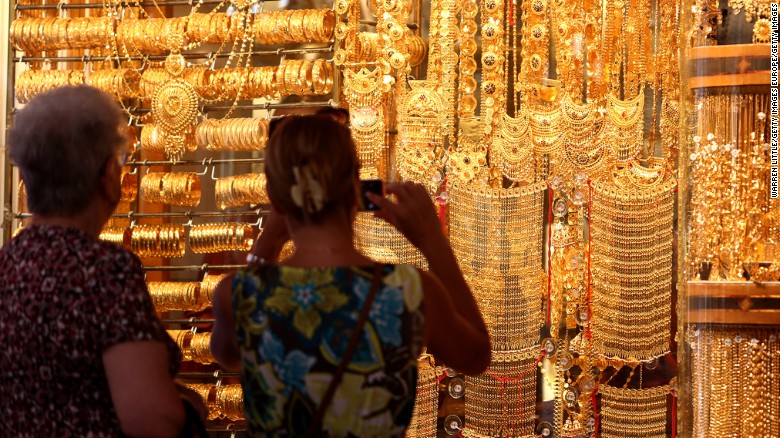 Visitors take pictures at the Dubai Gold Souk
Customized jewelry can be a big incentive for Indian customers. According to Mohan, brides nowadays prefer unique jewelry pieces rather than traditional necklaces and earrings.
“It could be pearl and gold, it could have a touch of diamond, it could be no stone at all or it could be just plain gold and silver. There are many options today for the youngsters to choose from.”

Efforts to be more transparent

Dubai’s gold souk in Deira, a large tourist draw, has not been without its controversies. In 2015 the UN documented jewelers willing to purchase gold from the Democratic Republic of Congo without questioning its origin or seeking proof of paid export taxes. Despite measures taken by the UAE government in 2013 to address the flow of gold from conflict zones, the UN said at the time that “those measures continue to fall short.”
Desai says the DGCX and the Dubai Multi Commodities Centre have taken further steps to ensure an ethical supply chain.
“We are working to increase the transparency in the whole trading mechanics, and that also involves a lot of education, a lot of awareness, a lot of campaigning around this with government and industry bodies,” says Desai.
He continues: “It’s a long process, but I’m sure there is going to be a perceptible change in the way gold is sourced, supplied and also marketed within Dubai.”
As Dubai’s second biggest trading partner, this should come as welcome news to India, and its brides-to-be.

At women-only salon in Brooklyn, Muslim-Americans prepare for Eid