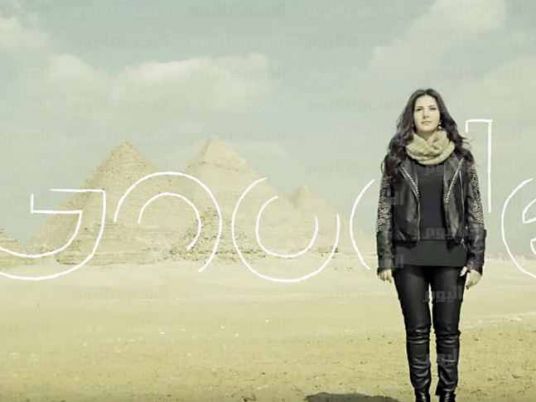 Google celebrated International Women’s Day on Tuesday with a video that features women across the world, including in Cairo, expressing their dreams and ambitions by completing the sentence "One day I will…".
In the video, Egyptian actress Donia Samir Ghanem appears alongside several women, who represent role models of successful women. The video was filmed in Cairo and 12 other cities. Nobel Laureate Malala Yousafzai and scientist Jane Goodall also took part in the making of the video.
“I’m so happy to take part in such an important event through Google’s campaign on International Women's Day, in which we represent women and girls from all over the world wanting to achieve their dreams and ambitions,” said Ghanem.
Ghanem wished that every woman and girl can "become a star in her field".
Google also filmed another video that focuses solely on Cairo, highlighting 25 Egyptian women talking about their aspirations for the future. University student Merna al-Bary, 22, said “One day I will be the first president of Egypt.”
Zain al-Masry, Google’s product marketing manager in the Middle East and North Africa, said that Cairo was selected as one of several cities around the world to show the experience of women who belong to various cultural backgrounds through different dreams, ages, languages and lifestyles.
Showing the biggest dreams and experiences of women and girls was the main target of the video, according to Zain.
Edited translation from Al-Masry Al-Youm