(CNN)- Houston was in the house Sunday night at the 63rd annual Grammy Awards.

Beyoncé broke the record for all-time wins by a woman and any singer male or female with 28 Grammys when she snagged the best R & B performance for “Black Parade.”

“I am so honored, I’m so excited,” she said during her acceptance speech. “As an artist I believe it’s my job and all of our jobs to reflect the times and it’s been such a difficult time. So I wanted to uplift, encourage and celebrate all of the beautiful Black queens and kings that continue to inspire me and inspire the whole world.”

Before the show aired, Beyoncé and her nine-year-old daughter Blue Ivy Carter won the best music video award for “Brown Skin Girl” making Carter one of the youngest Grammy winners in history.

The first award presented on air was for best new artist, which was won by a visibly surprised and emotional rapper Megan Thee Stallion.

The rapper and Beyoncé, who are both Houston natives, made history as the first pair of women to ever win best rap performance with the remix of Megan Thee Stallion’s “Savage.” The pair then went on to win for best rap song for the same tune.

Taylor Swift took home album of the year for “Folklore,” making her the first woman to win that award three times.
Billie Eilish’s “Everything I Wanted” was the winner for record of the year and she used part of her acceptance speech to insist that Megan Thee Stallion deserved the award.

“The Daily Show’s” Trevor Noah served as host and Harry Styles kicked off the show performing his hit “Watermelon Sugar.”
The night incorporated hot performances by the likes of Dua Lipa and Megan Thee Stallion with Cardi B along with presenters that included some of the workers from music venues who have been impacted by the pandemic.

Below is a list of nominees in several major categories. The full list of the 83 categories is available here.

Image; Billie Eilish reacts as she accepts the award for record of the year for “Everything I Wanted” at the 63rd annual Grammy Awards at the Los Angeles Convention Center on Sunday, March 14, 2021. (AP Photo/Chris Pizzello) 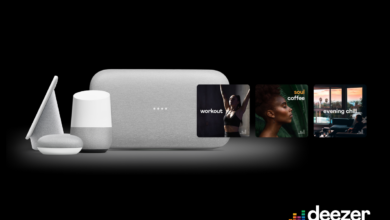