Economically stricken Greece is racing to cash in on a potential bonanza of Russian tourists deprived of their favourite holiday destinations by a Kremlin boycott of Turkey and violence in Egypt, but it may be too expensive.

As a result, Greece's tourism industry could draw at least 2 million extra visitors in 2016 and Athens plans to speed up issuing visas for Russians, Hellenic Association of Travel and Tourist Agencies (HATTA) president Lyssandros Tsilidis said.

If that comes true, Greece – on its third international bailout since 2010 – could earn 2 billion euros in additional tourism revenue, a boost of about 1.1 percent of its gross domestic product, according to a Reuters calculation.

At the top end of the market, Russian tourists stay longer and spend more in Greece, a fellow Orthodox Christian country, than the average foreign visitor.

But package holidays in Greece cost almost three times the Egyptian or Turkish equivalent per night, and the rouble has lost 40 percent of its value against the euro since the West imposed sanctions over Moscow's annexation of Crimea last year.

Egypt and Turkey topped the holiday destinations for Russians in 2014, jointly drawing more than 7 million. Thailand and Greece came third and fourth neck-and-neck.

Turkey earned some $3 billion from Russian tourism in 2014, with more than 4.5 million Russians visiting its resorts, a figure that has nearly doubled since 2009.

Now Moscow has banned charter flights and advised its tour operators to halt sales of Turkey holidays to its citizens.

Many more Russians are expected to stay home next year. The number of tourists going abroad will fall by more than 40 percent, the head of the Rostourism agency told Russian media after the Turkey sanctions.

Holidaymakers are also likely to change destination from Egypt and Tunisia due to attacks on tourists there this year, said World Travel and Tourism Council CEO David Scowsill.

"Despite the various challenges and attacks worldwide, our data has shown us that people do not stop travelling but rather change destinations," he said. "Egypt and Tunisia will suffer in the short term, Spain and Greece will benefit as a result."

"The target of 2 million extra Russian tourists in 2016 is feasible given the latest developments in Turkey and Egypt," he said, adding that this would require a generous easing of the visa process for Russians by Greek authorities.

The government agreed on Wednesday to simplify the application process for Russians and increase the number of biometric visas the consulate in Moscow can issue, a Greek official told Reuters.

The head of the Greek tourism industry, Andreas Andreadis, said the sector should stick with its strategy on Russia and not get carried away by what looked like a short-term opportunity that could be dashed by a diplomatic reconciliation.

"We've seen this game before… Something happens and then it's solved and what do you do? Change strategy again?" Andreadis told Reuters.

Another challenge for Greece is providing value for money.

"Tourists can't expect the same quality they get in Turkey and Egypt for the same price in Greece," said Antonis Kabourakis, president of the hoteliers' association on the east Mediterranean island of Rhodes.

"Tour operators who cancelled all inclusive luxury packages in Egypt and Turkey costing 35-38 euros a night ask me to match the offer to shift their custom to Greece. I can't do it for less than 100," he said.

Running a hotel in Rhodes costs far more than in Antalya, Turkey, or Sharm el-Sheikh, Egypt. Labour costs eat up twice as much of the revenue as in Egypt.

Greece has also just increased value added tax on hotels and scrapped reduced rates on six islands, including Rhodes, to meet the demands of its international creditors.

The weak rouble makes holidays in the euro area far more expensive for Russians. The exchange rate has fallen from 45 to 75 roubles per euro in the last 21 months.

Greece, a "mature market" that reached 95 percent capacity last summer, would also have to stretch its season or increase hotel capacity to meet the extra demand, Tsilidis said.

Katerina Voropaeva, owner of Lord travel agency in Moscow, says Greece may need to reconsider its pricing to compete against Egypt and Turkey, but demand is there.

"Greece has very big hopes for the next year, it's a popular destination for Russians, everyone's trying to shift the booked packages to Greece and elsewhere, it's difficult." she said.

"The Turkish market is completely closed for us now, we can't sell packages there and we are already financially exposed for our existing prepaid reservations," she added.

Egypt in the top 5 destinations for Russian travelers in summer 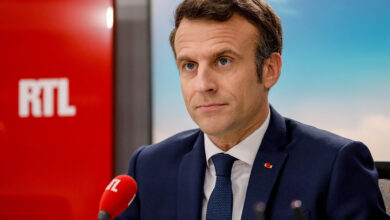