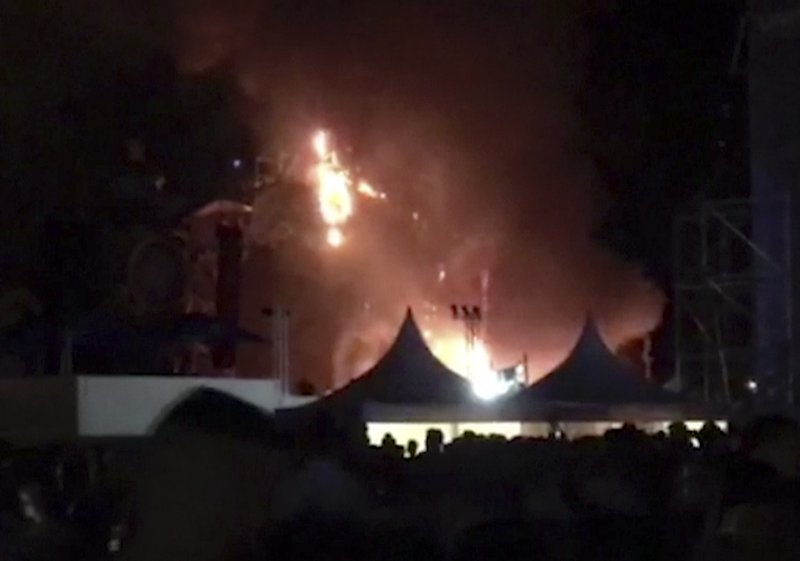 Authorities in Greece have declared a state of emergency on the island of Zakynthos where wildfires are burning for a fourth day.

The Fire Service says that the blazes are burning on 12 fronts and not threatening homes or resorts on the island, which is popular with tourists.

A statement from the office of Zakynthos Mayor Pavlos Kolokotsas said there were “clear indications that fires were caused by an organized campaign of arson.”

Arson-related fires near populated areas in Greece are often associated with illegal development, especially near Athens and around holiday resorts.

A large wildfire north of Athens is threatening homes as it sweeps through pine forest for a second day, uncontained due to high winds.

Fire Service officials two planes and five helicopters are fighting the blaze at Varnava, 45 kilometers (28 miles) north of the Greek capital, while a main road in the area is closed to traffic to give fire trucks better access.

The fire burned out of control for a second day Monday after damaging at least 20 homes the previous day and forcing the evacuation of holiday campsites used in the area for children’s vacations.

No one was hurt, and Fire Service spokeswoman Brigade Manager Stavroula Maliri described all the evacuations as precautionary.