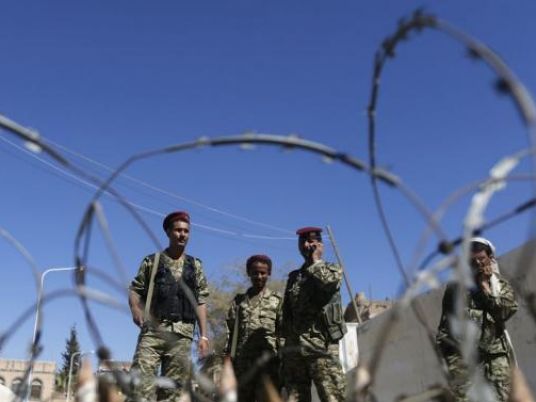 The Gulf Cooperation Council has accused Shi'ite Houthi rebels of staging a coup in Yemen after they announced they were dissolving parliament and forming a new government, Kuwait's official news agency said on Saturday.

The opposition of the GCC, a six-nation bloc comprising energy-rich Gulf states, may signal growing isolation for the impoverished Yemen and reflects the hostility of its majority Sunni Muslim neighbours towards the Iranian-backed Houthis.

"This Houthi coup is a dangerous escalation which we reject and is unacceptable. It totally contradicts the spirit of pluralism and coexistence which Yemen has known," the GCC was quoted as saying by KUNA news agency.

The GCC called the takeover a "threat…to the security and stability of the region and the interests of its people."

Yemen has been in political limbo since the president and prime minister resigned last month after the Houthis seized the presidential palace. On Friday, the movement dissolved parliament and said it would set up a new interim government.

Abdel Malik al-Houthi, the group's leader, said on Saturday he was open to all parties playing a role in Yemen's future.

"Our hand is extended to every political force in this country … the space is open for partnership, cooperation and brotherhood and now everybody bears their responsibility for building, not destruction," he said in a televised speech.

But he warned: "Any move which targets this people, its economy, security or stability is unacceptable, and the great Yemeni people will confront any such conspiracies."

Yemen's instability has drawn international concern as it shares a long border with top world oil exporter Saudi Arabia, and the country is also fighting one of the most formidable branches of al Qaeda with the help of U.S. drone strikes.

There was no immediate claim of responsibility, but Sunni Muslim militants in al-Qaeda in the Arabian Peninsula (AQAP) have repeatedly clashed with the increasingly powerful Houthis, raising fears of an all-out sectarian war.

Separately, thousands of demonstrators gathered in three cities in central Yemen to protest against the Houthis seizing power. Houthi gunmen dispersed dozens of activists near the capital's main university by firing into the air.

The Houthis entered Sanaa in September and began to fan out into more cities in Yemen's south and west. Their spread has destabilised the country's fragile security forces and stoked anger among tribal fighters allied to AQAP.

Four Houthi fighters were killed in a suspected AQAP attack in the southern al-Bayda province on Friday, while army forces clashed with tribesmen and AQAP fighters in a neighbouring district on Saturday.