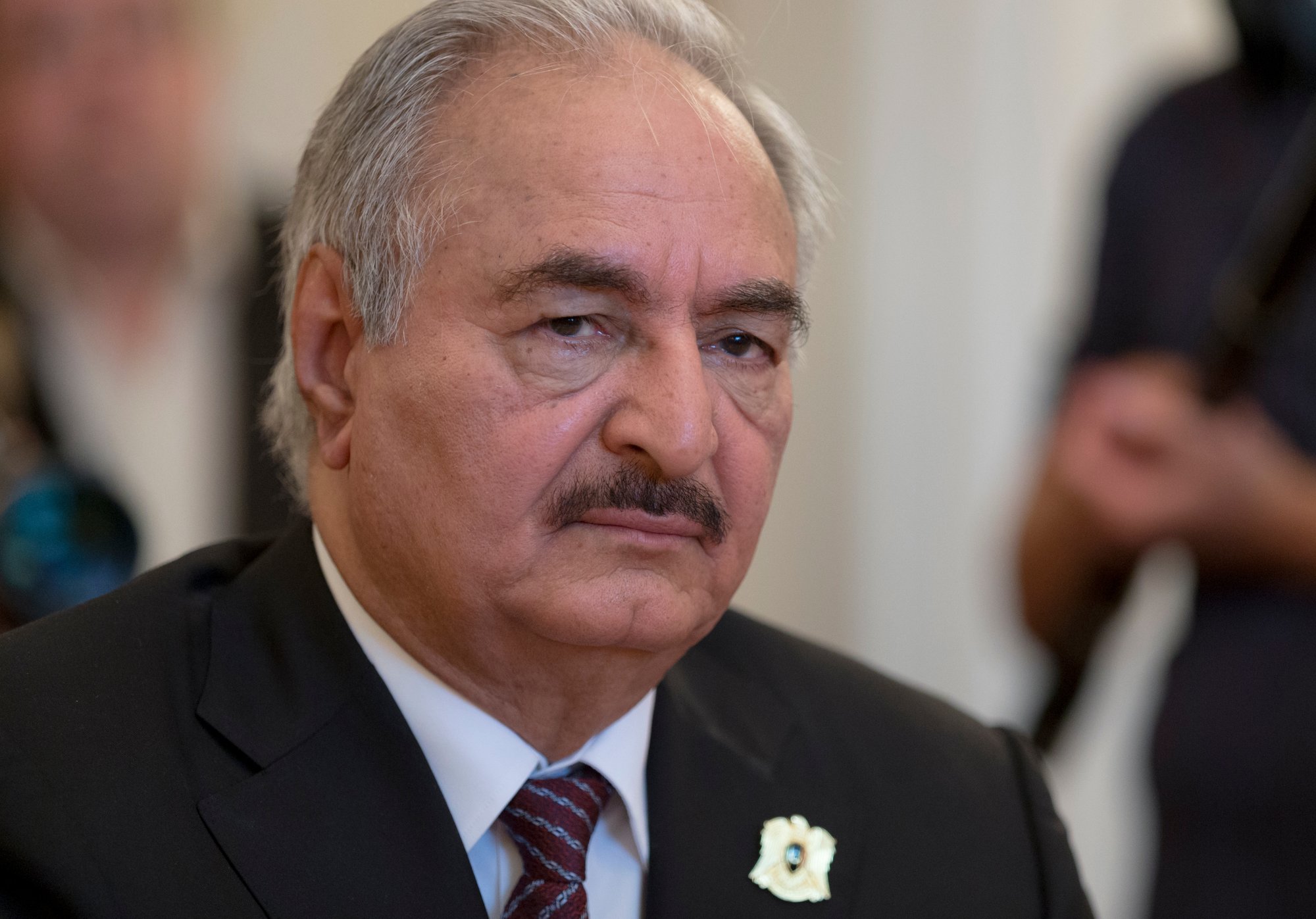 Uniformed police are out at major intersections, cafes and restaurants stay open late into the night, and local groups hold art exhibitions and festivals. But the city center lies in ruins, thousands remain displaced, and forces loyal to commander Khalifa Hafter, who now controls eastern Libya, have cracked down on dissent.

Benghazi offers a glimpse of what may befall the capital, Tripoli, where Hifter’s forces launched an offensive last month against rival militias loosely allied with a weak, U.N.-recognized government. Its fate could also harden the resolve of Hafter’s opponents — who view him as an aspiring dictator — and further imperil U.N. efforts to peacefully reunite the country.

Hafter’s forces have met stiff resistance on the outskirts of Tripoli, and experts say that despite considerable international support, he is unlikely to succeed in defeating his rivals in the west or unifying the country. They point out that even in the east, his forces rely on local militias as well as ultraconservative Islamists known as Salafists.

Benghazi was the epicenter of the Arab Spring uprising in 2011 that toppled and killed long-ruling dictator Moammar Gadhafi. But in the years after his ouster, the city and much of the country came to be ruled by a patchwork of armed groups: local and tribal militias, nationalist and mainstream Islamist groups, as well as al-Qaida and the Islamic State group. Extremists attacked the U.S. Consulate in Benghazi on September 11, 2012, killing U.S. Ambassador Chris Stevens and three other Americans.

Hafter served as a senior officer under Gadhafi but defected in the 1980s during the ruinous war with Chad, in which he and hundreds of soldiers were captured in an ambush. He later spent more than two decades in the suburbs of Washington, where he is widely believed to have worked with the CIA, before returning to join the uprising in 2011. He eventually built up forces known as the Libyan National Army.

In February 2014, he declared the start of an operation to root out the militias and unify the country. Four months later, when it appeared they would lose influence in a disputed election, Islamist and other factions in Tripoli launched an attack on their rivals, eventually splitting the country into rival authorities in the east and west, each beholden to an array of militias.

Hifter’s prominence rose as his forces battled extremists and other rival factions across eastern Libya, and the parliament there eventually recognized him as the head of its armed forces, giving him the rank of field marshal.

He also gained the support of Egypt and the United Arab Emirates, as well as France and Russia , all of which came to see him as a key ally against extremists and are widely believed to have provided weapons and other support despite a U.N. arms embargo. His opponents in western Libya are believed to have gotten aid from Qatar and Turkey.

Today his forces are firmly in control of the country’s east, and the near-daily assassinations, abductions and shootings that once terrified Benghazi’s residents are a thing of the past. Billboards and posters showing Hifter in full military regalia line the streets — with so many placed along the airport road that many jokingly refer to the display as Hafter’s Instagram page.

“In 2019 we have recorded no terrorist attacks or assassinations in Benghazi, which was a daily event back before the LNA took control over the city,” said Maj. Tarek Alkarraz, spokesman for the Interior Ministry in the east. He added that the city of Derna, which was under IS control, was similar. “Now life is back to normal and it’s safe and secure.”

Streets are cleaner, garbage is being collected and the electricity cuts out far less often than it did at the height of the fighting. Outside the devastated city center, modern shopping malls have sprung up, as well as upscale seafood and Turkish restaurants. Local ride-booking services are modeled on Uber and Careem.

“The only thing that matters is safety, which we are enjoying, thank God,” said Wanees Amgadah, a retired teacher. “The whole east, and God willing even the west, will be safe with the help of God, thanks to our soldiers.”

Hifter has modeled his rule on that of President Abdel-Fattah Al-Sisi, his close ally in neighboring Egypt, who led the overthrow of an elected but divisive Islamist president in 2013. Both have declared war on terrorism — applying the term not only to extremist groups but more moderate Islamists. Sisi has launched an unprecedented crackdown on dissent, jailing thousands of people and heavily restricting independent media and civil society.

“The LNA primarily emphasize stability and deem the Muslim Brotherhood and their allies and associates as a security threat,” said Claudia Gazzini, a Libya expert at the International Crisis Group. “This is a very vague term and this brand could be slapped on anyone who opposes the LNA.”

A human rights activist in Benghazi, who spoke on condition of anonymity for fear of reprisal, said the security forces are more aggressive than at any point since Gadhafi’s time, restricting the movement of activists and NGO workers, and regularly bringing them in for interrogation.

In a report issued last month, the Tripoli-based Libyan Center for Freedom of the Press documented 29 attacks on reporters by Hifter’s forces over the past year and a half, more than any other armed group. Hifter’s forces “prohibit all the media and journalists who are not loyal to it, and thus totally curtail all civilian state aspects in eastern Libya,” it said.

The report said more than 80 journalists have fled the country since 2014. Across Libya, it said, “journalists now face one of three options: to work under threat, or observe silence and not talk about the threats they face, or abandon their profession.”

Hafter’s supporters insist the LNA is not seeking to rule the country, but to rebuild the state and create the conditions for elected government.

“Our goal is not to rule or to establish a military government,” Abdulhadi Lahweej, the foreign minister in the eastern government, told The Associated Press earlier this month. “We want a civil state based on institutions and human rights. We want a government that the Libyan people choose and we will approve of whatever the people choose.”

Egypt has also held elections under Sisi, but they resulted in a parliament packed with his supporters, which earlier this year approved constitutional changes allowing him to potentially remain in office until 2030. Sisi was re-elected last year in a vote in which all potentially serious competitors were either arrested or pressured into withdrawing from the race.

After years of unrest, many Libyans may prefer that kind of stability.

“Is it possible to achieve democracy in the presence of two and a half million weapons?” asks Ahmed Almahdawi, an independent political analyst based in Benghazi. “I don’t think so.”

Younis Fanoush, a Benghazi lawmaker who recently helped launch an independent political party backing the LNA, said the only hope of establishing a civil state is to first defeat the militias.

He says the armed groups “chose to destroy any hope for establishing a democratic state and drafting a constitution. Now the only way is forward, and this war is a must to remove these cancerous entities from the capital.”

By RAMI MUSA and JOSEPH KRAUSS

Dozens of migrants drown off Tunisia coast after leaving Libya