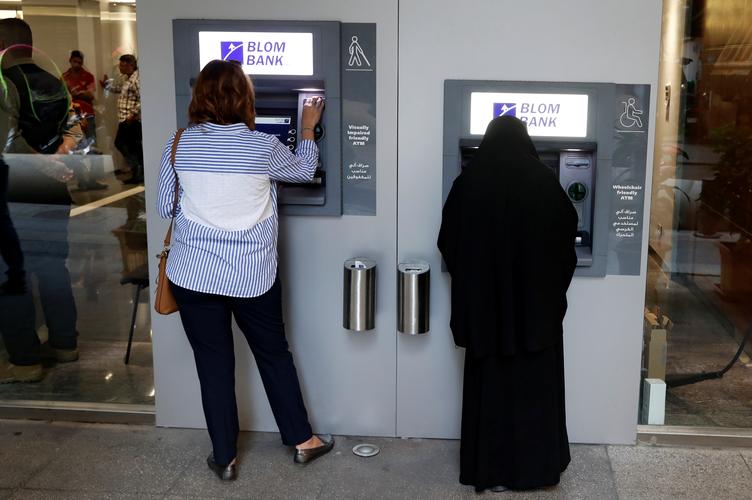 BEIRUT (Reuters) – The powerful Lebanese Hezbollah group said on Friday a new government must listen to the demands that fueled protests against the country’s rulers and led Saad al-Hariri to quit as prime minister this week.

The unprecedented, nationwide protests that erupted on Oct. 17 tipped Lebanon into political turmoil as it grapples with the worst economic crisis since the 1975-90 civil war.

Lebanese banks reopened for the first time in two weeks on Friday, with dozens of people waiting at some branches.

Lebanon’s banks see no ‘extraordinary movement’ of money on reopening

Customers encountered new curbs on transfers abroad and withdrawals from U.S. dollar accounts, though there were no formal capital controls, bankers and customers said.

The Lebanese pound strengthened against the dollar on a parallel market that has emerged in recent months, three dealers said.

Hariri, an ally of the West, quit on Tuesday after saying he had failed to resolve the crisis unleashed by the protests against a ruling elite accused of rampant corruption and steering Lebanon to economic collapse.

The Iranian-backed Hezbollah, a political adversary of Hariri, has opposed his decision, saying it would waste time needed to enact reforms that are urgently needed to plug gaping holes in the state finances.

“There must be serious work because time is tight and so is people’s patience,” he said, adding that the government’s goal must be to restore confidence.

After warning last week against a power vacuum that could lead to chaos and even civil war, Nasrallah said on Friday the “patience and awareness” of the Lebanese had averted such scenarios.

Supporters of Hezbollah and its Shia ally Amal attacked and destroyed a protest camp in central Beirut on Tuesday, days after Nasrallah had suggested that foreign foes were exploiting the protests.

President Michel Aoun, a political ally of Hezbollah, has yet to say when he will begin consultations with MPs to pick a new prime minister. Hariri’s government continues in a caretaker capacity in the meantime.

A Maronite Christian, Aoun signaled support for a new government of technocrats in a speech on Thursday, which would satisfy another of the protesters’ demands.

Nadim Houry, executive director of the Arab Reform Initiative, said Nasrallah’s speech was less accusatory than the last one and indicated a deescalation.

Taken together with Aoun’s speech, it appeared to suggest a change of course by Hezbollah and its Christian ally. “There is a direction that says we are going to present ourselves as listening to popular demands,” he said.

“Are they going to truly support what they are saying – a government that can get to work with credibility on the street?”

Lebanon’s economy has been hit by years of regional turmoil and a slowdown in capital flows to the country that has put its foreign currency reserves under pressure.

An hour after doors opened, dozens people of people were waiting at some banks in Beirut and other cities, Reuters witnesses said. At others, fewer were waiting.

The central bank had promised not to impose capital controls when banks re-opened, measures that could hamper the currency inflows and investment that Lebanon badly needs.

Asked about steps being taken by banks, Salim Sfeir, head of the Association of Banks in Lebanon, said: “I would not call it restrictions but rather efforts by the banks to accommodate all customers, given the pressure resulting from closing for two weeks.”

“We stand ready to adjust any measure taken, once the situation in the country is back to normal”, he told Reuters.

Lebanon’s banks reopen after 2-week closure due to protests