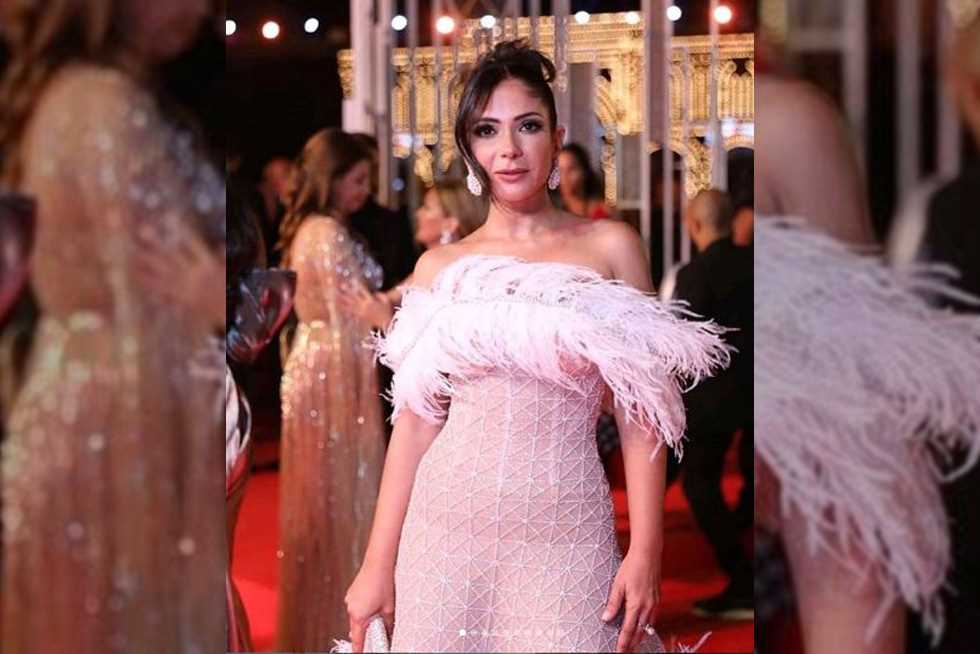 The third edition of El Gouna Film Festival kicked off with an opening ceremony that took place at the Marina Theater, where many celebrities rocked the red carpet with glamorous looks on Thursday, September 20. The festival is set to run until September 27.

The ceremony launched with its slogan “Cinema for Humanity” displayed on the theater’s screens, marking the theme of this year’s edition.

One of this edition’s highlights is an announcement made by the distinguished Egyptian actress Mona Zaki, who unveiled an agreement between UNICEF and El Gouna Festival. During her speech, she clarified that the agreement is mainly concerned with children’s rights, assuring audiences that humanity is GFF’s main priority.

Karim Kasem, one of the ceremony’s hosts, vowed that this year’s edition will be exceptional, because it marks the 30th anniversary of the founding of Egypt’s El Gouna.

The ceremony began with a comedy song performed by the famed artist Akram Hosny, who introduced his track “Cima”, jokingly claiming that the festival’s organizers intentionally did not invite him to participate in the festival’s opening songs for the past two editions.

“Cima” tackled the arts of filmmaking and acting, depicting their vital and historic role in developing humanity.

“I wish this festival will last for 100 years,’’ Hosny said.

The ceremony also saw the attendance of the Egyptian-Canadian “Aladdin” star Mena Massoud, who took to the stage and made remarkable statements met with substantial applause.

“Before I start to talk in English, I am happy that I returned back to Egypt, the mother of the whole world, as they describe it,’’ Massoud said, starting his speech in Arabic.

Massoud was recently selected to be an ambassador for the “Speak Egyptian” initiative organized by the ministry of migration, according to a statement issued by Egyptian Minister of State for Migration and Egyptian Affairs Abroad Nabila Makram.

At the festival, Massoud asserted that the power of art unites all those who participate in GFF. He further pointed out that artists have a magical ability to tell the stories of others and of their cultures.

Massoud recently started a foundation called the Ethnically Diverse Artists (EDA) foundation to support Canadian artists. At the festival, Massoud announced that he has selected the filmmaker Nesrine Eradi as the first to receive this award.

“The EDA foundation that I launched is about creating space for all our stories. It is about empowering artists from all over the world to tell their story or our story, because when we represent our cultures with sensitivity and truth, we foster a society that supports all people. I am here because I am confident in the talent we have to offer. We must continue to work to broaden the scope of our narratives,’’ Massoud mentioned.

The open ceremony also commemorated all the iconic celebrities who passed away over the past year with a poignant song performed by the Syrian singer Fai Younan. The singer drove the Egyptian actor Ahmed Al-Fishawy to tears when a picture of his legendary father appeared on screens.

The audience also saw a phenomenal performance by the Lebanese dancing troupe “Mayas”, which performed while traditional Egyptian music played in the background.

The director of the festival noted that this year, the festival is celebrating the renowned artistic journey of the late prominent Egyptian writer and journalist Ihsan Abdel Quddous.

The Arab Palestinian filmmaker Mai Masri received an award given to her during the ceremony by the highly-admired director Hany Abou Assad.

The ceremony closed with an announcement by jury members among whom were Nashen Moodley, the director of the Sydney Film Festival, Stas Tyrkin, film critic and director of the Dvizheniye, Egypt’s iconic director Khairy, and more.

Several celebrities attended the festival for the first time, including Mohamed Ramadan. Many celebrities also notably did not appear on the red carpet, including Nelly Karim and legend Adel Imam.