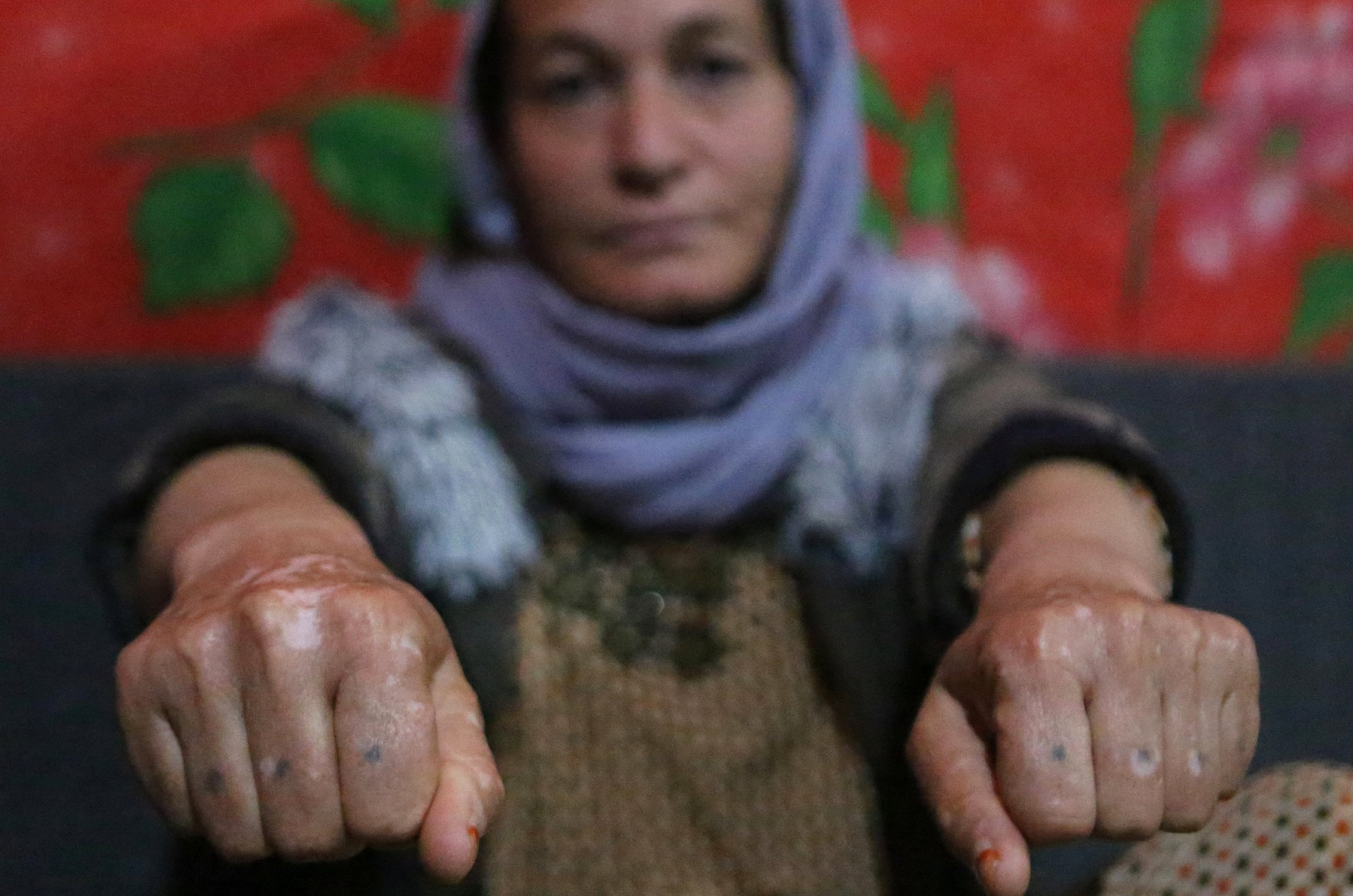 DAHUK, Iraq (AP) — Baseh Hammo was 38 when she was enslaved by militants of the Islamic State group along with other Yazidis. Raped and abused, she was sold 17 times among members of the so-called “caliphate,” and moved from city to city across a vast stretch of territory ISIS once controlled in northern Iraq and Syria.

Her ordeal came to an end in January in the Syrian village of Baghouz, when an ISIS member took pity on her as the final battle loomed with US-led Syrian Kurdish forces. He put her on a truck with his own family and allowed them to leave the village. She was picked up by Syrian Kurdish forces and reunited with her two daughters in Iraq a few days later.

Yet many Yazidis, followers of a minority faith, are still missing, five years after ISIS militants stormed Yazidi towns and villages in Iraq’s Sinjar region and abducted women and children. Women were forced into sexual slavery, and boys were taken to be indoctrinated in jihadi ideology.

Hopes surged last month during a two-week pause in the US-led coalition’s assault on Baghouz that some of the estimated 3,000 Yazidis still unaccounted for would emerge.

But few turned up among the thousands who streamed out of the tiny village. Hussein Karo, who heads the Yazidi Rescue Bureau in Iraq’s regional Kurdish government, said only 47 Yazidis were rescued.

Now, as US-backed forces resume their final assault on Baghouz, Hammo and Farha Farman, another rescued Yazidi woman, told The Associated Press they fear many may never return home and that the offensive endangers Yazidis who are still in the village.

The two said some are refusing to leave their children behind with their ISIS fathers while others are staying out of conviction, having adopted the jihadi ideology. Many are simply too terrified to flee.

Hammo said her days as a slave were consumed with loneliness and violence.

She was sold 17 times. One of her owners, a Swede, would lock her in the home for days without food while he went to fight. Another man, an Albanian, stomped on her hands in his military boots, after she scolded him for buying a 9-year-old slave girl.

In the Syrian town of Raqqa, once the seat of the caliphate, her nephews, 12 and 13 years old, carried guns and served as guards to a German ISIS fighter. When she invited them to eat with her, they refused, saying she was an infidel. She snapped back at them, “You’re one of us. You’re infidels, too.”

Hammo’s final months in captivity were especially trying as hunger gripped what was left of the caliphate. Bread grew scarce, and she began making dough for herself out of chicken feed. By the time she was brought to Baghouz, she was eating grass and leaves.

“I cannot even look at anything the color green anymore,” said a frail Hammo, her face gaunt, and her hands scarred from the abuse. She had heard there were still 1,000 Yazidis inside Baghouz, including 130 boys training to become jihadis.

Farman, 21, who arrived in Iraq in early February, feared for her sister and nine young male relatives still missing after being abducted five years ago.

Both Farman and Hammo, now staying in bleak camps for the displaced in Iraq, said international airstrikes had killed some Yazidis living as slaves in the caliphate.

Hammo said she had urged a Yazidi woman married to an Uzbek ISIS fighter to leave Baghouz with her, but the woman, who has had two children with the man, refused.

“She said she’d blow herself up first,” said Hammo.

Another Yazidi woman in Bahgouz, who had been married off to a Saudi man, was forced to give up two of her boys to be trained as ISIS fighters. “She said she couldn’t leave without them,” Hammo said.

In 2014, when the Islamic State group was at the height of its power and its self-styled caliphate spanned a third of both Syria and Iraq, ISIS militants stormed Yazidi communities in Iraq’s Sinjar region. The extremists, who consider the Kurdish-speaking religious minority to be heretics, enslaved, raped and killed thousands of Yazidis. Close to 200,000 members of the minority fled their homes.

Farman was 17 when she was abducted by ISIS from Sinjar. She was sold to a Syrian man who went on to carry out a suicide operation for ISIS. His family then sold her to a Saudi man who beat her savagely for trying to escape — twice.

The first time she tried to flee, she slipped out with a group of other Yazidi women to the countryside. “But we couldn’t get anywhere, so we gave ourselves up,” she said, speaking to the AP in a tent she is staying in with her aunt. She said she is haunted by nightmares that keep her from sleeping.

ISIS jailed her for a week after her first escape attempt, then turned her over to her captor who beat her savagely with cables and hoses.

The second time she tried to escape, her parents sent a paid smuggler to bring her to safety, but he was caught and gave up her name under ISIS interrogation. The Saudi man again punished Farman.

All the while, the militants were losing territory against advancing Syrian government and Syrian Kurdish forces, and she moved from city to city with her abuser along the Euphrates River, until they were finally trapped in Baghouz.

“I got to see half of Syria,” she said, ironically.

Finally, the Saudi man asked if she would flee with him to Turkey. She refused, so he sold her to a smuggler for $10,000, money arranged by the Yazidi community in exile, to help her leave on her own.

Farman made it out, but the Saudi man did not. He was caught by the US-backed Syrian Kurdish forces outside Baghouz, and has not been heard of since, she said.