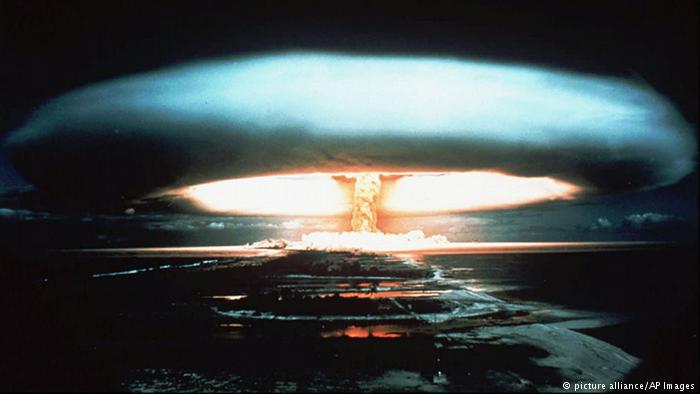 Those who have experienced a hurricane know the devastation one can wreak when mighty winds bear down, flattening homes, ripping up trees and creating huge storm surges. These storms are powerful. In fact, “during its life cycle a hurricane can expend as much energy as 10,000 nuclear bombs,” says NASA

At the halfway point, the 2017 Atlantic hurricane season has been defined as “very active” with seven hurricanes. Four of those seven — Harvey, Irma, Jose and Maria — have reached Category 3 or higher on the Saffir-Simpson scale. That means they are strong — very strong.

Jose was downgraded to a tropical storm, but the other three followed hot on each other’s heels, causing deaths and immense destruction, when they made landfall, through flooding and wind gusts of up to 130 miles per hour (209 kilometers per hour).

Because of their destructive and deadly force, the names Irma, Harvey and Maria will be retired from use, according to Philip Klotzbach, a meteorologist specializing in Atlantic seasonal hurricane forecasts.

But where does all that force come from?

Hurricanes — or tropical cyclones — form over waters where humidity is high, sea surface temperatures are warm (more than 26 degrees Celsius) and light winds prevail. Those conditions usually occur in the summer and early autumn in the tropical North Atlantic and North Pacific.

These cyclones use “warm, moist air as fuel,” according to NASA. The air moves up and away from the ocean’s surface, causing an area of low air pressure to form. Air from high-pressure areas moves into the low-pressure zone. It warms and rises too.

The cycle continues, and as that warm, moist air rises and cools, the water in it forms clouds. The clouds multiply; the wind whips up and grows, continuing to be fed by the ocean’s heat and water. The storm system’s rotation speeds up and forms a calm area of low pressure in the center, known as the eye. The strongest winds occur outside of this in the eye wall.

Hurricanes generally weaken when they make landfall because they lose their warm water fuel. But scientists believe global warming could increase the frequency and intensity of hurricanes and tropical storms, as ocean water heats up. More warm water equals more fuel.

The most powerful hurricanes usually form in the Gulf and Caribbean, where the water is warm even in the deep sea. The Atlantic’s deeper waters are typically cooler. As a hurricane grows and whips up deep, cold water, it loses fuel. This might be changing as the Atlantic heats up. Irma, for instance, had the strongest recorded winds of any hurricane to form in the open Atlantic.

A stunned Puerto Rico seeks to rebuild after Hurricane Maria