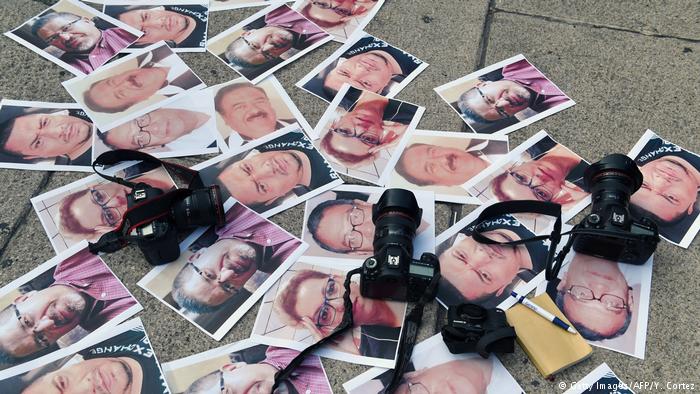 Reporters Without Borders (RSF) and Mexican nonprofit Propuesta Civica, which provides legal assistance to journalists, have called on the International Criminal Court (ICC) in The Hague to prosecute two former Mexican presidents for the death and abduction of numerous Mexican journalists during their presidencies. The organizations accuse ex-presidents Felipe Calderon (2006-2012) and Enrique Pena Nieto (2012-2018) of “crimes against humanity” in accordance to Article 7 of the Rome Statute of the ICC. During their time in power, 102 Mexican journalists were killed, and 14 were forcefully abducted.

Prior to the ICC a Mexican civil society network already filed a charge against Pena Nieto for corruption. “The charge was submitted one year ago and is now being considered by the ICC,” says Clara Franco Yanez of the Institute of Latin American Studies at the German Institute of Global and Area Studies (GIGA).

Read more: ‘There is no free press’ in Mexico

Franco Yanez says that even though the ICC is now considering the charge, it does not guarantee a court case against Pena Nieto will be opened. She believes “it is highly likely the ICC will launch a court case not because of corruption but because of other crimes, like the mass abduction and murder of 43 students in Iguala in 2014.”

The crime shocked Mexico and sparked major protests across the country. The mass killing is considered the biggest scandal that occurred during Pena Nieto’s rule. His government was accused of having hushed up the murders for 15 months. Mexico’s National Human Rights Commission (CNDH) came to the conclusion that the country’s federal police had committed grave human rights violations.

Reporters Without Borders says that in “99 percent of cases where journalists were murdered or abducted,” culprits got away scot-free. The situation is similarly bleak for other murder cases. Does mean ordinary Mexicans demanding justice have no other choice but to call on the ICC?

Franco Yanez say that individuals must rely on local and national courts as a first step. “But when citizens feel that justice is not being done, then they can call on the Inter-American Commission on Human Rights or the International Criminal Court,” she explains. Franco Yanez says Mexico does have a scheme in place to protect journalists but that it has proven ineffective, as reporters are still being killed or threatened.

The researcher says it is difficult to gauge the likelihood of Pena Nieto or any other former Mexican president actually facing trial at the ICC, because it is difficult to prove someone is guilty of criminal negligence. “It is different for some African military figures and dictators, whose direct involvement in crimes could be proven,” Franco Yanez told DW.

Reporters Without Borders has attempted to encourage Mexico’s current President Andres Manuel Lopez Obrador to endorse the legal action against his predecessors, says Emmanuel Colombie, who heads the organization’s Latin American desk. Adding that the president has already signaled his support.

But researcher Franco Yanez is skeptical, pointing out that “Lopez Obrador has focused on granting amnesty and that is why he will not want to complicate matters.” She believes the current president will only act when public pressure to do so increases.

But Colombie stresses that Obrador’s backing would be hugely important, “because the ICC must take into consideration charges filed by states, but not by nongovernmental organizations or individuals.” Franco Yanez underlines that “the ICC has been criticized for focusing too much on Africa and neglecting other parts of the world, like Latin America, even though impunity is a global problem.”