Fatma Youssef stuffs rice, chicken or meat and vegetables into boxes spread on her dining table — tens of them in the last few weeks. On some, she scribbles “Be well” in Arabic; on others, she writes “Together, we will get through this.”

Youssef doesn’t know who will eat her food. Still, she says, she cooks it with love — and purpose.

She and other volunteers in Egypt hope the meals will help nurse quarantined coronavirus patients back to health and provide them with some respite. In different neighborhoods in Cairo and some other cities, they’ve enlisted to cook, donate food or make contactless deliveries to patients’ homes. 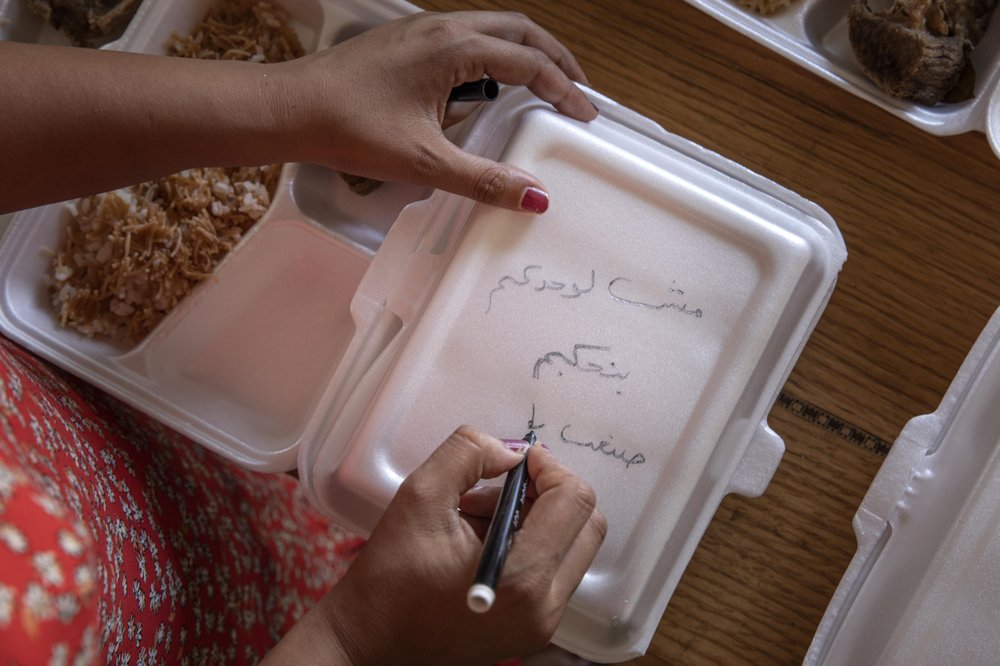 “Good things come out of crises all the time,” said Youssef, 27. “I didn’t expect that there would be people who would drop everything to help others they don’t know, haven’t met and will not meet.”

The effort took off in early June after Basma Mostafa, a 30-year-old journalist, wrote on Facebook that she was thinking of cooking nutritious meals for patients. She asked if someone would be willing to help with expenses or delivery or to connect her with those who are sick. She did not expect much.

Messages flooded her inbox. Friends and strangers offered to pitch in. So, she decided to create the meals initiative.

“I am amazed,” Mostafa said. “The idea exploded quickly probably because people felt alone […] and found something that says, ‘no, you’re not alone.’”

Today, about 1,500 volunteers take part in the program, and thousands more have asked to join, Mostafa said. Others have created similar efforts in their neighborhoods, she added.

The personal touch is the handwritten messages of support. Some are scribbled on heart-shaped notes or embellished with drawings of smiley faces.

“We are all with you,” reads one. “Speedy recovery,” says another. After one volunteer wrote, “made with love,” it has become a favorite slogan.

Mostafa said she got the idea of helping out when she was going through a particularly difficult time. “I thought that to alleviate my suffering, I can engage with the suffering of others and feel more for them,” she said. “I derive my strength and perseverance from the patients.” 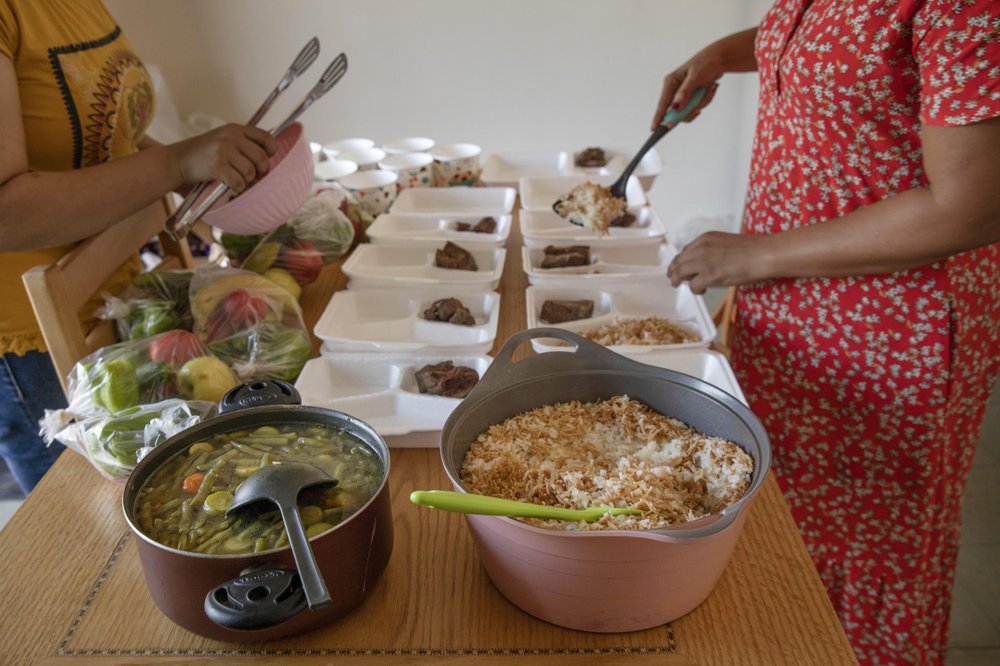 In their Facebook group, organizers offer two options: one with different categories for those wanting to help, another to request meals. Boxes are offered to patients, rich or poor, who are living alone or with other sick and quarantined family members.

When some patients ask to pay for their meals, organizers encourage them to pay it forward instead by donating supplies after they recover, Mostafa says. 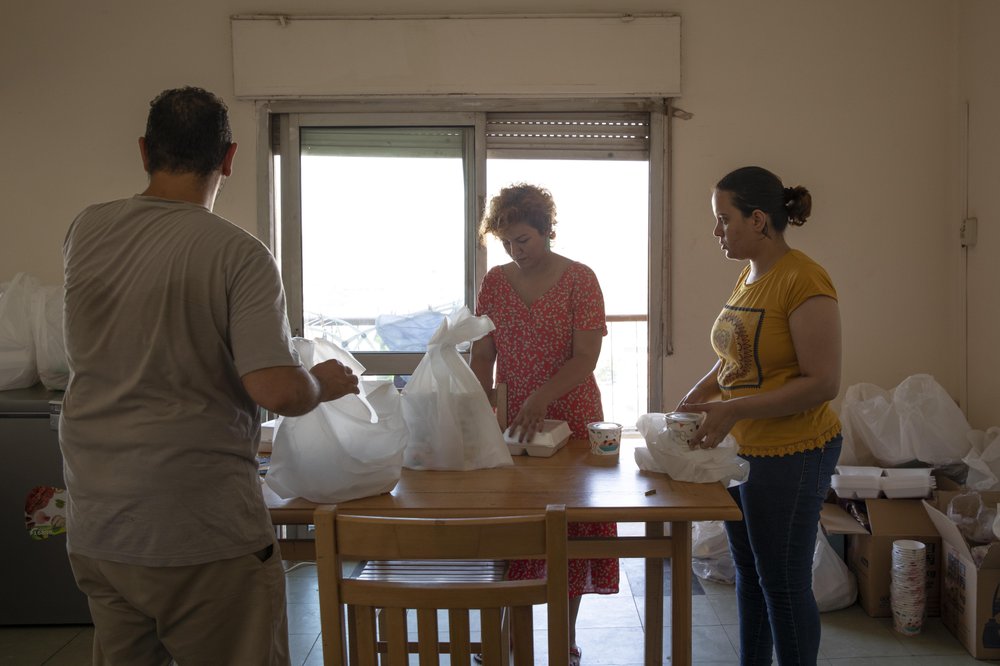 Mai Ezzat says she was skeptical a stranger would make the trip to her home to deliver meals.

The 20-year-old lives with her parents and two brothers. They all went into quarantine after her father contracted the virus, she said, and others showed symptoms. No one was able to go out to buy food. A volunteer brought cooked meals, vegetables and fruits to the family’s doorstep.

The gesture made her feel like “there’s still good out there” and offered a morale boost, she said.

Radwa Shalash, one of the organizers, says she is moved when patients who have received meals call to say they recovered.

“I have seen people who are willing to volunteer everything they’ve got, literally,” she said. “It made me feel like if something happened to me, if I ever needed something, I would find many people — so many people.”

Image: Basma Mostafa, a 30-year-old journalist who founded an initiative that sends freshly home cooked meals to quarantined coronavirus patients, package food at her friend’s apartment, in Cairo, Egypt. Saturday, July 11, 2020. Mostafa, who works with others to coordinate the volunteer effort, said she got the idea of helping out when she was going through a difficult time. “I thought that to alleviate my suffering, I can engage with the suffering of others and feel more for them,” she said. “I derive my strength and perseverance from the patients.” (AP Photo/Nariman El-Mofty)

All other photos (AP Photo/Nariman El-Mofty).