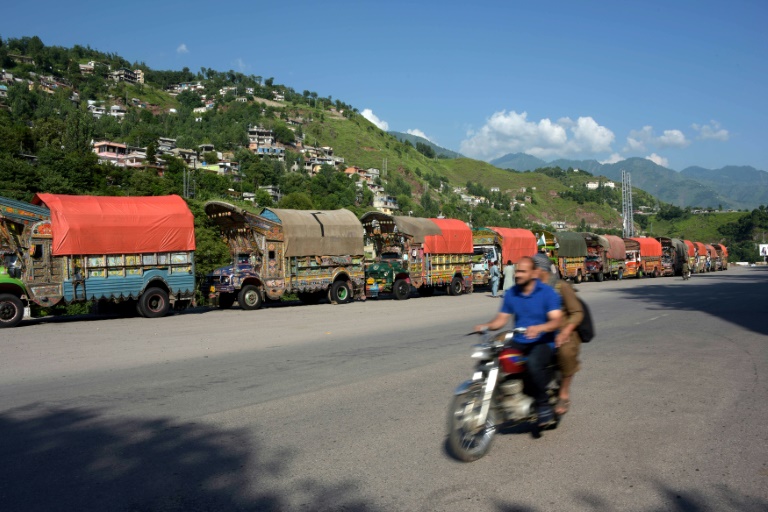 India has suspended trade across its disputed Kashmir border with Pakistan, alleging that weapons and drugs are being smuggled across the route, as tensions simmer between the nuclear-armed neighbors.

Kashmir has been on edge since a February suicide attack that killed 40 Indian paramilitaries and brought the two countries to the brink of war with cross-border air strikes.

On Thursday, India’s government, which is in the middle of a tough national election, said it had reports that trade on the border was being “misused by Pakistan-based elements for funneling illegal weapons, narcotics and fake currency.”

It also said many of those trading across the Line of Control, which divides Kashmir into zones under Indian and Pakistani control, had links to militant organisations.

The home ministry said trade would be suspended until a stricter inspection mechanism is in place.

The cross-border trade is based on a barter system, with traders exchanging goods including chillies, cumin, mango and dried fruit.

It began in 2008 as a way to improve strained relations between New Delhi and Islamabad, who have fought two of their three wars over the disputed region.

The Indian Express newspaper said Friday that 35 trucks carrying fruit traveling from the Indian side of the border had been stopped after the government order.

Trade on the border has been suspended before, including in 2015, when India accused a Pakistani driver of drug trafficking.

The latest move comes after India withdrew “Most Favoured Nation Status” — covering trade links — from Pakistan after the February attack, which was claimed by the Pakistan-based Jaish-e-Mohammed Islamist group.

Islamabad has denied any involvement in the attack.

India’s Hindu nationalist Prime Minister Narendra Modi has made national security a key plank of his re-election campaign, pointing to the recent flare-up of violence as he battles the centre-left opposition Congress party.

He is seeking a second term from the country’s 900 million voters in the mammoth election which kicked off on April 11 and runs till May 19. The results will be out on May 23.