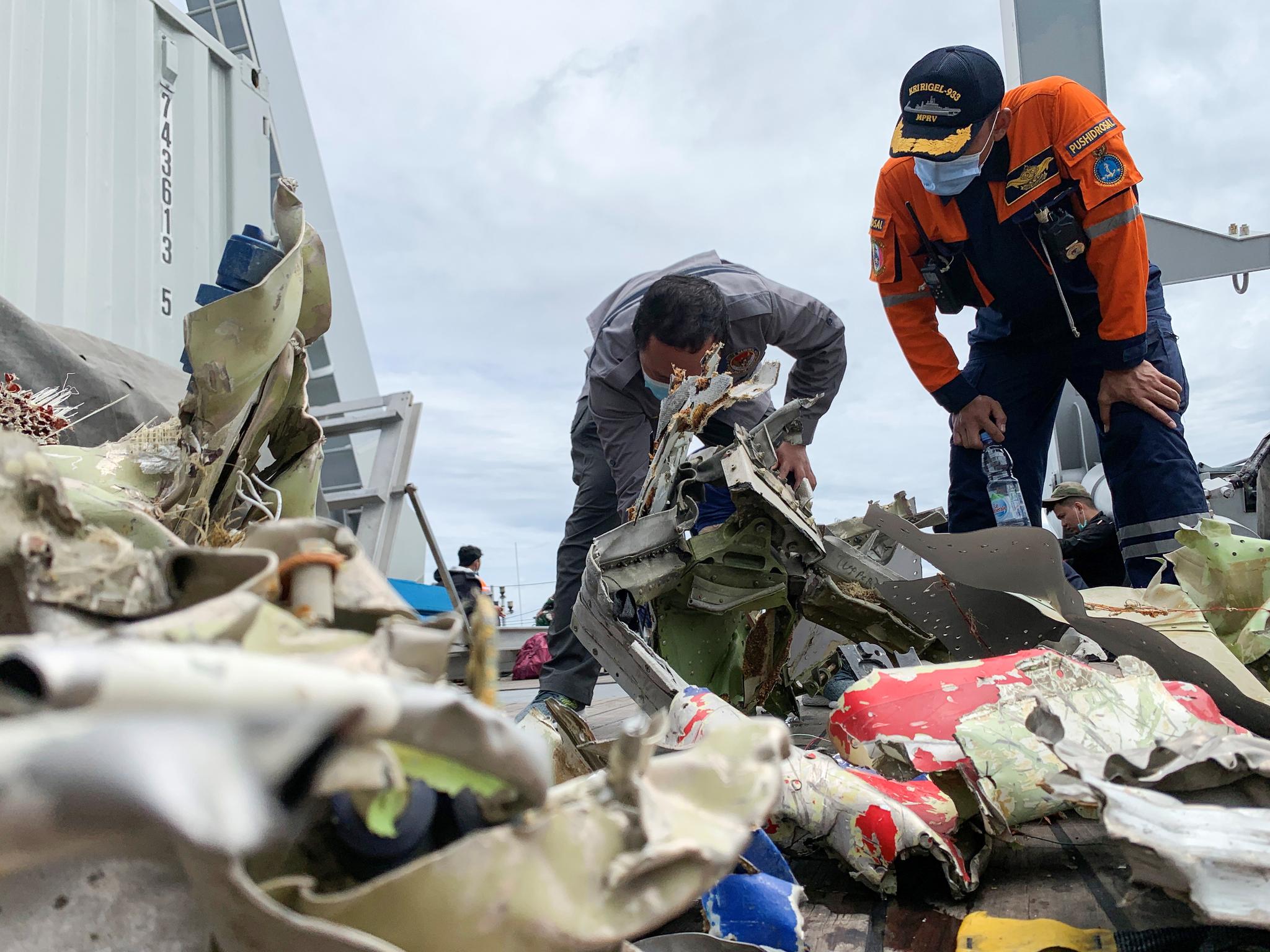 JAKARTA (Reuters) – Indonesian authorities have retrieved one of the black boxes from a Sriwijaya Air plane that crashed into the Java Sea at the weekend, a navy spokesman said on Tuesday.

It was not immediately clear if it was the plane’s flight data recorder or the cockpit voice recorder that had been recovered.

Transport Minister Budi Karya Sumadi and other officials were due to hold a news conference later on Tuesday.

The Boeing 737-500 plane with 62 people on board plunged into the Java Sea on Saturday, four minutes after taking off from Jakarta’s main airport.

Earlier on Tuesday, more human remains were found at the crash site, as well as personal effects such as wallets containing identification cards.

The plane was headed on a domestic flight to Pontianak on Borneo island, about 740 km (460 miles) from Jakarta, before it disappeared from radar screens.

It was the second major air crash in Indonesia since 189 passengers and crew were killed in 2018 when a Lion Air Boeing 737 MAX also plunged into the Java Sea soon after taking off from Jakarta.

The jet that crashed on Saturday is a largely different design.

Once the flight data and cockpit voice recorders are recovered, Indonesia’s National Transportation Safety Committee (KNKT) has said it expects to be able to read the information in three days.

With few immediate clues on what caused a catastrophic loss of control after take-off, investigators will rely heavily on the flight recorders to determine what went wrong.

The Sriwijaya Air plane was nearly 27 years old, much older than Boeing’s problem-plagued 737 MAX model. Older 737 models are widely flown and do not have the stall-prevention system implicated in the MAX safety crisis.

Image: A National Transportation Safety Committee official (L) and a search and rescue agency member on board the navy ship KRI Rigel inspect debris retrieved from the sea floor during the search and rescue operation for Sriwijaya Air flight SJ 182 off the Jakarta coast, Indonesia, January 12, 2021. REUTERS/Yuddy Cahya Budiman

Boeing to pay $2.5 billion to settle US criminal probe over 737 MAX crashes