Al-Fiki told al-Arabiya satellite television station that as chairman of the party, Mubarak simply restructured the NDP’s executive board and appointed a new secretary general.

Egyptian state television reported on Saturday that the entire executive board of the ruling NDP had resigned, following reports that certain board members had hired thugs to attack the protesters currently demanding Mubarak's ouster.

State television announced that Hossam Badrawy, the party’s leading reformist and head of the Policies Secretariat's education and scientific research committee, was appointed policies secretary in place of Gamal Mubarak. He also took al-Sherif's place as the party's secretary general.

Badrawy, who comes from a wealthy family, is a professor of obstetrics at Cairo University, a member of the board of trustees of the Bibliotheca Alexandrina and president of the Nile Badrawy Hospitals Group.

Badrawy has repeatedly declared his opposition to the NDP in the past, calling for constitutional amendments to streamline procedures required to become a candidate in presidential elections. 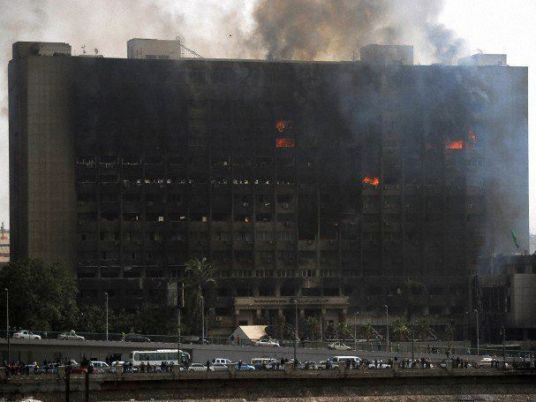