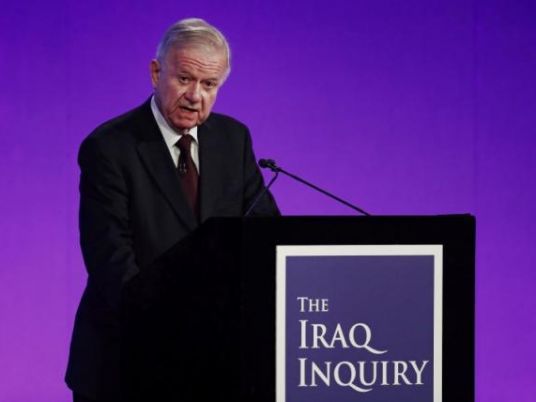 A British inquiry into the Iraq War found that an aggressive purge of members of Saddam Hussein's Ba'ath party led by the late, American-backed politician Ahmed Chalabi "had a significant and lasting negative impact on Iraq" that laid the groundwork for the deadly sectarian conflict ravaging the country today.

The British investigation, led by Sir John Chilcot, found that UK and American officials sought, but largely failed, to limit post-war purges led by Chalabi and other Iraqi Shi'ite politicians that destabilized the country's ethnic and religious balance.

Chilcot, who reviewed UK government records and interviewed top British officials involved in Iraq policy, reported that while U.S. and British officials assumed before the war that some kind of purge of pro-Saddam Ba'athists would have to take place, "no clear plan" for doing so was agreed before Iraq was invaded in 2003.

Disagreements among U.S., British and Iraqi officials about how extensive the purge should be started almost immediately after Saddam was deposed, Chilcot found.

U.S. and British officials agreed it should extend to the top three levels of Ba'ath party members – up to 5,000 individuals. But some Iraqi politicians argued the purge should cover a fourth level, exposing an additional 30,000 government employees, including schoolteachers, to unemployment.

At one point, Chilcot reports, a British government internal paper commented that a purge of Ba'athists down to the fourth tier would be "excessive and detrimental to public service provision."

Nonetheless, the post-war coalition authority in Iraq purged the top four ranks. The decree fired Ba'ath party members from government jobs and banned them from holding them in the future, Chilcot reported.

Chalabi, a U.S.-educated financier with a history of financial troubles who died last November, then headed a De-Ba'athification Commission the Iraqis created to carry out the purge.

In the months before the U.S.-led Iraq invasion, Chalabi had fed stories to the media and backers of the war alleging that Saddam's regime had weapons of mass destruction and links to the Sept. 11, 2001, attacks on the United States.

Post-war U.S. investigations established that many of the stories spread by Chalabi's group were unprovable or false.

Former U.S. officials said operatives working for Chalabi managed to seize control of Ba'ath Party files over the objections of U.S. officials, the report found. These files became a key resource for the De-Ba'athification Commission. Chalabi's aides also sold some of the records for cash to U.S. agencies.

Yet U.S. and British officials failed to rein in Chalabi and the council. In 2006, Britain's Joint Intelligence Committee reported that "there has been no significant change in de-Ba'athification policies," the report found. In 2007, British officials warned that de-Ba'athification was a "major inhibitor" of reconciliation between Sunnis and Shi'ites, Chilcot reported.

The report concluded that "The UK chose not to act on its well-founded misgivings" about the extent of de-Ba'athification.