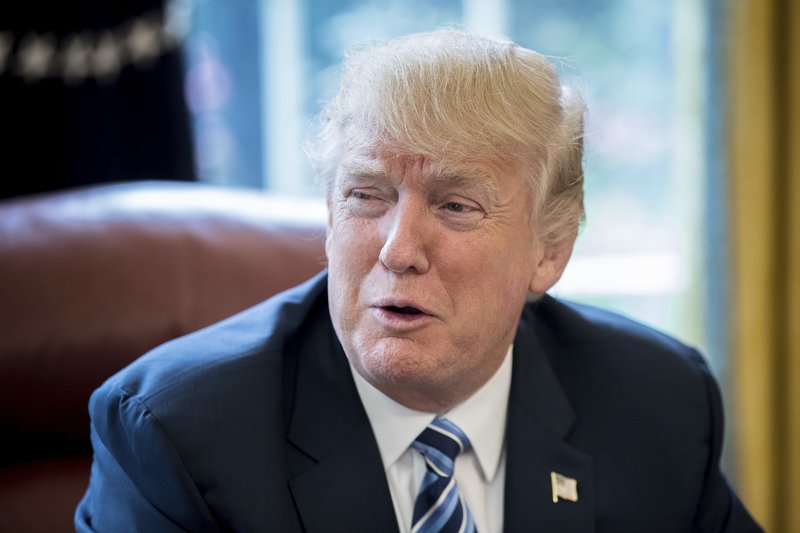 Lawmakers pushing a fast-moving impeachment probe against President Donald Trump were set to hear Friday from a key intelligence official as new evidence showed how the president pressured Ukraine to help him win re-election.

Trump is accused of pushing Ukraine’s President Volodymyr Zelensky to investigate the US leader’s 2020 election rival Joe Biden in return for $400 million in military aid, in a mushrooming scandal that has engulfed the White House, State Department and Justice Department.

With Congress due to hear from intelligence community inspector general Michael Atkinson, the White House was reeling from the release of text messages illustrating US officials’ concerns about the administration’s attempt to push Kiev into investigating Biden.

When a whistleblower filed a complaint in August alleging that Trump had pressured Ukraine’s president to dig up dirt on Biden, it was Atkinson that deemed it a matter of “urgent concern” and passed it on to the Justice Department.

Among the trove of texts released by the House intelligence committee late Thursday was a message from US special envoy to Ukraine Kurt Volker to a Zelensky aide saying that the Ukrainian president should open the investigation in return for a visit to the White House.

“We have ample evidence now that there was a requirement that President Zelensky investigate the 2016 election, and the Bidens, if he wanted to get a meeting,” Democrat Eric Swalwell said after Volker testified for eight hours.

‘NOTHING to do with politics’

It is illegal for a US national to seek foreign help in a domestic election, regardless of whether an inducement is offered.

Trump’s frustration and anger over the scandal have boiled over in a series of increasingly erratic and outlandish public appearances and Twitter rants in which he flitted between defiance and conspiratorial paranoia.

“As President I have an obligation to end CORRUPTION, even if that means requesting the help of a foreign country or countries,” Trump tweeted Friday.

“It is done all the time. This has NOTHING to do with politics or a political campaign against the Bidens. This does have to do with their corruption!”

Trump stunned Washington Thursday by openly calling on China as well as Ukraine to investigate Biden — doing brazenly in public what he is trouble for doing in a phone call with Ukraine’s leader.

Speaking in Florida Thursday, Trump blasted his accusers as “maniacs” pursuing “impeachment crap” as he sought to turn the tables on a probe that threatens to make him only the third US president ever impeached in the House of Representatives, and face a trial in the Senate.

Trump doubled down by calling for Zelensky and Chinese leader Xi Jinping to go after Biden, who leads the race for the Democratic presidential nomination next year.

“I would say that President Zelensky, if it were me, I would recommend that they start an investigation into the Bidens,” Trump told reporters outside the White House.

“Likewise, China should start an investigation into the Bidens, because what happened in China is just about as bad as what happened with Ukraine.”

Asked if he would request Xi do the same, Trump replied: “It’s certainly something we can start thinking about.”

Adam Schiff, the Democrat leading the impeachment probe in the House of Representatives, said Trump was acting “with impunity” in the face of the law.

“Once again we have a president of the United States suggesting, urging a foreign country to interfere in our presidential elections,” Schiff said.

Trump alleges falsely that Biden, as vice president in 2014, tried to block a Ukraine corruption probe into his son Hunter’s business partner, a Ukraine gas tycoon, using US aid as leverage.

He also alleged without evidence that Hunter used his stature to raise $1.5 billion in 2013 from China for a new investment vehicle in Beijing.

Republicans who sat in on the interview with Volker said he did not support charges that Trump withheld hundreds of millions of dollars in military aid from Ukraine to force Zelensky to open an investigation, as was alleged in a whistleblower complaint made public last week.

“It is crystal clear… that any allegation that President Trump was trying to get President Zelensky to manufacture dirt on the Bidens is just not true,” said Representative Lee Zeldin, before Volker’s testimony ended.