Mixed marriages are one of the results of globalization; match points between people with different backgrounds, from diverse cultures, countries, and/or of different religions. While these unions come with their own intrinsic set of challenges, some countries make it even more difficult by creating bureaucratic obstacles or making it illegal for people of different religions to marry altogether.

According to the Egyptian Constitution, which was amended on February 15 by a committee convened by the Supreme Armed Forces Council  following the resignation of President Hosni Mubarak, “Egypt is a democratic society in which Islam is the state religion.” Articles 40 and 46 guarantee the freedom of belief and worship, and the Article 8 establishes “equal opportunity to all Egyptians.” However, a unique article can create an unequal status for non-Muslim citizens.

Article 2 of the Constitution, in fact, not only declares “Islam the religion of the state and Arabic its official language”, but also “Islamic jurisprudence (Sharia Law) the principal source of legislation.”

According to Sharia Law, non-Muslims citizens, otherwise called Dhimmi, enjoy a certain degree of autonomy in matters relating to personal status “by way of exception.” Under the current situation, non-Muslims have limitations in the areas of marriage and divorce and Islamic law is applied to marriages where one of the spouses belongs to a different religion.

A Christian woman can marry a Muslim man without converting to Islam while the opposite is forbidden, according to Shari’a. In fact, the religious status of the children is established by the father’s religion. If the father is Muslim, the kids are Muslims by law; this is one of the reasons why the mother is not forced to change her religion, but, at the same time, she has to accept that her children will be, by law, Muslims.

Nevertheless, mixed marriages are increasing in Egypt, as they have been for decades in other parts of the world. According to a Jesuit priest and expert from the Coptic Church who prefers to remain anonymous, “some women decide to convert to Islam to avoid bureaucratic restrictions, while some others accept that their children become Muslims.”

According to him, if a Muslim woman who is with a Christian man converts to Christianity, she can be punished by law for committing a crime even though the Egyptian law does not officially prohibit apostasy. Her children are labeled as illegitimate, and they cannot receive a birth certificate because the father is unrecognized. In some countries, a fatwa is issued against the woman. For this reason, many women might decide to convert in secrecy or flee the country.

Apostasy is considered a violation of public interest, resulting in the nullification of the marriage. It prevents the man or woman from entering into another marriage and excludes him or her from inheritance rights, and the person’s parental rights are denied. Additionally, if a Muslim man marries a non-Muslim woman and the man dies, she is not entitled to any inheritance because according to Sharia, a non-Muslim cannot inherit a Muslim's property.

Putting love to the test

Martino Pillitteri is an Italian journalist, who is currently working for the weekly “Vita magazine” and coordinating the monthly paper “Yalla Italia,” a magazine entirely written by the second generation of young Arabs living in Italy.

His working liaison with the Arab world began for love. Many things have changed since he met Noor, an Egyptian woman. After he asked her to marry him in New York, their love ended in Cairo, but its memory survived in “When Muslim women prefer the unfaithful,” a biography published in 2010 by Mursia and currently limited to the Italian version.

Pillitteri’s book outlines the troubles faced by the young couple because of their different cultures and religions with sarcasm and criticism, often using clichés that infuse the deeply controversial subject with a bit of humor.

Noor practically forces the 'naïve’ and love-struck Italian guy to marry her; she does not even consider the option of letting him take her on coffee dates first and, despite her education, she does not critically analyze her religious conventions. She is, of course, not representative of the entire young female Arab generation. However, the story illustrates some of the everyday problems that mixed couples face and attempt to overcome in the name of love.

“I would not say the mixed couples are an enrichment,” is Pillitteri’s immediate comment on marriages between people of different faith. “I would rather define them as a reciprocal angry state of mind because you constantly crash into cultural differences like the diverse concept of time and place, and finding a meeting point might be very difficult sometimes.”

Mixed couples can survive, though, despite evident obstacles. “What really makes it difficult for them to last,” the author, who is happily married to a Moroccan woman, says “ it is the strong judgment the couple perceives from the community in Middle Eastern countries. This might amplify internal conflicts and incompatibilities.”

The only solution for mixed couples seems to be living in a ‘neutral territory.’ As Pillitteri says,  “In a laical country, there might be more chances; both partners feel free to practice their faith without external influence. The laical context can break those taboos that cannot be overcome in the Middle East.”

Even if neutrality can help the reciprocal acceptance, the prevalence of divorce is noteworthy in Egypt as well as in secular countries, as sometimes a a couple's differences become too great to overcome.

According to Pillitteri, “Egypt is the maximum expression of the contradictions of the Arab and Islamic culture. In Egypt, culture has dominated religion, and religion is exercising control over politics creating a system where government’s leaders do not succeed in enforcing rules, while imams do. This connection between politics and religion has weakened both of them, and it has led to an ambivalent relationship between the worshipper and its religious system, especially concerning sexuality.”

However, for some, love and mutual respect can supercede religious issues.

“It has not been difficult for me,” says Delal, a Muslim Moroccan who grew up in Italy and married an Italian Catholic, “because I think that in order to get along with your partner a common religious belief is not fundamental, even if I do not deny that I would like my husband to convert to Islam, I also believe that two people can overcome any obstacles if they love each other.”

Delal’s marriage was celebrated in a church, but without the Holy Communion, and a second wedding party without any religious celebration was organized in Morocco. “My whole family, in Italy as well as in Morocco, accepted our decision because the only important thing for them is my happiness.”

Even without tangible troubles, Delal does not believe she would have had the same opportunity in her native country, “because there you experience and feel the religion in a much more intense way, even though the mentality has opened concerning this issue lately in Morocco.”

Marwa Rakha, a blogger, writer and human activist, often writes about relationships in ‘Egyptian Fe-mail’ and ‘Marwa Rakha’s blog’ and in the book "Poison tree."

“In an ideal world, religion should be the relationship between a person and his creator!" she wrote by email. "Religion should not be open to discussion or controversy!” Marwa believes that people are entitled to their own beliefs and no one should question their choices, saying “This is why the whole issue of interfaith marriages or relationships is absurd to me."

The Egyptian blogger doesn’t see any point in labeling people based on their religion. “If a Muslim wants to get married to a man or woman from any other religion or vice versa–so be it! As long as this man and this woman are mature enough to know that religion is about values and ethics not rituals,” she explains. But Rakha has no illusions that her perspective is widely accepted in real life. “People are plagued with power struggles; when they get married, they want to force their ways on their partner and on their kids.”

For others it is a matter of avoiding heartache. “Love someone with your brain, not with your heart” was the comment posted on mixed marriages by ‘Wandering Scarab’, an Egyptian blogger living in Canada; this will save you from much suffering. It might be true. 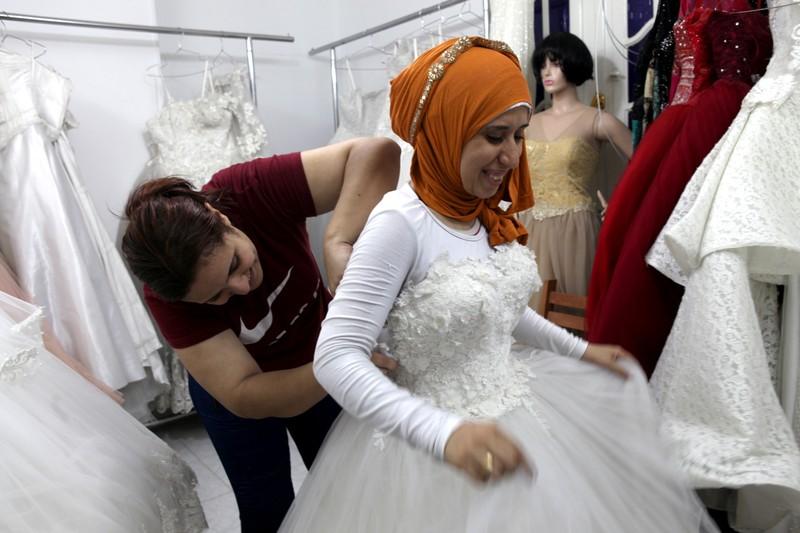 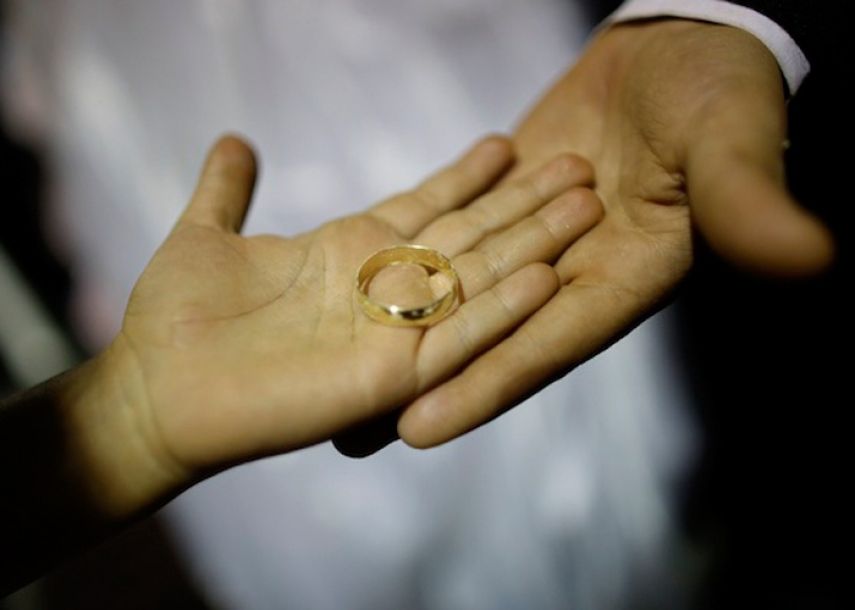