It’s over, folks. Red noses are packed, juggling balls are back in their boxes, shapeless hats are folded and kilos of glitter have been swept up.

The first Cairo International Circus Festival lasted so long–roughly two weeks–that being able to go to the circus and see a show filled with heavily made-up clowns, dancers in spandex and soaring acrobats felt almost like a habit, and a pleasant one. The troupes were many, the venues varied, and the city brimming with circus performers.

In total, 12 European troupes, a troupe from Palestine and one from Lebanon introduced their own vision of circus to a sometimes bewildered yet always enthusiastic Cairene audience.

Over 13,000 people attended the festival, and each and every troupe could count on a large and participative crowd.

At the opening ceremony, Ashraf Kenawy, the festival manager, expressed the wish that this festival would “revive the simple entertainment spirit folk circus creates and expand its audience base.” Well, in spite of some unavoidable organizational challenges, the festival certainly accomplished that, introducing many styles of circus and completely redefining the practice for most Cairenes, whose minds had no doubt been crowded with images of the traditional the three rings.

Saturday’s closing ceremony was held in a very special venue, in the middle of Islamic Cairo’s sumptuous Moez Street. Among the street’s lighted domes and minarets, at the feet of the massive Qalaoune Mosque, was a bright stage.

Hundreds of people, some of them sitting in front of the stage in the regulated area and others crowding all around, followed the four-act grand finale.

The first troupe to climb on stage was France’s Les Trois Points de Suspension. On compressed air stilts, three giants performed aerial acrobatics while the fourth member, a confirmed jazz musician, accompanied their gracious whirls. The mixing of jazz music and acrobatics was even more enchanting than it was innovative.

The seven members of Rotiknor, from the Netherlands, impressed the audience with well-crafted figures that challenged the audience’s sense of equilibrium. But the performers were not always able to sustain the performance’s rhythm and dynamism, which led to furtive moments of general boredom.

The momentary sleepiness witnessed on some of the audience's faces was erased when the Lebanese troupe Ecole de Cirque du Liban made a flashy entrance accompanied by blaring techno music. In spite of this opening, their performance was the most traditional of all, focusing on impressive and skillful juggling.

Later, a half-naked muscular acrobat dressed in electric blue tights skillfully escalated an impressive pile of chairs until he was far above the stage, his legs spread wide and his weight supported only by his large arms.

The last troupe to make an entrance was Starbugs from Switzerland. Three men, fully covered in black, ample tracksuits, danced in a hip hop style for a few minutes until one was forced to stop when his pants fell miserably around his ankles. The following buffoonery of the show was extraordinary, with constant comic moments accompanied by made-to-measure sound games. Starbugs has created a new type of circus trend called “rhythmic comedy,” with the sole purpose of entertaining via great dance and acrobatic skills. 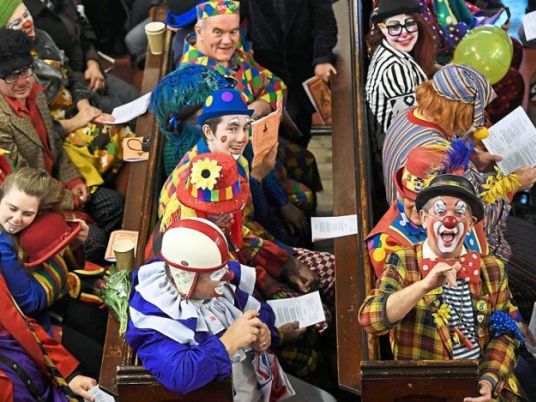 When clowns celebrate a clown 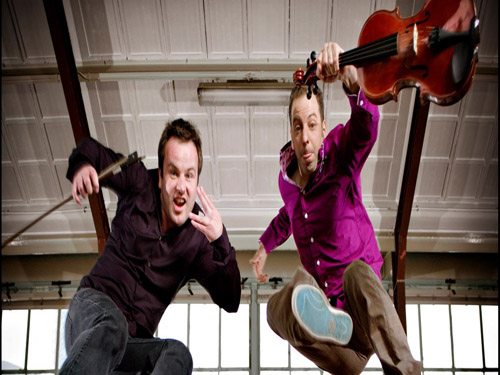