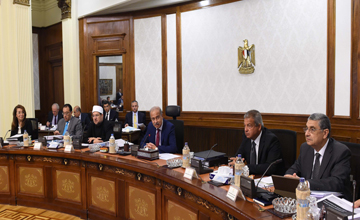 During the meeting, Ismail issued a decree to activate the Public Authority in the Golden Triangle area. The Authority, located in the city of Safaga, aims to develop Upper Egypt and create an urban community in the Nile Valley.

The Golden Triangle project takes up $2.5 billion in construction of roads and railways, Minister of Trade and Industry Tarek Qabil said in a press conference on Wednesday.

General Shawki Rashwan, head of the Sinai Development Authority, noted that the Authority plans to construct 5,000 housing units in co-ordination with Ministry of Housing.

Additionally, Governor of North Sinai Abdel al-Fattah Harhour stated that the Authority will replace the water reserve network in al-Arish — with an allocated LE720 million — as well as the electricity networks in Rafah and Sheikh Zuweid.