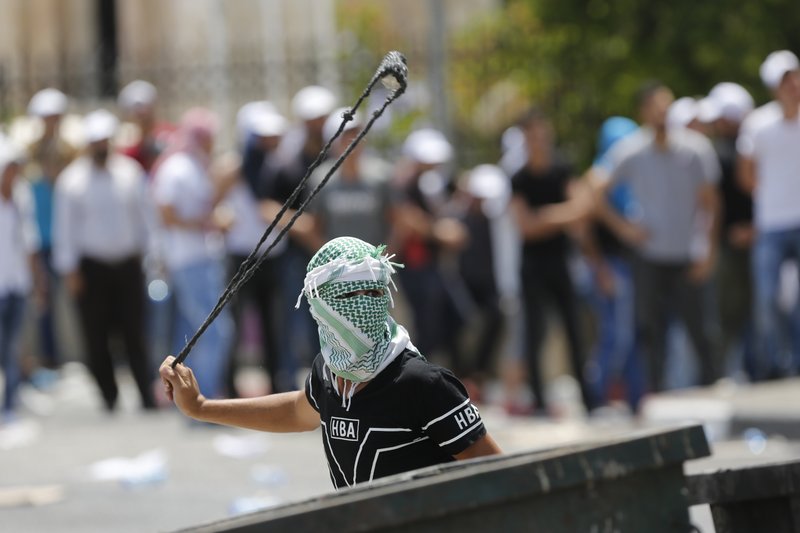 Iran’s foreign minister on Tuesday met with Qatar’s ruling emir as a quartet of Arab states continues its boycott of the energy-rich nation, in part over relations that Doha maintains with Tehran.

Mohammad Javad Zarif’s visit is likely to further inflame officials in Bahrain, Egypt, Saudi Arabia and the United Arab Emirates, which began their boycott nearly four months ago, on June 5.

It also comes as a new academic survey published this week suggests that the average citizens in the Arab nations of the now-fractured Gulf Cooperation Council do not see Iran as an existential threat in the same way their leaders do.

Zarif on Monday met with Omani officials, including Sultan Qaboos bin Said, who has ruled Oman since 1970 and has served as an interlocutor between the West and Iran.

“None of the regional crises have a military solution,” Zarif said at the meeting, according to Iran’s semi-official Tasnim news agency. All sides should “give priority to regional initiations for restoring collective stability and security.”

Qatari officials offered no immediate comment on the meeting.

Qatar pulled its ambassador from Tehran in early 2016, after Saudi Arabia’s execution of a prominent Shiite cleric sparked attacks on Saudi diplomatic missions in Iran. The pullout was a Qatar move offering solidarity with the kingdom, which has long expressed concerns over Doha’s pursuit of its own maverick foreign policy supporting Islamists, as well as being the home of the Al-Jazeera satellite news network, which ranks among the Arab world’s most influential TV channels.

The boycotting nations have cut off land, sea and air routes to Qatar, a small peninsular nation that sticks out like a thumb in the Persian Gulf. In August, Qatar restored diplomatic ties after Iran sent food to Doha and allowed Qatari planes to increasingly use the Islamic Republic’s airspace.

Iran and Qatar have strong shared commercial interests, namely a massive offshore natural gas field, called the South Pars Field by Tehran and the North Field by Doha. That gas field’s vast reserves have made Qataris have the highest per capita income in the world. Those reserves have also funded Al-Jazeera and helped secure hosting the 2022 FIFA World Cup.

The crisis has split the hereditarily ruled nations of Gulf Cooperation Council, a regional bloc representing Bahrain, Kuwait, Oman, Qatar, Saudi Arabia and the UAE that formed in part as a counterbalance to Iran. Kuwait has tried unsuccessfully to mediate the crisis, as has the United States, which has a major military base in Qatar.

Leaders in the Sunni Arab countries of the Gulf, those in Saudi Arabia and the UAE especially, view Iran with suspicion after its advances on the battlefields of Iraq and Syria against the Islamic State group. They also worry about Iran’s nuclear program and the 2015 deal that Tehran struck with world powers over it.

But face-to-face surveys of over 4,000 GCC citizens conduced in recent months found that with the exception of Bahrain, the spread of extremist organizations like the Islamic State group and al-Qaeda represented their biggest worry, said Justin Gengler, a senior researcher at the Social and Economic Survey Research Institute at Qatar University.

Gengler said the survey, funded by the Qatar National Research Fund before the diplomatic crisis began and conducted along with researchers from the University of Michigan, was conducted in every GCC country except the UAE. Gengler first published his results Monday in Foreign Affairs. The margin of error was below 4 percent among the surveys in each country.

“If it’s not the case that people feel threatened militarily by Iran, how is it that governments continue to talk about it?” Gengler told The Associated Press. “At the end of the day in the Gulf, regime stability is the No. 1 priority guiding every decision rulers make. … Elites have their objectives and citizens have their own priorities in daily life and they don’t always match up.”

Palestinian cabinet convenes in Gaza in move to reconcile with Hamas